52. Devil’s In the House of the Rising Sundae 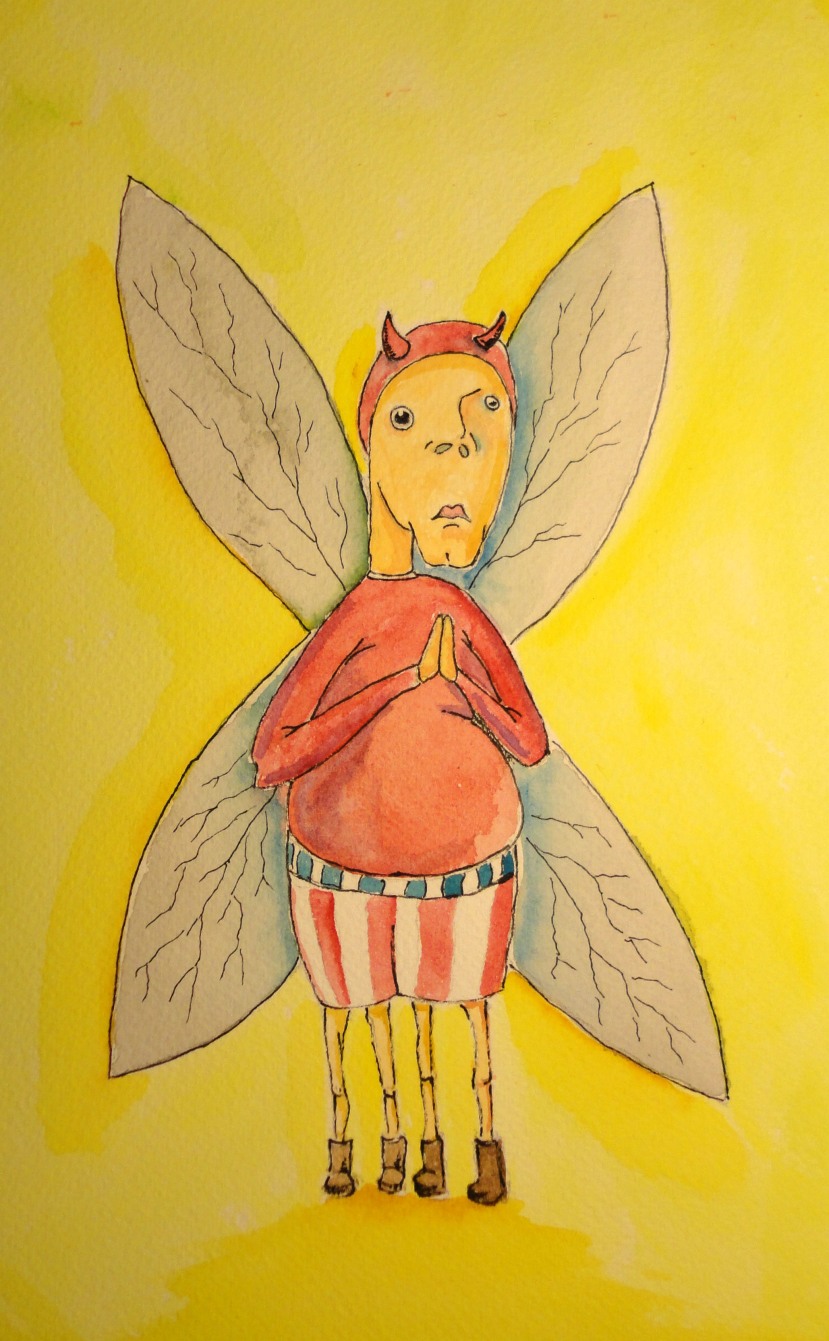 Highway 11 was the back fence of my small world, the northernmost boundary of my known universe.  It wasn’t much to look at — a black two-laner bordered by peach orchards, pine trees, and kudzu.  Big rigs tore down the blacktop on their way to and from Gaffney, sucking my bicycle into their wakes and just as swiftly spitting me out again.  All of this is simply a romantic way of telling you that there wasn’t shit to do on Highway 11 except move from point A to point B.  And visit Don’s.

Don’s Stop and Shop stocked the bare necessities:  tobacco, soda, and candy; pickled eggs and pig feet; and Playboy.  Don partitioned off the far end of the store and opened The Sundae Shoppe for his wife, Betty.  That shop consisted of an ice cream freezer, microwave, coffee maker, and one of those stainless steel torture devices that rolls hot dogs back and forth until either they are eaten or they give up government secrets.

This is where I spent my afternoons now, my career in lawn care over.  Occasionally I had to heat up one of the hairy beef patties that Don bought from a local farmer, or dump a pot of water into the coffee maker.  Now and then I even needed to actually serve someone ice cream, but that was rare.  I doubt I ever brought in twenty bucks in a night at The Sundae Shoppe.  The Joust and Galaga machines by the front door made more money than the food service.

I never understood how the place stayed open.  There was never a customer there when I arrived.  If Betty was working the day shift country music played quietly in the background.  She was always polishing.  “Not too busy today,” she would tell me.  “Might be a big night.”

When Danny was on the day shift Charlie Daniels, .38 Special, or Hank Junior blared from the radio.  A thick farm boy, Danny  always was planted on a stool in front of the Galaga machine, unlit cigarette dangling from his lip.

“What’d you do today, city slicker?”

“Ain’t nothing going on here.  I’m just going to finish this game and get on out of here.”

At night I put the lids on the ice cream tubs and moved the shrivelled hot dogs off of the rollers and back to the refrigerator where they could await another day of torture.  Sometimes I carried the coffee by the pot rather than the handle, my own little Kane from Kung Fu test for admittance into Don’s Stop and Shaolin Temple.  Almost always the nights were quiet, but bright lights on a darkened highway are bound to attract someone.

“Hey man, what time do you get off?”  He couldn’t have been much older than me.

“You know down where the gravel turn off is?”

“You know the neighborhood back there?”

“Yeah, I mean I’ve never been down there.”

“You want to make twenty dollars?  There’s this lady down there that wants to fuck you.”

“I’m serious, man.  She’ll give you twenty dollars and all you have to do is fuck her.”

“She don’t want me she wants you.  Beside that she’s fat.”   He laughed and walked out.

My Galaga skills grew exponentially during my year as a Sundae Shoppe employee, as did my Kane-like ability to carry hot coffee.  I learned to never trust a roller dog, too, and every few weeks a visitor brought me a new story.

“On this side but the owner is just on the other side of the wall.”

“Ice cream and burgers and stuff.”

“No, I mean things maybe the owner doesn’t know about.”

“You could make five-hundred a week with these truckers along here.”

“Appreciate it, but I can’t.  Come by tomorrow and ask for Danny.”

He smiled, reached into his pocket.  ‘Let’s keep this between you and me.”  He tossed a pack of dirty playing cards at me.

I showed them to my older sister’s college friends, I guess so that they thought I was mature or something.  “If that’s what sex looks like I’m never doing it again,” one told me.

Danny occasionally came to work with deep cuts on his forehead.

For the record, if you happen to be at a cocktail party and a guest wearing camouflage whips out a hunting knife and starts hacking at his forehead you’ve likely met Danny.  Maybe he’s Daniel now, I don’t know; regardless, act impressed by the bloodletting.  It’s his only party trick.