68. Just Sitting Here Watching The Wheels Go Round and Round 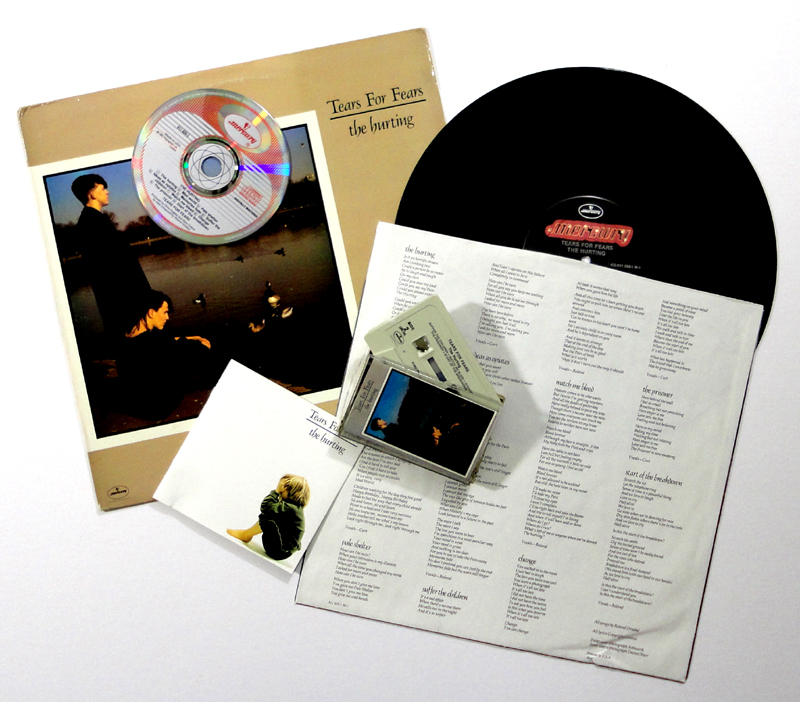 I know what you’re thinking because I’m thinking it, too.  Is Manimal available on DVD?  To which I say:  (1) I don’t know, and (B) I always took you for one of those Jennifer Slept Here snobs.  They think they’re so great.

But my story isn’t about television (spoiler alert: That’s the topic of the upcoming Why It Matters 2: Electric Boogaloo).  It’s about music, and Fall 1983 saw me walking into my junior year in a very Mod green and black striped shirt, skinny tie, and suede shoes so pointy I could drill holes with them.  Jill from Camelot Music called me over.

“Did you get a job at Record Bar?”

“Nope, still at Hardee’s.  I just got some new clothes is all.”

“Where’s Hillbilly Jim?  No more Levis and tee shirts?  What new music are you listening to?”

“Come by Camelot sometime.  I’ll turn you onto some new stuff.”  She had an English accent and elf boots.  I was powerless.

A couple of weeks later I showed up at Camelot just in time to see a guy with purple Nick Rhodes hair and size twelve elf boots storm out of the back room in tears.  He rushed past Jill and me and straight out of the store.  “What’s that all about?” I asked.

“Steve told him he couldn’t come back to work until his hair was a normal color.”

“I don’t, but that’s what he did when I came to work with my hair dyed blue.  Now let’s find you some new music.”  She studied the cassette wall like a pharmacist scanning the shelves.  “Oh, do you have this?  These guys are huge in England right now.”

“Oh, these guys are awesome.  I’ve been wanting to pick this up.”  So I lied.  She was the coolest person in Spartanburg County.  It’s not like I’m Liar McLiarson, get off me.

For a kid raised on the meat and potatoes of Sixties and Seventies bands fronted by powerhouses like Robert Plant and Roger Daltrey; who admired the baritones of Bowie, Iggy, and Peter Murphy; who at one point or another wallowed in the shrieks of Brian Johnson, The Nuge, and David Lee Roth; who thrilled at the operatic heights scaled by Bruce Dickinson, Rob Halford, and Ronnie James Dio…I’ve forgotten my point.  Oh, right: Roland Orzabel is a whiny pussy.

Tears For Fears’s The Hurting just as easily could have come from another planet as Camelot Music, or some distant future like 1994 when we’d all be wearing silver robes and sporting UPC tattoos.  The opening (and title) track was that foreign to me — the instrumentation, the structure, the lyrics.  I couldn’t super top secret shake my ass to it like funk, but I couldn’t bang my head to it like rock.  All I could do was sit and watch the wheels turn through the cassette deck’s window.  And listen.

The Hurting isn’t futuristic in a Kraftwerk or Tubeway Army way, nor is it the sound of traditional rock music pandering to the Orwellian dystopia that was the prevailing fashion at the time.  Alice Cooper’s “Clones” is an example of that.  Even Gary Numan’s “Cars” is a fairly traditional rock song with roots in twelve bar blues.

The closest corollary to what Tears For Fears was doing might be the folk or singer-songwriter genres by way of Arthur Janov.  Most popular music functions sort of as a garnish to life, a little bit of lemon that brings out the flavor of the main dish.  We aren’t supposed to study Parliament’s “Flashlight,” for example — we’re supposed to enjoy whatever we’re doing more because “Flashlight” is on.  On the other hand, nobody throws on “Blowin’ In The Wind” and calls the party people to the dance floor.

No, the point of “Blowin’ In The Wind” is to listen and learn, and as I sat there watching the little plastic gears of my new cassette spin  the discomfort of processing these new sounds was eased by their powerful medicine.

Is it an horrific dream?

Am I sinking fast?

Could a person be so mean

As to laugh and laugh?

Could you ease my load?

Could you see my pain?

Could you please explain the hurting?

Adolescents are susceptible to the profundity of lyrics, especially kids who are having a rough time of it.  Finding a voice that articulates one’s feelings is a relief, a comfort.  Hey, I’m not insane.  I’m not the only one who feels this way.  Every few years it seems some well-meaning but misguided soul confuses correlation and causality because the connection between musical preference and mental state can be so strong.  A teenager in some out-of-the-way town commits a heinous act, a stash of (band name) is found on his playlist; therefore, (band name) drove Billy to said heinous act.

That’s crazy talk, or at the very least wishful thinking.  If (band name) is responsible for Billy’s shitty disposition then we aren’t.  It’s not the father’s fault, though he criticized the kid mercilessly.  It’s not the peers’ fault for piling on with the verbal abuse, or the school’s fault for letting it happen.  It’s  not a bad deal of the genetic cards, an imbalanced brain that needs a little help.  No, it’s all (band name’s) fault, let the witch hunt begin.

I’ll lie right back and take the blame

and try to tell myself I’m living.

Around and around went the cassette’s gears, churning it all up again and again.  In retrospect the album’s lyrics are cringe-worthy, but that’s okay.  Some books have to be read at the right age in order to achieve maximum impact (Catcher In The Rye, The Bell Jar, On The Road, Tropic Of Cancer), and the same is true for some music.   Roland’s whiny pity party is best served in the midst of one’s own whiny pity party.  Thanks to Jill at Camelot Music The Hurting landed in my hands at precisely the right age, and as a result has been in my regular rotation for almost thirty years.