Susan Sarandon, Are You Listening? 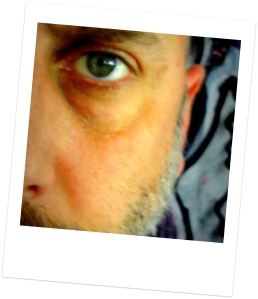 “Where is the lust?” a new reader asked recently after noticing my “Liquor, Lust, and Primer Gray Camaros Set To Music” subtitle.  Just a couple of weeks ago I received feedback that my sexual content was too strong.  Go figure.

The subtitle is actually a little inside joke dating back to my early twenties.  I was in the middle of my Henry Miller obsession, and I was telling a friend how much I admired Miller’s great titles:  Tropic Of Cancer, Sexus, Big Sur And The Oranges Of Hieronymus Bosch.  “If I ever wrote about my life I’d have to call it something stupid like Liquor, Lust, and Primer Gray Camaros,” I said.

Regardless, I wrote the check and now I have to cash it.  The liquor isn’t too hard to find.  There’s some here and here.   And the beat to death muscle cars  that rumbled across my childhood landscape — the Camaros and Novas and Torinos — show up throughout my little word doodles.  They don’t really mean much, they’re just window dressing.

Lust is very much in abundance, too, but it’s an adolescent lust.  That’s simply a chronological quirk, really.  Why It Matters in its entirety is a story, and its characters currently are teenagers.  Real people aren’t characters stuck in time, though.  At forty-five I’m not interested in teenage lust any more than I’m angry about the past.  We grow up and move on.

That was a delightful surprise, discovering that even sexually we grow up and move on.  What triggers my lust has aged along with me.  I can’t tell you who the starlet of the week is.  I’m immune to beer commercials and other “buy this product and get wildly fucked by hot hardbodies” advertisements.  I have no more interest in twenty year olds than they have in me.  Flirty young waitresses just embarrass me.

But that’s not what I’m talking about when I say that my triggers have aged with me.  That the slightest peek of pale skin or forbidden lace short circuits my brain is just an example of the strange psychology of erection, locked up in amber for the rest of my history.  No, what I mean is that the characteristics that trigger my lust have aged along with me.

I love the gray in your hair, not only because it’s a beautiful color but because you are comfortable enough to be yourself.  Okay, and it makes me a bit more comfortable with the gray in my beard.  Yeah, I admit it.

I love the wrinkles at the corners of your eyes and mouth.  You’ve spent a lifetime smiling, which means you might give my nerdy jokes a mercy laugh.

I love that your jaw line has softened.  You were always beautiful, but that young, angular face lacked gravitas.

I love your belly.  It’s soft and womanly and without pretense.  It’s a belly that loves life, not vanity.  Pulp Fiction’s Fabienne says, “It’s unfortunate what we find pleasing to the touch and pleasing to the eye is seldom the same.”  Seldom isn’t never.  I’ll take curves any day.

I love that you don’t care what people think about what you read, watch, or listen to.  Those facades we hauled around as younger people were exhausting.

I love that you let me adore you.  I don’t mean to complain, but it’s hard sometimes to be a man.  I’m not your boss, your competition, or your coworker.  I’m not The Man trying to keep you down or put you in your place.  I just want to open the goddamned door for you because it’s polite.  I want to pick up the check,  open the jars, hold your hand. There’s no gender politics at work.  That you realize that says everything about your character.

We age, embrace it.  Kindness, humor, confidence, and intelligence mean so much more than anti-gravity breasts, six-pack abs and a heart-shaped ass.  Don’t confuse my little writing project with some idealized notion of sexuality, or a suggestion that sex belongs to the young and the flawless.  They’re just stories of an awkward past, but you are here in the present.  And you are absolutely beautiful.