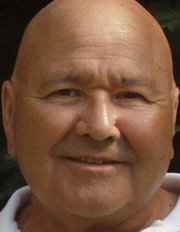 “Good Rockin’ Ray” was one of those guys who was unknown outside of his profession but was a giant within it.  Drummers revered the man as one of the funkiest drummers to ever grace the drum kit, but the guy had his priorities in order.  He moved to Sacramento, California in 1967 to raise his family, and that’s where diabetes caught up with him on May 19.

His list of credits is impressive, but what really grabs me is the impact he had as influence and mentor to so many drummers without the music industry getting in the way of his family life.  It seems like quite a feat until you read what he told author Jim Payne:

“If there are a million people watching you, or a club full of drunks, or if you’re in a rehearsal room, it doesn’t matter.  The magic in the music is the payback that you can’t measure in money.  It’s why we do it.”

Here’s the great Ray Torres at age nineteen, backing up Delbert McClinton and Bruce Channel on the classic “Hey Baby”:

You can read a proper obituary for Mr. Torres here.