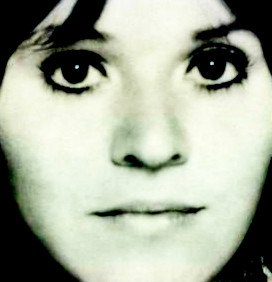 The time was nearing eleven p.m. when twenty-two year old Melanie Safka, or Melanie, took the Woodstock stage.  A label mate of Bert Sommer’s over at Buddah, she was enjoying a little success in Europe with her single “Bobo’s Party,” but she was still a few years away from her biggest hit, “Brand New Key.”

Melanie may have been the sixth act on opening night’s card, but hers was the first solo female performance at Woodstock.  Her sound was period folky, perfect for an evening shared with Richie Havens, Tim Hardin, and Joan Baez. Songs like “Momma Momma” and “Beautiful People” captured the hippy zeitgeist, and Melanie’s reaching vibrato foreshadowed artists like Stevie Nicks.

She’s still out there performing occasional gigs, writing, and being generally awesome.  You can visit her here.

Here’s Melanie’s complete Woodstock set list along with where to find official releases of  her performance:

Your official Woodstock soundtrack to date: 19

<< Back To Ravi Shankar

Here is Melanie‘s set as it appears on the Back to the Garden archive, including announcements, etc.: