From the Stacks: UFO – Force It

Hipgnosis, the Michelangelo of album cover design firms, created the jacket for Force It along with several other UFO albums.  The image is either sexy or rapey, depending on the viewer’s frame of mind and how literally he or she takes the album title.  When the album was released in the US the figures on the cover (Throbbing Gristle’s Genesis P. Orridge and Cosey Fanni Tutti) were turned into sexy/rapey ghosts, which somehow made the whole affair more palatable: 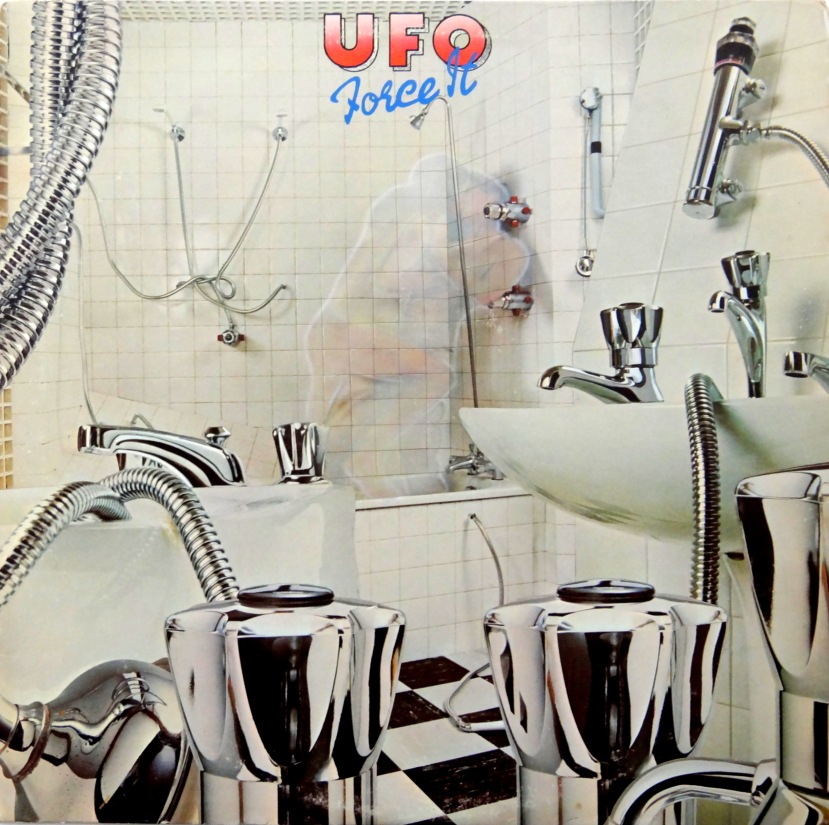 What the gatekeepers overlooked in this case was the inordinate amount of plumbing in that bathroom.  Sure there’s a couple in the shower, but also a large number of faucets.  Faucet/Force It — get it?  Those Brits and their puns, you have to love it.

Force It is a great album and it has a Hipgnosis cover and that cover is controversial.  In other words, it’s a perfect addition to your stacks.  There’s a recent UK release on 180 gram vinyl if you’re into that, or you can buy the original in the ten dollar range.  Happy hunting.