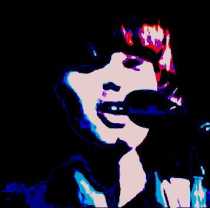 It’s after midnight,  and the Grateful Dead have finally cleared the stage.  A good portion of the muddied audience is wiped out, having spent two straight days overcrowded, underfed and wet — not necessarily stoned but beautiful.

The opening riff of  “Born on the Bayou” whirls from the towers, whipping Max Yasgur’s pasture into a humid swamp, mossy and magical.  Powerful voodoo, especially coming from three junior high school buddies from Northern California.

Brothers John and Tom Fogerty hooked up with Doug Clifford and Stu Cook as garage band kids, and by age nineteen (except for Tom, who was three years older than the others) had a record deal with San Francisco-based Fantasy Records.  Another three years passed while John and Doug completed their military service, but by 1967 the mighty Creedence Clearwater Revival juggernaut was up and running.

You pretty much know the rest of the story, or at least some version of it.  Depending on the teller John Fogerty got a bad case of lead singer-itis, or the rest of the band was a bunch of lazy ingrates hellbent on grabbing power.  Regardless, five years later the band was done and the lawsuits were just beginning.

Woodstock is another bitter footnote in the Creedence family saga.  Apparently self-appointed bandleader John Fogerty felt the band’s performance that early Sunday morning wasn’t up to standard and refused to sign-off on its use in either the film or the original soundtrack.  Over the years other band members allegedly stated their displeasure with this decision, and who can blame them?  That decision wiped one of the greatest active bands of 1969 from the collective pop culture memory of the greatest music festival of all time.

Sure, there are problems with their set, but who cares? Fogerty is in great voice, the groove is strong, and their cover of Screaming Jay Hawkins’s  “I Put A Spell On You” rocks hard.

These things are subjective, obviously, but I think Creedence’s set belongs up there in the top ranks of Woodstock moments.  I sure as hell listen to the CCR set more often than Joan Baez’s, but your mileage may vary.

I don’t need to bring you up to speed on John Fogerty.  He’s still out there, an elder statesman now for American music.

Doug and Stu are still at it, too, in the form of Creedence Clearwater Revisited.  Check out their website for a cruise ship, Indian casino, or state fair appearance near you.

Unfortunately John’s older brother, Tom,  was taken out by AIDS back in 1990.

So will there ever be a CCR reunion?  Who knows.  Fogerty says it’s possible, Stu and Doug say it ain’t going to happen.  Money talks, though, so we’ll see.

Meanwhile, here’s Creedence’s Woodstock set list.  You can find the whole thing on a pretty sweet bootleg imaginatively titled CCR Live At Woodstock; additionally, listed below are the legitimate releases:

<<< Back to the Grateful Dead

Here is Creedence‘s set as it appears on the Back to the Garden archive, including announcements, etc.: