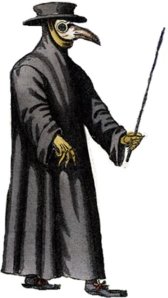 Larry Spragg, Night Doctor just might be the greatest television vehicle Wayne Rogers never starred in, but there’s still hope.  Trapper John recently turned 80, which sounds like just the right age for a comeback.  We miss you, Wayne-O!

While we wait for that television masterpiece to be produced, let’s listen to some songs about doctors:

“Somebody Get Me A Doctor,” from the classic Van Halen II.  Ow!  Whoo! Yeah!

“Dr. Robert,” The Beatles.  One of those rare Beatles songs that hasn’t been played to death, yet demonstrates all of the Beatles’ goodness — the harmonies, the jangly Rickenbacker, the noodly bass line, the eccentric lyrics.  Ringo is in there somewhere, too.

“Doctor,” The Treatment.  I picked this one up a couple of years ago on a compilation CD.  It’s such perfect cock rock that I can’t tell whether its serious or a parody, but the hook is great.

“I Don’t Need No Doctor,” Ray Charles.  The fact that I haven’t talked about Ray much should not be misconstrued as a dislike of Ray.  The guy was magic.

“Time Will Be Your Doctor,” Tucky Buzzard.

Okay, there are a lot of doctor songs left out there for you to add.  Get to it!