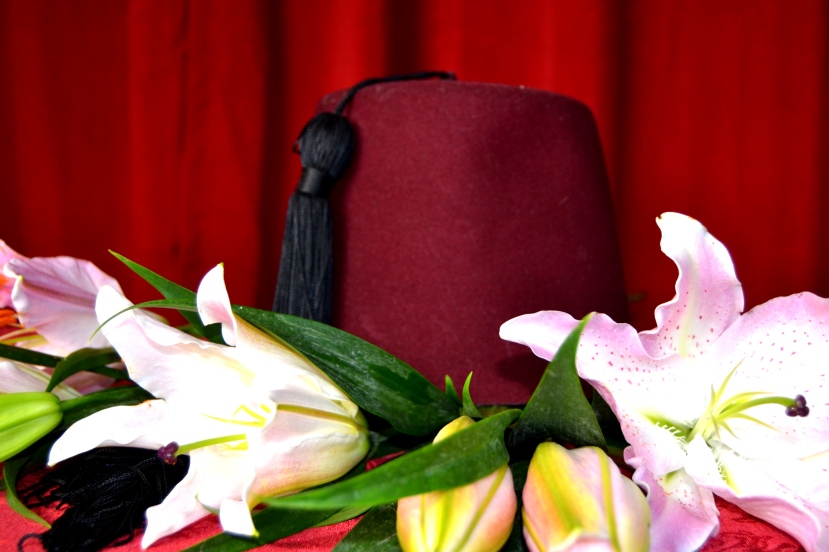 I do not come from limousine people. My family was deeply middle class in the manner in which that term was used in the late twentieth century. My parents, aunts, and uncles were born into poverty and improved on that position by one. My father was the only one among them with a college degree, but they all owned newer cars and nice suburban homes. Their kids were clothed, fed, and insured, and there was money left over for vacations.

Any of those families could have splurged on a luxury car rental for a special event, but it never happened. They were Midwesterners, and to them such wasteful flaunting would have been embarrassing. Fighting over a dinner check? That’s just what men did, but renting fancy wheels was tacky.

But here we were on a clear spring day, winding through a lush, green park on our way to bury our dead.

I felt special tucking into the back of the funeral home’s limo, like something important was happening. This is the genius of the funeral business, the elaborate production that elevates routine waste disposal into something dignified. My black sweater embarrassed me, but I could not afford a suit.

My parents and I rode in silence. We arrived at a non-denominational chapel with secular stained glass windows. Religion was implied throughout the big room, but never stated: no crosses, saints, or crucifixes; no baptismal or choir robes.

The stained glass windows reminded me of a dream I had just a couple of weeks earlier. In the dream my grandfather lay on his deathbed in a hospital with similarly colored windows that stained the sunlight green on its way to his face. My immediate family and I circled the bed, my mother weeping quietly. Suddenly the old man bolted upright and yelled, “You just have to go where the energies are,” and then he fell over dead. Then in the dream I was drifting along a darkened highway. The sky was clear but starless, a dull ring of blue glowing on the horizon. Random flames rose from the darkness like birds of paradise in a fallow garden. That was all there was to the dream.

Inside the chapel my relatives mingled with old family friends and strangers. They hugged and shook hands and laughed and smiled. At the front of the room rested my grandfather’s casket, undisturbed by the gathered mourners.

I found a pillar near an empty corner of the room and watched them, an owl in the eaves growing angrier with every overheard guffaw. My father’s parents entered and sat alone in a pew toward the back. They spoke to no one, not even each other.

My aunt approached me. “How are you doing, Jim?”

“Doesn’t look like it’s too hard for them,” I said. “Look at everybody acting happy.”

“We haven’t seen each other in a long time,” she said. “People are just catching up. Why don’t you come say hello?”

Her jaw set. “I know you’re upset, but funerals are about more than that. They’re about family and other people, too,” she said, and she left.

The crowd formed a line and filed past the casket. My mother found me and said, “You don’t have to do this if you don’t want to.”

We slowly neared the casket. I watched the formerly happy faces turn to sadness one by one. And then we were there. He was gray, but his green shirt and the stained glass rendered his waxy face a gray-green. He wasn’t wearing his glasses, which was like removing part of his face. Atop his head rested a red fez and beneath his crossed hands was tied an apron.

It made no sense, this eyeless wax figure dressed like a clown. This wasn’t my grandfather, this was a sick joke, and it hit me so hard that I sobbed. I turned my face away and caught my  cousin Lindsey’s eye about twenty people down the line. She started crying and looked away. Someone led me from the casket to a pew. On the way I passed my father. He looked away, too.

Back in the limo on the way to the cemetery I asked my mother how they could do that to him.

“Leave off his glasses and dress him up like a clown.”

“Your grandpa was a Mason,” she said. “That’s how he wanted to be buried, and people don’t wear their glasses when they sleep.”

“I’d never seen him without glasses,” I said.

Graveside one of my older cousins approached me. “Hey, Jim. Geez, you’ve gotten big. What are you, a junior in high school now?”

“I’ll be a junior in college in the fall,” I said.

“Oh. Good to see you,” he said, and that was that. They lowered the old man into the hole and we were done.

I drove back to South Carolina with my parents. In the dark of night somewhere on the Great Plains my father asked me to take the wheel. “Just keep going straight until you hit I-57, then head south,” he said. “I’m going to get some sleep, so no radio.”

Driving through the middle of the country in silence in the dead of night is hypnotic. The only sound is the shush of the wheels on the asphalt; the only sight the endless white line reflected in the headlights. For miles there’s not so much as a curve in the road to ease the monotony. Blackness, silence, death.

I drove for hours that way, like an unwatched tonearm circling a record label — kathup, kathup, kathup around the never ending ribbon of blackness. And then I looked to my right and the horizon glowed a deep blue. The space between the horizon and me was dotted with flames blossoming like birds of paradise in a fallow garden.

I pulled to the shoulder, engine idling, hands on the wheel. My father startled awake. “What? What’s wrong?”

“What are you talking about?”

“I had a dream about Grandpa. He said ‘you just have to go where the energies are’ and then he died and then I saw that.”

“That’s just methane burning off,” he said. “It’s just a landfill or an oil field. You’re okay, son. It was just a dream. It didn’t mean anything.”

We switched seats and my father turned the car around. I’d missed our turn sixty miles ago.