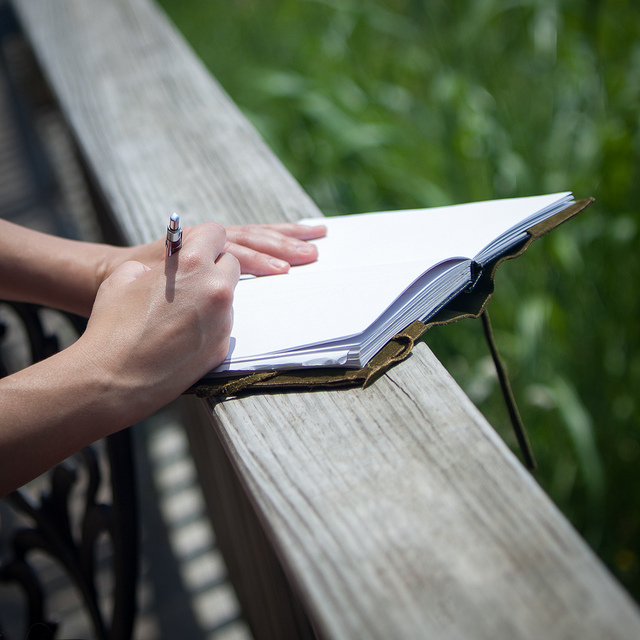 I come in contact with a lot of aspiring writers, mostly via social media. You can’t swing the rifle hanging over Chekov’s mantel without hitting a Twitter follower with “author” in his or her bio. Yes, that includes me. I belong to writer groups and receive emails and follow requests from writers. Last week I found three aspiring writers under my couch cushions.

Sometimes it seems like everyone is an aspiring writer. Even my otherwise sane friends tell me their dreams of becoming authors, usually followed by synopses of the great stories that remain unwritten. The sad truth is that a tremendous number of great stories remain unwritten and always will, and I think I’ve finally figured out why:

Some of us want to write, and others want to be writers. So what’s the difference? In an exhaustive study that I just made up, the following differences were identified:

To Bradbury’s point at the head of this article, which group is more likely to succeed as writers? They’ll both succeed in their way, I suppose. The “want to be writers” can linger indefinitely, dreaming and talking, and I’m guessing that in some way that is fulfilling. But only the “want to writes” become writers. Line after line they develop their craft. Pages pile up and their voices grow stronger and eventually they publish.

So what do you want to do: call yourself a writer or write? If it’s the latter, stop talking about story ideas and start typing. No more pretending, no more excuses, just sit down and write.

And if you just want to call yourself a writer that’s cool, too: Hey, my kid called himself Spider-Man until he was eight. But as much as I’d love to sit down over coffee for some writer chat, we’re going to have to talk later. I’m busy writing.

Leave a Reply to What I Like Is Sounds Cancel reply