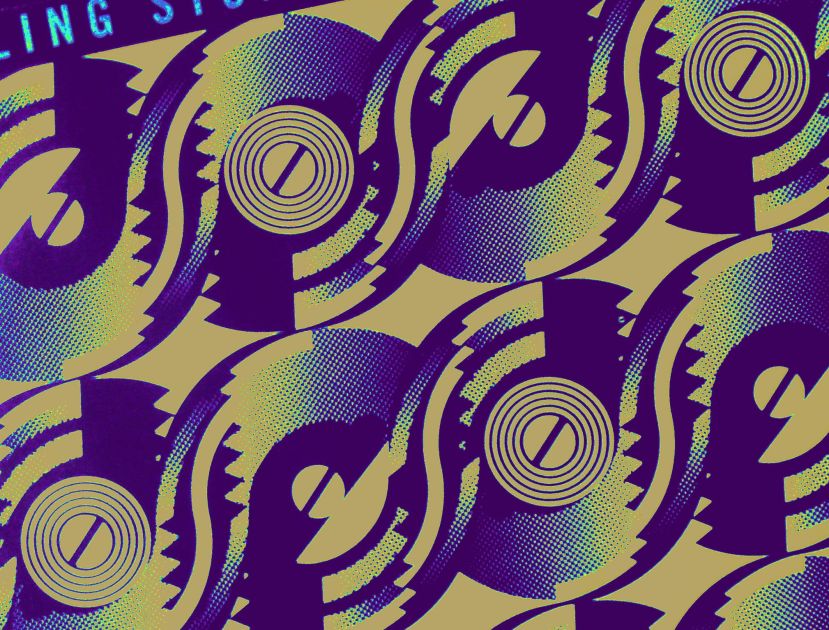 A new manager arrived at Music Plus. His name was Jeff, and his nose and cheeks were a road atlas of broken capillaries. Regardless of whether he was yelling, which he usually was, his face enjoyed a rosy glow.

Jeff did what new, red-faced managers always do: fired a few, made life miserable for the rest, and waited to see who stuck it out. My Frolic Room buddies split, no more Joe the Conquistador or Pete the Thin Lizzy fan. Pat and Ken stayed, but Theresa didn’t. Chris the Cokehead was canned, Scooter found a job as a production assistant on an HBO series.

I kept my head down, looked busy, and tried to stay on the opposite side of the store whenever Jeff was around. It worked for a few weeks, but eventually he found me: “James. Back room. Now.”

Time to turn in my name tag and retire my Music Plus vest. He must have found out about the epic games of thumb tack darts in the store room. He was probably going to wing tacks at me when I opened the door. “Hey, what’s up?”

“Will you grab these jugs of bleach for me?”

Jeff pulled a couple of bottles of ammonia out of the supply cabinet. “Come on,” he said. He kicked the back door open and marched toward the dumpster. “Do you smell that?”

“Do you want me to clean the dumpster?” I asked. “I need to go get a mop or something.”

“No, we just have some SMELLY ASSHOLE living in the dumpster. Splash that bleach around.”

“No, but the SMELLY ASSHOLE hiding in there does. Do you hear me, you stinky fucker?” Jeff opened the bottles of ammonia and emptied them onto the bleach soaked boxes. A toxic white cloud erupted over the dumpster. I coughed and my eyes watered.

“That can kill somebody,” I said.

“Good. I hope he’s in there,” Jeff said, and he walked back inside. I yanked the cardboard out of the dumpster: no hobo.

Once Jeff established his awesome power he relaxed. He even joked around with me now and then, but his real vote of confidence came via the Rolling Stones.

In 1989 the Stones toured their Steel Wheels album, and that meant Ticketmaster time. There were no online purchases back in the Dark Ages: If you wanted concert tickets you lined up, and the Stones at the LA Coliseum was a huge ticket. When I arrived to open the store on the morning that tickets went on sale, the invading horde was already assembled in the parking lot. A local news station measured the line outside Music Plus at a quarter mile long. Those closest to the door camped overnight.

Jeff was already inside, waiting for me. “Go give them their wristbands,” he said, and he handed me a box. “Make them pick, though. Don’t hand them out.”

I held the box toward the first dude in line. “What’s this?” he asked.

“Ticketmaster policy. You have to have a wristband to buy a ticket,” I said.

He plunged his hand into the box and rummaged around like he was searching for the winning lottery ticket. He handed me a bracelet and I snapped it around his wrist. On down the line I went, one by one until the box was empty. When I was done Jeff and a couple of other employees were standing in the parking lot. “Okay, listen up!” Jeff yelled. “Check your wristbands. If you have number 1 through 10, come to me. Numbers 11-20, you go to James the Hobo Slayer. Pat, raise your hand. Numbers 21-30….”

We rearranged the line in number order like a Southwest Air gate. “This is bogus,” the Artist Formerly Known as First Guy in Line said. “I didn’t sleep here all night to be 68th in line.”

Back inside the store, Jeff huddled us together. “These fuckers will rob us blind when the store is full, so don’t wast time trying to sell them anything. Just watch out for shoplifters. James, you’re running the Ticketmaster booth.” This was like making my bones. Pull this off and my made man name would be Jimmy Tickets. “But don’t fuck up. I’m not eating the cost of a bunch of tickets because you fucked up and printed them for some idiot who didn’t bring cash. You understand?”

“Stop calling me sir. I’m only seven years older than you. Cash only, you got it?”

“Okay,” Jeff said, and he checked his watch. “Five minutes.” He grabbed my arm and walked me to the counter. “Do you want to go to this show?” he asked.

“Okay, when the Ticketmaster computer is at 10:00 exactly, they’ll release the tickets. Print yours, stick them under the register, and then I’ll unlock the door.”

“Don’t worry about it. You can pay me later. You ready?”

I pulled up the show, keyed in four tickets, and rested my finger on the ‘enter’ button.

People pounded on the door.

I hid my tickets under the register and Jeff unlocked the door.

The next two hours passed in a blur of faces, news cameras, pissed off credit card holders, and enthusiastic Stones fans. I fell into a rhythm: How many? $72.50. Thanks. [Print]. How many? $58.75. No credit cards. BofA across the street has an ATM. No, can’t hold tickets. How many?….

Only when the line slowed to a trickle did I realize that I hadn’t been tacking on the store’s one dollar service fee for each ticket. That dollar represented the entirety of the store’s take. I’d screwed Jeff out of five hundred bucks, easy.

“How’d we do?” Jeff asked. He opened the register and jammed the stacks of cash into a gold bank bag.

“What are you talking about? You handled that good.”

He didn’t look up, just kept jamming Ticketmaster’s cash into the bag. “Shit happens,” he said. “Go clean up the parking lot and we’re even.”

I remembered the tickets under the drawer, pulled them out and stuck them in my pocket. Out in the parking lot I looked at them: four front row center seats.

For weeks afterward we dealt with the lazy, the casual, and the unmotivated, phone call after phone call of, “Hey, do you have Stones tickets?” Always the same, always someone pissed off that I wouldn’t print tickets and hold them.

They weren’t all rude about it, though. One very polite English gentleman said, “Good evening. I’m wondering if you have any tickets left for the Rolling Stones.”

“I’ll be ’round in a half hour. Please set them aside for me,” the caller said.

“Well, this is Peter Frampton—”

A week or so later, different guy, same call.

“Great hold two for me.”

“Well, this is Ron Jeremy—”

“Dude, if I won’t hold tickets for Peter Frampton I’m not going to hold them for Ron Jeremy,” I said.

Front row for the Stones. Jeff was all right, except for the alcoholic rage. And the homicidal tendencies.