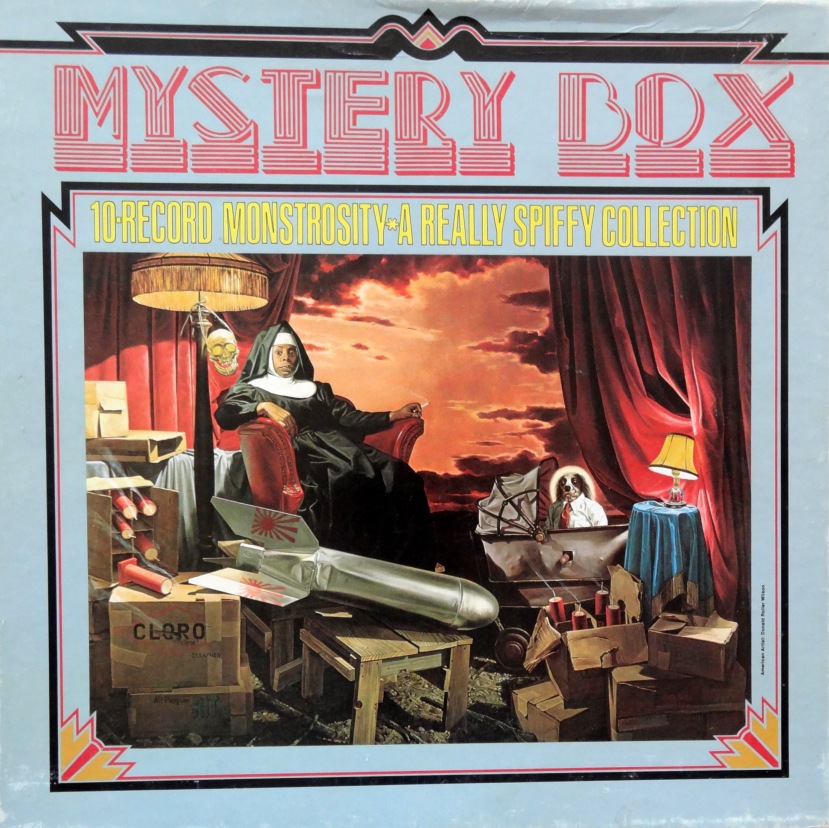 Here’s your big boy, your white whale, the cornerstone of your Frank Zappa bootleg collection.

Mystery Box is a 1986 bootleg consisting of ten (ten!) albums. The material spans 1968-81, mostly live but some alternate studio takes and rehearsals.  And look at that artwork! Slide this one into your stacks next to the Old Masters official release and it looks perfectly at home. These guys really put some time into this one.

Zappa hated bootleggers. An unofficial release meant no money in his pocket, and Zappa was a shrewd businessman. In ’91 he tried to beat the weasels at their own game by bootlegging himself with the Beat the Boots box set, which consisted of official releases of bootlegs that were already in circulation. Pretty clever idea, but Mystery Box is better than Beat the Boots.

Other artists aren’t so uptight about bootlegs. Peter Buck collected R.E.M. bootlegs, for example. The big daddies were the Grateful Dead, who let audience members bring professional recording equipment to their shows. Literally thousands of Dead bootlegs are floating around, which means roughly 7 Dead songs.

I love bootlegs. Many are complete junk, but a good recording of a show or some unreleased studio time fills in gaps for me as a fan. They flesh out the story, show the ragged edges that led to the polished perfection of the official releases. Listening to a bootleg is like reading a rough draft in a way.

Want your own Mystery Box? You better have at least 150 big ones in your pocket. That sounds like a lot until you consider that you’re getting 100 songs for your $150. Happy hunting. 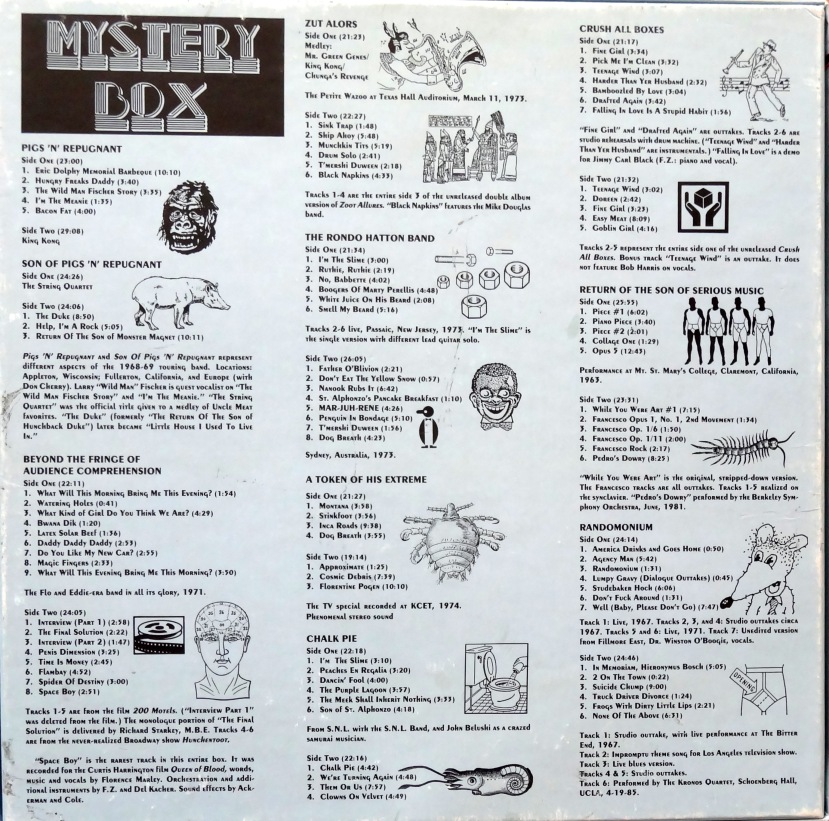