241. James Gets His Nipple Pierced 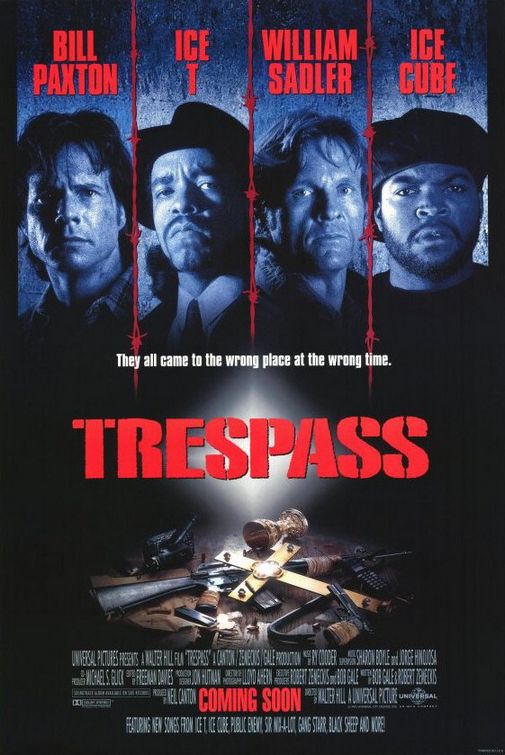 After the riots, the producers of The Looters found themselves without a movie title, but one of the film’s stars had a solution.

“So, I was, like, thinking Day Trippers because, like, the whole thing happens on a day trip but also, everybody is, like, tripping about the gold, you know what I mean?”

Eventually the producers settled on Trespass. We had a new title and a new ending after the disastrous preview screening. It was time to wrap things up. The music editor set up shop in a cutting room down the hall. The sound editors geared up around ten miles away in West Los Angeles. Optical houses, negative cutters — I was back to driving around town a lot.

I heard that Jody moved back to South Carolina. A year had passed since we broke up. It was time to wrap things up there, too. I dug out her mother’s phone number and dialed.

“Oh. Well hey, hon, how you been? You still out there in California?”

“Do you know when she’ll be back?”

“She doesn’t live here, hon. I don’t know when she might visit.”

“You take care of yourself, hon,” she said. Her voice conveyed maternal concern rather than Southern pleasantry. I felt bad putting her in such an awkward position.

The last time I saw Jody was shortly after returning from Nashville, just a few months after we broke up. We met for lunch at Louise’s on Melrose, where we sat on the patio and made awkward conversation.

“Have you heard Nirvana?” she asked.

“Did you ever get a tattoo? That’s like a common thing now.”

“I have two. One is a little flower and the other is just a symbol,” Jody said.

“I told you if you ever get a tattoo I’d get my nipple pierced,” I said.

“It’s no different than a tattoo.”

“Why?” I asked. “Both are just somebody jabbing you with a needle unnecessarily.”

“Because a tattoo is like claiming your body, making it yours,” she said.

“The same can be said for a piercing.”

“I don’t want to talk about this shit again,” Jody said. We sat there quietly. “Did you get the things I sent while you were in Nashville?”

“What do you mean you couldn’t?”

“I just couldn’t. I needed some time.”

If that was going to be the last time that I talked to Jody I wanted to mark it, so I made an appointment at the Gauntlet in West Hollywood. The place was nice enough, with a little reception area and a jewelry case. “How much is this going to cost me?” I asked.

“Do I have to buy the jewelry from you?”

“No, but we recommend it. It’s all high grade surgical steel, less risk of infection.”

“Okay, show me what you got.” The jewelry case was filled with rings, little rods with beads on the ends, and studs.

“You want a captive bead ring for a nipple piercing,” the counter guy said. “Easier to keep clean. You can switch to a barbell when it heals.”

“That one looks cool,” I said.

“The rainbow colored one? I don’t think that’s for you,” he said.

“Just a guess. Go with a plain steel one.”

He grabbed the jewelry and led me into what looked like a doctor’s office, where a pretty young woman waited. “So what are we doing today?” she asked.

She grabbed what looked like an envelope and ripped it open. Inside was a long needle. “Okay, you’ll feel a little pain when I push this through. I won’t be too bad, though. We’ll go on three, ready?”

“One. Two. Three.” A little pain nothing. It felt exactly like having someone jab a needle through my nipple.

“Fuck me!” I screamed. She looked at me like I was enjoying this experience a little too much, so I tacked on a quick “that hurt.”

“Okay, now I’m going to push the needle through with the jewelry and we’re done.”

“Too late, I’m done,” she said. “Here, have a cookie and some orange juice and sit there for a few minutes until your blood sugar is back to normal.”

I rode home with my shirt open so that the fabric wouldn’t flap against my skin. The warm L.A. air felt good. I rode down Melrose, past the last place I saw Jody. Nothing felt wrapped up, just sore.