The Day After Christmas 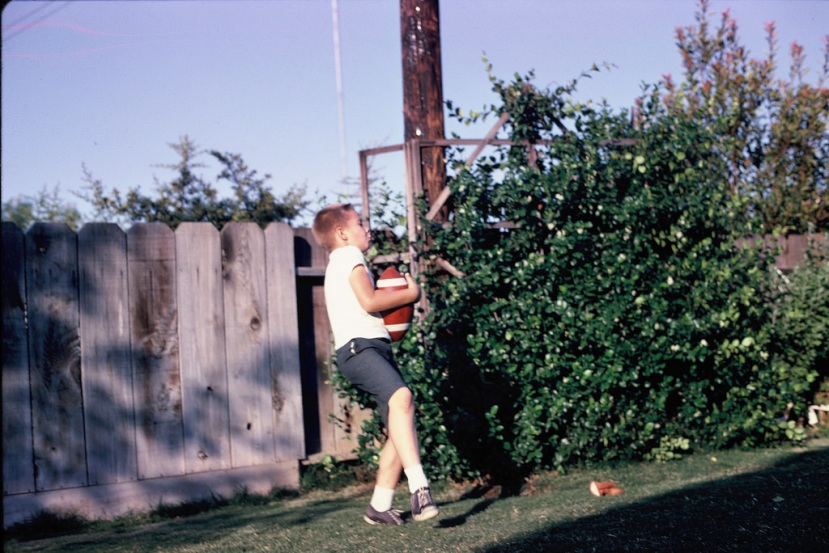 No day in the life of a kid is more exciting than Christmas Eve.

The tree bulges with ripened gifts, ready to be peeled. Sugar cookies and gingerbread men dogpile onto holiday plates, and stockings sag with unfulfilled promise for one last day. Tomorrow morning they’ll be stuffed with enough candy to throw an elephant into a diabetic coma, along with an orange and a handful of unshelled walnuts–Santa’s nod to a well-balanced diet. Not even Christmas–the big one, the holy of holies–challenges December 24’s supremacy atop Most Exciting Day of the Year Mountain.

But if ’70s pop culture taught us anything as children, it was that the universe demands balance. There is no Hulk without mild-mannered David Banner. For every good time Bandit there’s a buzzkill Buford T. Justice. Into every Ricky Steamboat’s life an Iron Sheik must fall. The yin to my Christmas Eve yang was December 26: The most boring day of the year.

What made the day after Christmas so dull? All that was left in my stocking was the orange, walnuts, and a giant wad of candy wrappers. All of my new toys had been played with and my new records spun. There was nothing left to do but question why I was skunked for the fifth year straight on an electric football game, perhaps the worst toy ever invented but the one I wanted more than anything.

There was always daytime television to fall back on, a treat reserved for preschoolers, sick kids, and school vacations. My parents were back to work, and my big sisters didn’t emerge from their sarcophagi until midday, so the TV was all mine. The early morning belonged to the little kid shows: Captain Kangaroo, Mr. Rogers’ Neighborhood, Sesame Street. I was too old for that kid stuff, so I watched a Mike Douglas rerun featuring Neil Sedaka and Chloris Leachman.

After that came the old-timey reruns: I Love Lucy, Leave it to Beaver, The Honeymooners, The Beverly Hillbillies. Late morning brought more recently syndicated shows like Three’s Company, which always promised to jiggle loose some awkward feelings of looming adolescence, and Quincy, M.E., which did not. Then came the game shows. No kid in my neighborhood had ever eaten Rice-A-Roni, but we all had a good idea of its retail price courtesy of sick days with Bob Barker.

When the sun reached its zenith my sisters emerged and claimed the television for their own. They were ABC soap operas devotees: One Life to Live, General Hospital, and All My Children. I had no investment in the goings-on of Erica Kane or the Cassadine family, but the channel was non-negotiable during soap opera time. If I could sweat it out, though, I’d be rewarded with the traditional after school block of reruns: Gilligan’s Island, The Brady Bunch, The Little Rascals, Get Smart, The Addams Family, and Batman.

But come on: That wasn’t going to happen. I mean, General Hospital’s Bobbie Spencer was hot, but she was hardly Suzanne Sommers doing jumping jacks hot. I had to get away before an errant evil twin story line turned me into a chick.

I put on my new Broncos coat and hat and walked through the woods to Ricky Best’s house. I knocked on the kitchen door and his mother let me in. Her name was Grace, and she was filled with it. Over the course of my childhood, the harshest words Mrs. Best ever said to me were, “Please don’t hit me roses,” delivered with a throaty Irish lilt.  Mr. Best was asleep in his den, shirt unbuttoned and television roaring, Tippy the dog curled up on the floor next to his La-Z-Boy.

“Thanks. Merry Christmas.” The house was dark, but I knew the way. Music blared from behind Rick’s bedroom door. The vocals and guitar sounded familiar, but the songs did not. I let myself in. “Hey, man, is that Aerosmith?” I said.

“New album. Got it for Christmas,” he said.

“Cool. What else did you get?” He pointed to a Goodyear blimp model with a real lighted sign built in.

“That’s cool,” I said. We hung out for a while, jamming to Night in the Ruts and messing around with the blimp.

“I don’t think those are the words,” I said.

“No, I’m looking at the album cover. The name of the song is “Remember Walking in the Sand.” It didn’t matter. From then on the song was “Dibbie.”

“We should go over to Scott’s and get a football game going,” Rick suggested.

“Ma, we’re going over to Scott’s,” Rick shouted as we bolted through the kitchen door. She waved from her seat at the kitchen table, cigarette smoke curling from her ashtray.

Scott’s house was maybe 200 yards from Rick’s, but the pond separating them demanded that we walk roughly 137 miles to get there. We passed the time telling lies and singing “Dibbie.”

We weren’t the only pigeons who homed on Scott’s front yard. Boys from all over the neighborhood flocked to that wide, flat patch of grass. The day after Christmas brought the twins, Tom and Steven, and Mike, who we all called “Malc.” We were equals in the Brotherhood of the Neighborhood, but Scott was more equal than the rest of us. It was his yard, after all, and his football.  He was older than the rest of us, too, and funnier. Scott was a wealth of strange sound effects, odd expressions, and unique nicknames: “Hoo-mow,” “Ah-her-dee,” “The Dad.” None of it made any sense, but it was hysterical.

Rick and Scott picked the teams that day. I went in the first round to Scott, which surprised me since we weren’t really very good friends. I was a pretty good receiver, though, or at least that’s what I told myself in my new Broncos jacket and toboggan. I didn’t like the stupid pom-pom on top of my new hat, but you take the good you take the bad–another valuable lesson learned from television sitcoms.

It was Scott, Malc, and me against Rick and the twins. Without enough kids to play linemen, we agreed to “Ten Mississippi” rules: The quarterback got a slow ten count to get a pass off, and then the rush was on.

“Down. Set. Get one. Get two. Hoo-mow,” Scott barked, and then he took the snap from his invisible center. Malc and I took off on the passing routes Scott drew for us with a finger on his palm. The twins stuck to us like glue.

“One Mississippi! Two Mississippi!” Rick barked from the line of scrimmage, arms raised high. Well, sort of. It sounded more like “onemisstwomissthreemissfourmiss,” the syllables slurred together into a drone until “tenmiss” arrived in two seconds rather than ten and Rick lunged into the backfield.

“I’m open!” I screamed. “I’m open! Rick Upchurch!” Invoking the name of my favorite wide receiver clearly marked me as the best option on the field, regardless of coverage. Scott and Rick ran around Benny-Hill style for a bit, and then the quarterback fired a missile right into my breadbasket. The cold air rendered the ball hard as a rock. My hands stung, but I managed to hold on.

“Touchdown, Upchurch!” I hollered, and I spiked the ball.

We huddled before kickoff. “Rick’s too fast on the count. I need my team to protect me,” Scott said. I had no idea how the hell Rick Upchurch was supposed to stop a nose tackle when I’d be running a button hook, but I got his point. “Ready, break,” Scott said.

Malc kicked off. One of the twins fielded the ball, and Rick took off, laying down blocks for him. I sprinted toward him and, lacking anything resembling impulse control, kicked him right in the nuts. The big man went down hard, and Scott tackled the runner.

We made our way back to our respective huddles, but Rick paid no attention to the play being planned. He glared at me with what can only be described as testicular rage. “You’re gonna get it!” he shouted from the huddle.

We lined up across from each other. “Set. Hut,” his quarterback barked, and he snapped the ball to himself. Ricky and I charged and cracked each other in the balls. The play continued while we writhed on the ground in our own personal hells. All was equal now, so all was forgiven.

I don’t remember who won the game that day. It doesn’t matter, anyway. That game was just another of dozens of identical afternoons wasted in Scott’s front yard, counting “one Mississippi, two Mississippi” as fast as we could.

“I got Atari for Christmas,” I said.

And so December 26 ended as it began, parked in front of the television, but now it was different. My buddy Rick and I battled the alien menace equipped with nothing but a pair of joysticks and a stack of records, singing “Dibbie” and screaming “hoo-mow.”

No day in the life of a kid is more exciting than the day after Christmas.