The Secret To Eternal Writing Happiness 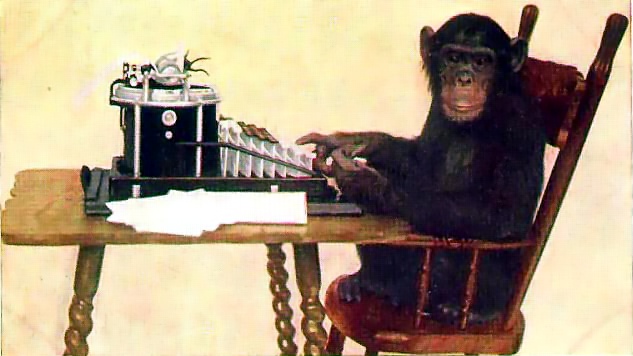 Lean in closely: I’m going to tell you the secret to living a sustainably happy writing life. Spoiler alert: It isn’t publication, which is more like a cocaine high. Seeing my work in print for the first time was a huge rush followed by an enormous come down filled with shame and regret. I could have done better. The ending feels like a cop out. Oh my god, people are going to read this and know what a fraud I am. The highs and lows have gotten less dramatic over the years, but the fact remains the same: Publication won’t magically transform you into a contented writer.

Nor does the secret lie in payment, although admittedly getting paid to write in many ways is better than writing for free. That check comes with a host of new problems, though, including artistic compromise, accepting assignments that are just that–assignments, and the occasional soul-shattering realization that your life’s passion has become just another grind.

Go ahead and rule out kind words from readers, too. They’re just another temporary high, one that runs the risk of future pandering, and that will gut whatever led that reader to your work in the first place.

The secret to living a sustainably happy writing life is practical, even boring, and it all starts with the idea. Ideas are the atomic particles of creative writing, the smallest possible units of a story. Someone right now is correcting me: “No, the smallest possible unit is the morpheme,” and I congratulate that person for paying attention in English class, but he or she is wrong. The morpheme may be a language’s smallest indivisible unit, but stories get no smaller than the idea. Adventures of Huckleberry Finn cannot be reduced beyond “boy befriends escaped slave,” nor does Moby Dick remain recognizable when compressed smaller than “mad man chases whale.”

Turning that idea into some sort of manuscript–essay, poem, story, play, novel, script, book–results in a certain amount of satisfaction, but sticking that manuscript in a drawer feels incomplete. Writing requires a reader, after all. That’s the whole game: I encode my idea in the form of words on a page, and you decode that idea by reading the words I laid down. A minimum of two people, writer and reader, are required to complete a story.

So just having an idea isn’t enough for happiness, publication isn’t enough, and payment won’t get the job done, either. What’s it going to take to make you people happy? Here it is: The secret to a contended writing life is the proper disposition of your ideas.

Once you’ve struck upon that great idea, a hierarchy of potential dispositions manifests itself:

Do Nothing: This is the default for the overwhelming majority of people. Every working writer has been approached by someone with a brilliant idea for a story but no interest in actually doing the heavy lifting required to write the thing. These conversations often begin with “I’m not a writer, but…” followed by a story pitch, and then the inevitable proposal to split the proceeds (which will be huge) after the writer does all of the work.

It’s not just non-writers, though, who have ideas that go nowhere. My notebooks are filled with ideas that bore no fruit. Many ideas deserve to die on the vine, and trying to force them to become a manuscript (anything from poem to novel) just leads to frustration. Learning when to let go of a bad idea is your first step on the rode to artistic happiness.

Do Nothing Right Now: Sometimes the idea is good but the timing is bad.  I store ideas like gardeners store seed packets.  Some ideas I thought were stories later became poems; essays became stories; stories became essays. While it’s important both to work consistently and to push through blocks, occasionally it’s simply not a good idea’s time. If you know an idea is worth saving but it’s not working right now, set it aside for another day.

Give It Away: The remainder of this list assumes that you stuck with that great idea and now have a final manuscript in hand. Why in the world would you just give it away? Well, there are several reasons. Maybe you just wrote it for your friends and family. There’s nothing wrong with that. Maybe you are trying to build an audience for your blog. Perhaps you recognize that the finished piece is good enough for a blog post or a content farm but it wouldn’t stand a chance in the slush pile, or maybe a content farm like The Huffington Post was your goal in the first place. Maybe your essay responds to a current event and you want to get it out there faster than the traditional submission process allows for.

The more you write (and read), the easier it is to judge whether a finished manuscript is blog-worthy vs. more-than-blog-worthy. Stay in your lane and you’ll never feel like you “wasted” a piece.

Send It To the Littles: Charles Bukowski coined the term “the littles” for the numerous literary magazines in circulation. These often are labors of love, passion projects that quite literally in Hank’s day were printed and assembled on somebody’s kitchen table. Today there are more littles than ever, thanks to the internet and on-demand printing. Rarely do these publications pay, and when they do their rates are more a gesture of respect than anything. If you’re dealing with a print publication, sometimes they pay with free copies.

Submitting to the littles is a great way to build your bibliography, and more importantly you’ll gain experience with the publishing world. You’ll learn how to write a query, how to deal with rejection, and most importantly how to deal with an editor. Perhaps you’ll learn that you have no patience for having your titles changed and your word choices scrutinized, and if so that’s okay. Remember: The objective here is to live a happy writing life. You can fire up a blog and give your work away for free exactly when and how you want to, and now that it’s a choice based on your experience with the littles you won’t feel like you’re missing out on some greater writing world.

Send It To the Bigs. The littles must have an opposite, right? We’ll call those “the bigs.”  Random House is the bigs, so is The Atlantic Monthly, a literary agent, or a film producer. The bigs are where we all want our work to end up, but the truth is that not all manuscripts belong with the bigs. When you’re Stephen King you can sell a marginal idea to the bigs, but if you don’t have King’s proven track record don’t bother trying.

Again, the more you write (and read) the better you get at judging what ideas might have enough juice for the bigs, and when you stumble upon one the trick is to treat it accordingly. Getting your great idea published in Newsweek might seem like a long shot, and it is, but I have a friend who got there–a poet friend with an idea for a news article. The bigs were the right place for that idea. He probably would have felt like he sold himself short if he gave it away, or even worse let it die on the vine because he’s a poet rather than a journalist.

The bigs, of course, have a whole host of side effects that might chip away at your writerly happiness. The most obvious is that the competition is fierce and the feedback is; well, I’d call it ruthless, but in truth it’s mostly non-existent. The odds of The New Yorker responding to your query are so slim as to be mathematically none, but if you’re convinced that your idea belongs there you have to take your shot. Nothing less will do.

However, once you’ve taken that shot, you can work your way back down the ladder if you want to. The bigs didn’t go for it, but will the littles? Would the content farms be interested? Would you be happy putting it out there as a blog post? Maybe you can put that manuscript back in the “future ideas” pile and attack it again at a later date. The point here is that your operating from a place of choice and control. You’re in charge, and that goes a long way toward feeling satisfied.

Not every idea you have results in a “bigs” manuscript; in fact, most won’t. That’s okay. Honestly assessing your own work and finding the right home for it–that’s the key to a sustainably happy writing life. When your expectations aren’t aligned with reality misery follows, but when they are there’s a home for every idea. Just don’t ask me to write it for you.