When Music Breaks Us 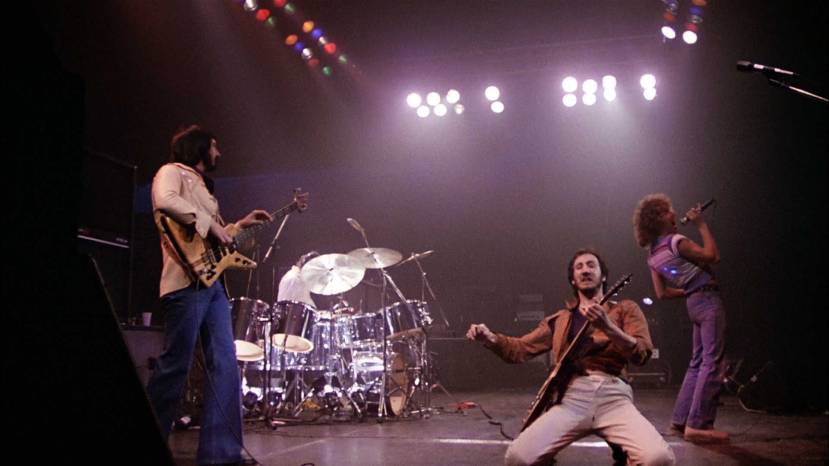 Now and then music will break me.

The effect is swift and unexpected, like being struck by a speeding car materializing from nowhere. There I was, officer, proceeding westbound no more than five miles over the speed limit, hands at ten and two. Next thing I know I was sitting over there in the ditch, facing east and picking glass out of my forehead.

It can happen anywhere at any time. Right now I’m sitting in a diner, for example. “Do you want to hear a song?” the woman at the next booth asks her date. She drops a couple of quarters into the tabletop jukebox and Tony Orlando’s “Knock Three Times” fills the air. I fly out of the booth and land years away in front of a console television, where Dawn mocks Tony’s new glasses. They bear tiny, battery operated windshield wipers that go skrik skrik skrik in front of Tony’s eyes while the studio audience roars with laughter.

“Knock Three Times” and its inherent time travel properties can only be encountered by me in the wild. The song does not exist in the hermetically sealed universe that I call my stacks. I know there’s at least one Tony Orlando album among the thousands of LPs, CDs, and tapes in my stacks, but it was purchased for its awful album cover rather than the songs it contains.

I’m not going to hear some old Tony Orlando pop hit on Spotify, either. I don’t stream music. Either I catch it in the wild, for better or worse (now playing on the jukebox: Shalamar’s “Dancing In the Sheets”), or I fire up my iPod, that once ubiquitous device that is now obsolete, at least according to the marketing juggernaut.  My iPod is the sonic equivalent of a space suit, its only purpose to support me when I drift too far from the terra firma of my stacks. It can only hold a fraction of the music from my biosphere, partly due to the fact that most of my songs remain trapped in the grooves of 12-inch vinyl discs like ancient beetles frozen in amber. There’s also the issue of hard drive capacity, but with 22,738 songs in my pocket I can safely drift far away from the mother ship with a substantial personal soundtrack in tow.

I do, too. I take long, meandering walks along the water river running behind my house or the asphalt one that runs in front of it. Sometimes while I walk I listen with intent. For example: If I’m thinking about a story idea, I’ll spin Tangerine Dream’s Zeit. If all I want is a quiet, peaceful stroll I’ll dip into the Glenn Gould. Usually I set the controls on my space suit to “shuffle,” that great randomizer that spits out my 22,738 portable songs in whatever order its mysterious algorithm chooses. Here are the next five songs in my shuffle rotation:

No radio program director would ever put those five songs together. Shuffle is a blind drunk careening down the highway with its headlights off.

If “Won’t Get Fooled Again” were a picture it would be the dictionary illustration for “fucked out,” a song that is so overplayed that one could never hear it again and that would be just fine. It’s not the song’s fault, though it’s not the Who’s best song. It’s not even the best song on Who’s Next. It’s not even the best fucked out song on Who’s Next. That honor belongs to “Bargain,” that aching tribute to romantic love that’s not that at all. “Bargain” concerns itself with spiritual love–the search for God, whatever that means to you. “I’d glad lose me to find you / I’d gladly give up all I had / To find you I’d suffer anything and be glad.” “Bargain” is totally played out, thanks mostly to use in commercials, but simply transcribing those lyrics gives me goosebumps. I’m not bleeding in a ditch, but this little digression into “Bargain” has broken me slightly.

It wasn’t just any version of “Won’t Get Fooled Again” that t-boned me that night, though. I am a Who completist, one of those defective individuals who owns more Who albums than the band officially released. Fourteen different versions of “Won’t Get Fooled Again” currently live in my pants pocket. That’s an unfortunate byproduct of the iTunes interface: If the digital subset of my stacks contained hundreds of songs, I could easily cherry pick which tunes to load into my space suit, but my digital stacks contain 53,000 songs, at least today. Hand picking 27,738 of them to stick in my pocket would take weeks, so instead I load the space suit in bulk: “Bring all of the Zappa, bring all of the Who. You know what? That’s too much detail. Bring all of the classic rock, all of the prog, all of the avante garde….”

And so I carry 14 versions of a song I never need to hear again, 14 potential shuffle opportunities. The odds of randomly hitting any one of them hover around one in 2,000. The version that careened into my ears that night was the live take from 1979’s The Kids Are Alright, the classic Who documentary. The performance itself dates to May 25, 1978, recorded at a one-off show held at Shepperton Studios in England specifically to shoot live footage for the film.

The “Won’t Get Fooled Again” segment made the rounds as a promotional clip when The Kids Are Alright hit the theaters. At the time I was a 12 year-old boy who regularly planted himself in front of the Curtis Mathis console television in our wood-paneled living room, waiting for anything music related to air: American Bandstand, Soul Train, The Midnight Special, Don Kirshner’s Rock Concert, Saturday Night Live, the talk show circuit. That summer I missed most of the fourth of July fireworks because I kept running inside to watch an airing of Woodstock.

So I’m not sure which show I was watching, but I know that it was night because when I careened from my iPod walk into the wood-paneled living room the curtains were drawn. They were floor length and loosely woven, almost like burlap. Lamps shone from the little tables at either end of the striped couch where my father spent his evenings, but he was not there. That marks the time as “sometime after the 11 o’clock news,” so the likely candidates are Midnight Special or Rock Concert.

I wasn’t sitting on the striped couch, either; rather, I sat so close to the television that without much effort I could make out the individual red, green, and blue pixels in the glowing cathode ray tube. I wasn’t parked so near the TV due to a vision problem. With my parents asleep just down the hall, I had to keep the volume down, and rock and roll is not a low volume exercise. If the volume will not come to Muhammad, then Muhammad must go to the volume, so I sat as close to the television’s little speaker as I could without seeing nothing but red, green, and blue dots.

“Won’t Get Fooled Again” was not yet fucked out on that night. The song was only eight years old, classic rock radio and its maddeningly narrow playlist did not exist yet, and Pete Townshend had not yet licensed the Who’s catalog into ubiquity. When that opening pair of power chords erupted from our television’s tiny speaker and the Shepperton crowd broke into their joyous clap-along, I was like a dog who just spotted a rabbit. My pupils dilated and my ears perked. Adrenaline flooded my blood stream. My whole body stiffened, waiting to pounce. At what I had no idea.

The keyboard sounded like the future, Townshend’s monster chords like some prehistoric beast. One foot already in the grave, Keith Moon was not at his best that night, but a half dead Mooney was still a force of nature. His insane drum fills were present, though a bit low in the mix. Instead, the Ox held down the bottom end, spider fingers scrambling along the fretboard, battling Pete for dominance. At center stage stood Roger in a shirt two sizes too small and jeans even tighter, rippling and bulging, tanned and golden.

But it was Pete who mesmerized me: tall and gangling, big-nosed and bearded, armpit seam ripped open courtesy of one too many finger shredding windmill chords. He posed and primped and shook his head as if in the throes of religious ecstasy. The whole thing was an incantation that I couldn’t understand, only feel.

The morals that they worship will be gone.

Smile and grin at the change all around.

I get on my knees and pray.

The change it had to come.

Nothing in the streets looks any different to me.

None of it made any sense to me, and yet it was everything that I wanted. This was the world that I wanted to live in, one where the hypnotized never lie, whatever that meant. This was the person I wanted to be: strong, defiant. I wanted to march through that metaphorical tunnel of blue light like Roger did on the screen inches from my nose, that tunnel dividing life and death, past and future, right and wrong. I wanted to emerge from the other end adamant that I would not be fooled again.

This was everything that I wanted rock and roll to be, too: loud, proud, introspective, evocative, majestic. “Won’t Get Fooled Again” contains everything that has ever been or will ever be important about rock and roll, all of it summarized in Pete’s slow motion knee slide toward The Kids Are Alright’s cameraman.

I walked the river of asphalt leading away from my house, “Won’t Get Fooled Again” cranked as loud as it would go but hearing it through a tinny television speaker forty years gone, and I burst into tears. Tears turned into sobs, and I surrendered to the moment. I didn’t have much choice in the matter.

I cannot explain why this happened, other than to suggest that the Kids Are Alright version is the perfect expression of “Won’t Get Fooled Again,” even if Mooney wasn’t 100% that night–maybe even because he wasn’t. That’s the thing about rock and roll: It’s not whether the performance is technically perfect. All that matters is whether it is emotionally perfect. When the feeling is there, it hits us like a high speed collision, no matter whether we are hearing a song for the first time or forty years and 4,000 replays later.

And when it does it breaks us, and the moment is sad and beautiful and joyous and thrilling. Don’t let anyone tell you there’s no magic in the world.

Tagged as: The Who, Tony Orlando