From The Stacks: ‘Erotica: The Rhythms Of Love’ 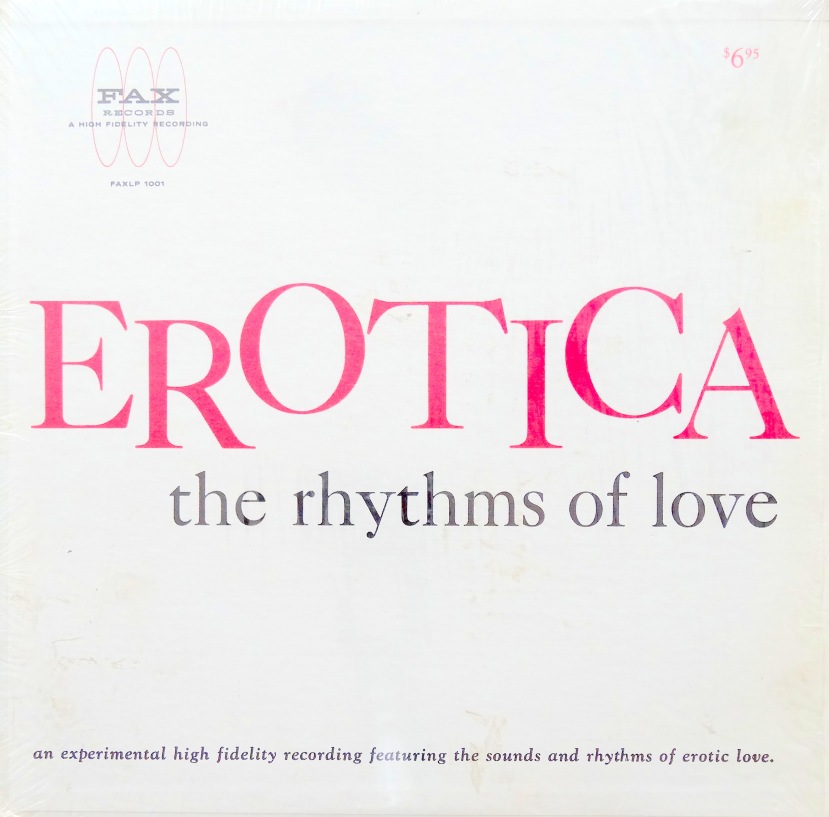 This is the kind of record that landed a young Frank Zappa in jail.

While living in the desert outside of Los Angeles in 1965, Zappa holed up in the now legendary (to Zappa fans, at least) Studio Z, which the local cops decided was a front for porn. What else do you do with a recording studio in a small desert town, right? They sent a vice cop down to offer Frank a few bucks to make a record for a stag party, essentially a compilation of sex noises. Zappa and a female friend bounced around on some old bed springs and moaned and groaned while the tape rolled and that  was that. The incident earned him a six month prison sentence, of which he served ten days. Even worse: The police made off with all of the tapes in Studio Z, and returned less than half of them to their rightful owner.

If you really want a copy of Erotica: The Rhythms Of Love you can expect to pay around five bucks. Or you can just bounce around and moan on your own bed for free. Happy hunting. 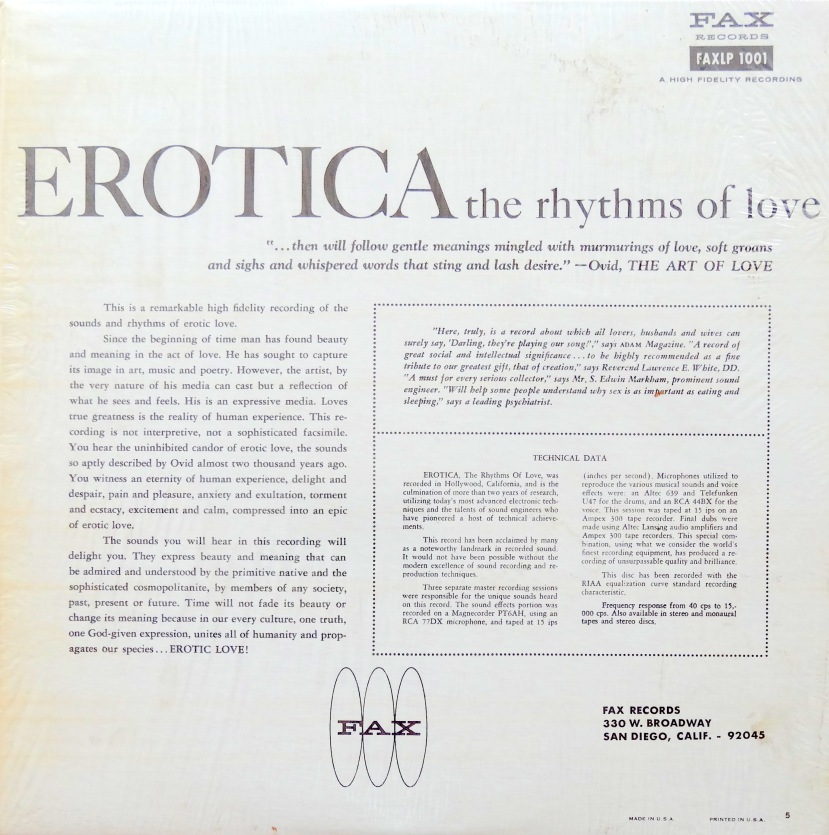