From The Stacks: Pat McCormick, ‘Tells It Like It Is’ 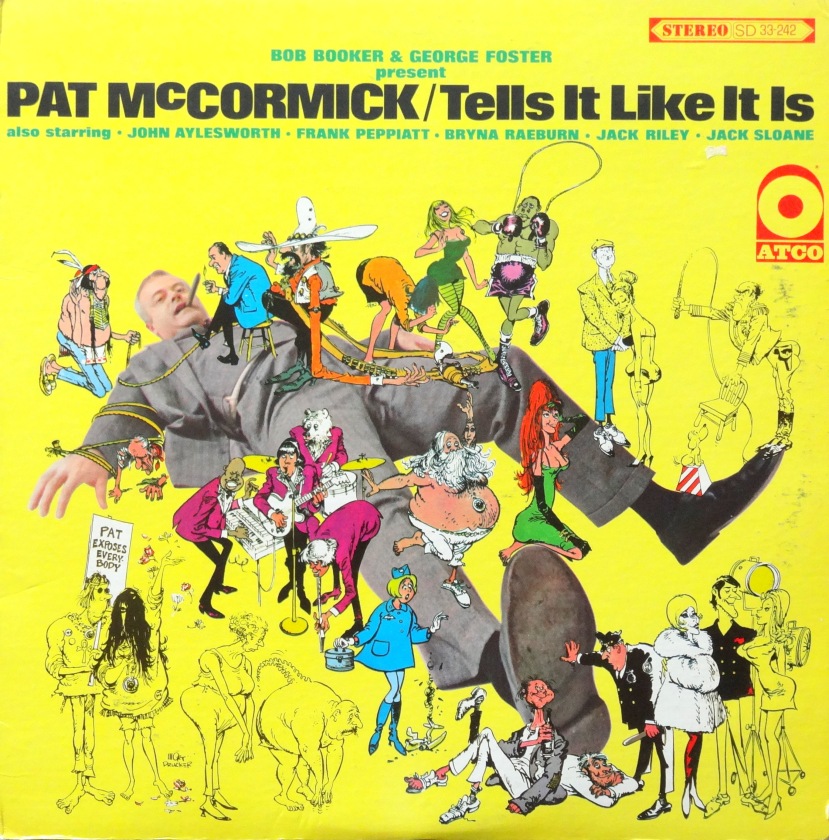 You might think you’re looking at yet another Jack Davis album cover. Close, but not quite. This is the handiwork of fellow Mad man Mort Drucker, whom I’ve featured a couple of times previously.

As for the record; well, like I’ve said before comedy albums don’t age particularly well. If you’re of a certain age there’s a lot of sentimental value here, though. Pat McCormick was a regular on the game show circuit during the ’70s, portrayed Big Enos Burdette in Smokey and the Bandit, and was the mystery man who streaked Johnny Carson’s Tonight Show, for which he was a writer.

So yeah, Pat McCormick is a legend, but Tells It Like It Is is a dollar bin record. I say you pick it up and start your own Drucker collection. Happy hunting. 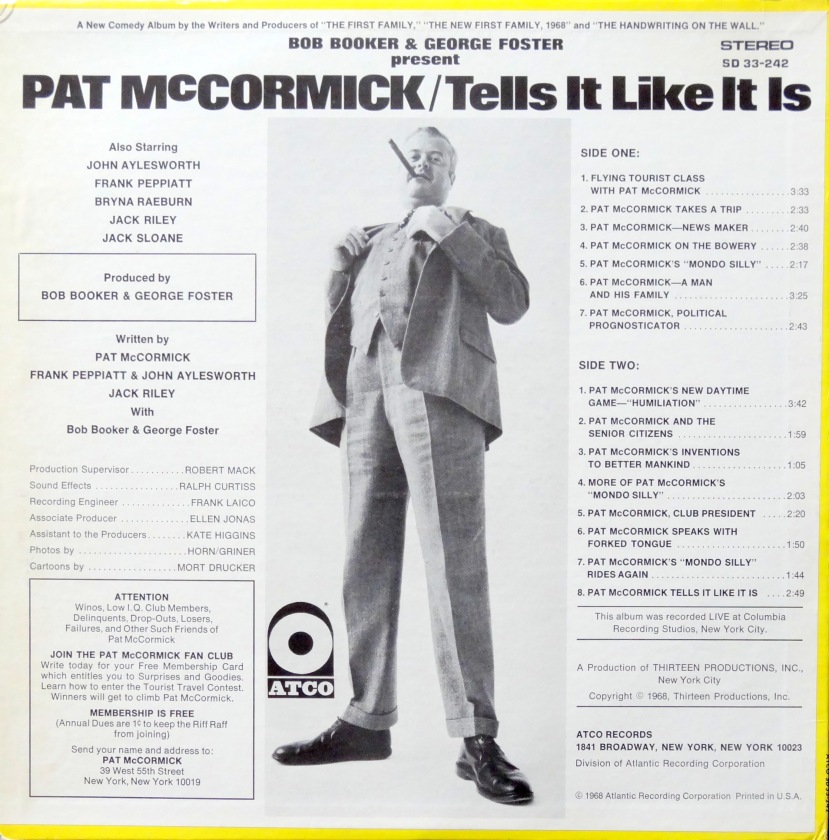