From The Stacks: Genesis, “Spot the Pigeon” (Colored Vinyl) 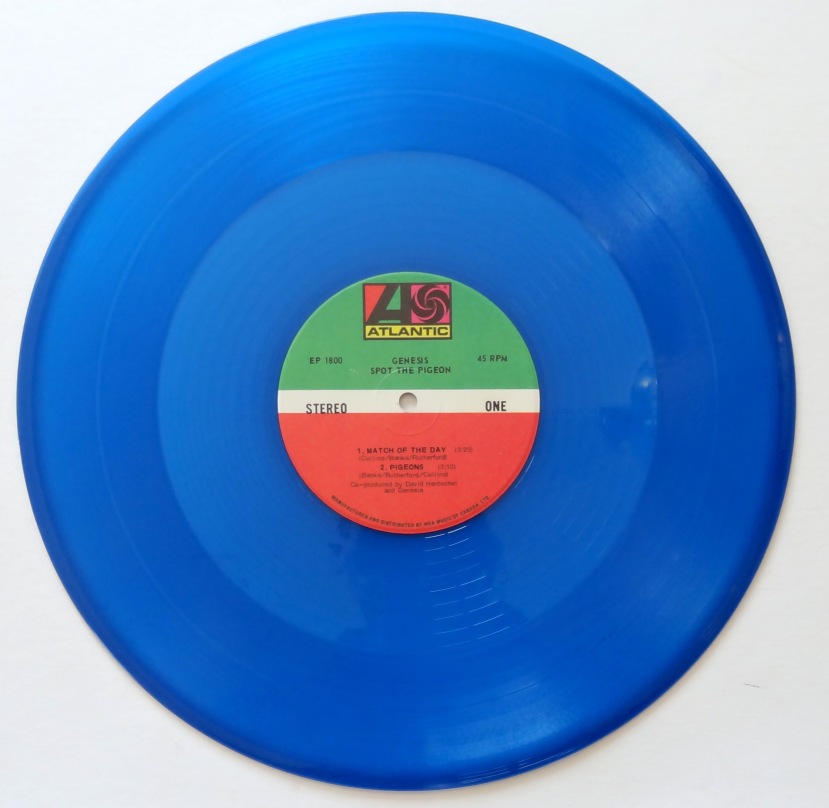 Genesis is one of those bands that may as well be two bands. There’s the ’80s top 40 MTV mega-stars Genesis, and then there’s the ’70s prog weirdos Genesis. If those two bands were sitting on either end of a seesaw, Spot the Pigeon would rest directly between them.

Released in 1977, this EP collects three tracks that didn’t make the previous year’s Wind & Wuthering. Those sessions were the last to feature guitarist Steve Hackett, so technically this is the end of the road (the seesaw?) for Genesis 1.0. Sure, you can argue that era ended when Peter Gabriel left, but after Spot the Pigeon what we’re left with is Genesis 2.0, the trio that rose to superstardom.

How’s the music? Not bad, not great. “Inside and Out” points toward musical things to come. One can hear echoes of the ’80s Genesis in this track:

My blue vinyl version is on Atlantic, which marks it as a Canadian pressing. My 7″ EP is on Charisma, which makes that one an original UK pressing. You can expect to pay around 10 bucks for the Atlantic 12″, and you can find the 7″ on Charisma for just a couple bucks. Happy hunting.