It’s A Ghost Story, I Promise 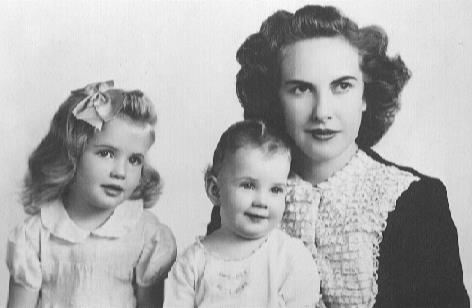 This is the story of a mother once removed.  Her name was Brooksie, and she was born in the South but called the Rocky Mountains home for most of her life.  I never knew her as a southern belle, and barely even as a mountain girl.  I knew Brooksie mostly as a ghost.

As a preschooler visiting my grandparents, I always ran to my grandfather and jumped on him.  “Hello boy,” he’d say, and then he’d set me down.  “Go say hi to your grandmother.”

She was seated, always seated, and always smiling thinly.  She looked like an old, tired version of Dorothy from The Wizard of Oz, pale and with eyes deep in their sockets.  “Hi, Grandma,” I’d say from my grandfather’s side.

“You won’t come give Grandma a hug?  That’s okay, honey.”

My mother left me alone with Brooksie once.  What a grandma she was that night.  We played with her plastic chicken that laid eggs, ate sugary stuff, and later that evening went shopping for Slinkys.  I allowed her to come closer to me after all of that attention.  There isn’t much difference between taming alley cats and grandsons, I suppose.

“Okay,” she said.  “But first let’s see what’s inside.”  She unrolled a poster of a kitten clinging to a tree branch.

“It says, ‘Hang in there, baby,’” she said, and she sounded just like I did when I was trying to tough it out after a scraped knee.  “It’s from your grandpa.”

“Why’d he send you a kitten picture, Grandma?”

I’m not sure how many days, weeks, or months passed, but I awoke one Saturday morning and ran for the living room television.  Cartoon time!  My mother sat cross-legged on the kitchen floor, sobbing.  The wall phone dangled by its cord.

I lay down on the couch and tried to understand what happened.  When people died they were put in a box and buried.  It was going to be dark, dark and boring.  What’s there to do in a dark box?  I was scared of the dark.  Maybe I could give her my flashlight and my Slinky.  I pulled my Underdog shirt over my face and lay very still, getting a feel for Grandma’s new house.

My sisters burst from their bedroom and joined my mother, all three sobbing and hugging. For the balance of my childhood this was their trump card in any argument:  You don’t have any feelings.  You didn’t even cry when Grandma died.  They played it rarely, but they didn’t need to.  I never forgave myself for not showing Brooksie love.

Grandma may have died, but she refused to stay in her dark box in the ground that was just like the inside of my Underdog jammies.  One night Brooksie appeared to my grandfather in a dream, pointing at the front doors of the Golden Nugget in Las Vegas.  He jumped on a plane and hit the blackjack table.  “She stood behind me the whole time, telling me when to hit,” he told me years later.  He didn’t lose a hand that night.

When she was in high school my sister took ill.  One night she sat up in her sleep and found Grandma seated on the edge of her bed.  “Lie back down, honey,” Grandma told her.  “It’s not your time.”  My sister’s fever broke by morning.

Brooksie sightings over the years weren’t uncommon – dreams, sensing her presence, that sort of thing.  I didn’t need to concoct a supernatural vision of Grandma, though.  I dragged her around like Marley’s chains, one heavy link for each missed hug and two for every tear that never leaked from my inhuman eyes.

And then one night late in my teenage years I dreamed that I was standing at the front door of a well maintained, post-war suburban tract home.  The green lawn glowed where it met the clear blue sky; tulips and snapdragons bloomed along the sidewalk.  My grandmother opened the front door and said, “Hello, Jimmy.  Come on in.”  She still looked like an older Judy Garland, but healthy now – bright and rosy.

We sat in her kitchen and drank tea while I rambled about what I’d been up to for the last ten years.  She listened and laughed, and then an older man entered the room.  He was a pleasant guy, neatly but humbly dressed and sporting a short white beard.  I assumed that he was a minister.

“I want to stay with you,” I said, and I sounded just like she did when she read me the text on the kitten poster.

“You’re okay.  Everything is okay,” she said.

I grabbed hold and hugged her tightly.  “Please don’t make me go,” I sobbed.  “Please –“

I awoke crying, my arms clinching the air.  From that day I’ve never felt guilty for once being a young boy who couldn’t understand sickness and death.

I promised you a ghost story, and I’m not sure that I delivered.  That’s for you to decide.  All I know for certain is this:  If there is any force capable of defying the laws of the physical universe, it is a mother’s desire to help the ones she loves.  If you’ve lost yours without finishing the business between the two of you, don’t worry – she’ll make everything okay.  Hang in there, baby.