Why Jerry Mattered (Even If He Was A Jerk) 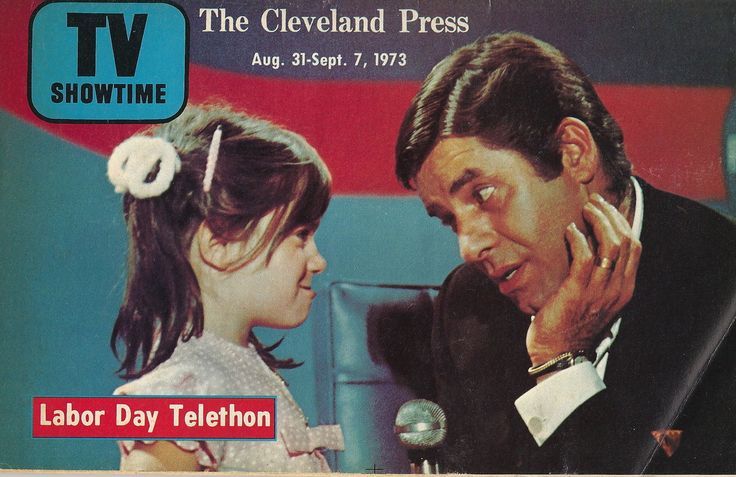 There are many cultural touch points that make my children’s and my childhoods seem like distinct historical epochs, but maybe none so subtly important as the Jerry Lewis MDA Labor Day Telethon.

Never mind distinct, my childhood might have occurred hundreds of years ago as far as my kids are concerned. There was no internet (at least as we know it today) when I was a kid, for example. There weren’t even home computers, aside from maybe a basement-dwelling weirdo or two. There were no electric cars, either, at least as we know them today. There was the Citicar but nobody owned one, aside from maybe that same basement-dwelling weirdo.

I’d like to say that the inexplicable popularity of Kanye West differentiates my childhood from my kids’, but I was raised during an era when Donny and Marie Osmond had their own hit TV show and Starland Vocal Band won a best new artist Grammy. Bad taste knows no decade.

On-demand entertainment meant owning the record or, during my teen years, renting the movie; otherwise, we listened to the radio or watched whatever was on television. As a result, the bar for “entertainment” was pretty low. A quick look at the main title sequence for Supertrain, new to the fall 1978 NBC lineup, will give you some sense of how bad network television could be 40 years ago.

The new fall lineup was a big deal, at least to me. I was always jazzed to see what shows the new season brought, but before any of them debuted the show of all shows aired: The annual Jerry Lewis MDA Labor Day Telethon. Just like my kids have never known life without  the internet, I never knew a time when a tuxedoed Jerry vacillating between arrogance and stupidity didn’t mark the end of summer. When Lewis managed to squirt a tear while singing “You’ll Never Walk Alone,” I knew school was just about to start and, more importantly, TV would be out of reruns and the new shows would kick off. Jerry Lewis was like the groundhog of autumn.

Jerry and his Las Vegas crowd represented the generation gap separating my parents from me. It wasn’t just the artists themselves–Wayne Newton, Frank Sinatra, Jerry Vale–that seemed old-timey to me, but rather their feigned sincerity and contrived spontaneity, their corny wardrobes and their cornier performances. Frank “surprising” Jerry with a Dean Martin reunion was big news back in ’76, but come on. Of course this was staged:

Every year I tuned in for the telethon, mostly because it was event television but also because it was an excuse to try and stay up all night. If I had to suffer through a Steve and Edie duet to get there so be it, but I never made it through the night. Eventually I’d nod off on the couch, and when I woke up Jerry’s tie would be hanging loose and the tote board registered a couple million more dollars than the last time I saw it.

There was always the possibility that some cool act was going to perform. Rumors swirled in ’79 that the mighty KISS were going to play the telethon. I was a borderline-obsessed fan of the band, so I remained glued to the television in hopes of catching their rare television appearance. Of course I fell asleep, and the next day every KISS fan I knew called to tell me how awesome they were. They weren’t, by the way:

The best performers on the telethon were always Don Rickles and Sammy Davis, Jr. The Candy Man worked the cheesy Vegas vibe like the rest of the Rat Packers, but when it came time to sing he always nailed it. Rickles was the needle lancing Jerry’s self-congratulatory balloon. After several hours of listening to guests fawn over Jerry, Mr. Warmth spoke for all of us with his vicious take downs.

But the thing was, Jerry deserved the praise. Over a 43 year period, the telethon raised 2.5 billion dollars for the Muscular Dystrophy Association. He may have been an arrogant asshole, but that’s an awful lot of good. And while Jerry didn’t invent celebrity fundraising, my hunch is that without his telethon as a model the biggest charity event of my childhood, Live Aid, never would have happened. Heck, maybe crowdsourced funding sites wouldn’t even exist.

There’s no room in our culture anymore for something like the Jerry Lewis MDA Labor Day Telethon, just like there’s no place for shitty network shows in the fall lineup. Our attention is too fractured these days to draw an audience like the telethon used to attract. That’s really a shame, because no matter how corny the telethon was, it was an annual collective cultural event. For 21.5 hours we all tuned in, at least for a little while, to watch people in tuxedos try to make the world a little better for Jerry’s Kids. That’s perhaps the saddest cultural marker differentiating my kids’ childhoods from mine–the lack of the big pop culture event that connects us all for a little while. It wasn’t just his kids who were better off thanks to Jerry, it was all of us.

Jerry Lewis may have been a jerk, but he was a jerk who did a lot of good for a lot of people. My childhood would have been a little drabber without him. I can’t say the same for Supertrain.