51. I Hate the Teachers and the Principal, Don’t Wanna Be Taught to be No Fool 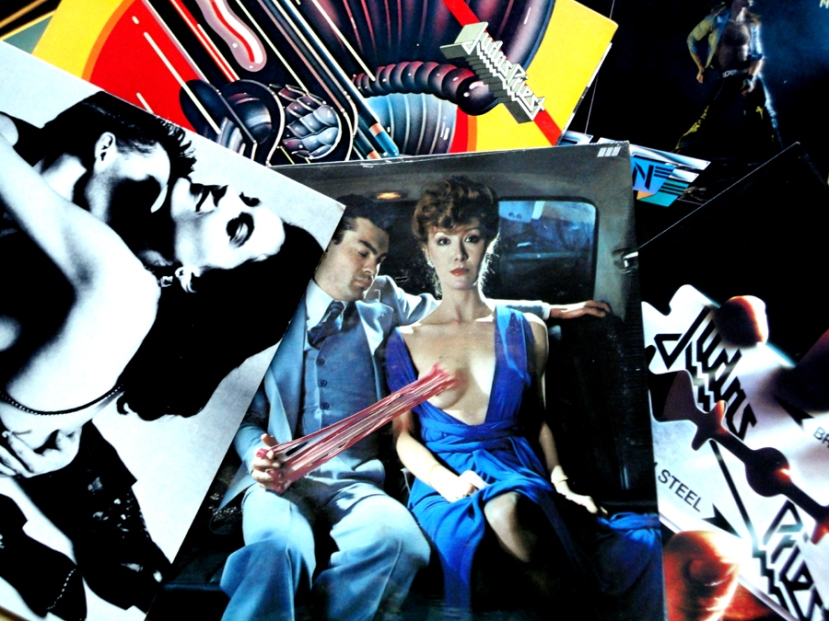 Boiling Springs High School was the newest, cleanest building in town.  The sun and rain had yet to dull the red brick; the huge expanse of lawn leading up to Old Furnace Road was lush and green.  Inside the lockers were painted brightly and the cinder block walls a glossy white free of footprints thanks to the ever vigilant Big Mac, the fossilized principal who waddled about like a Dan Ackroyd character bellowing “Do you put your feet on the walls at home?”  Carved into the red clay beside the school was a football stadium that many colleges would have been proud to call their own.  Football was bigger in Boiling Springs than anything but church, and on Friday nights even that was a toss-up.

The student parking lot was situated behind the school and could be reached via the long, almost stately driveway leading from Old Furnace Road, or by way of a back driveway that connected with a gravel road.  Scattered along this road were house trailers, derelict sharecropper shacks and, if you knew where to turn, the beautiful Melody’s house.  Two summers had passed since I first sneaked on bicycle over to that house to make out with Melody before her mother returned from work.

No more bicycle.  Today I was tearing through the gravel in my rickety MGB, on my way to pick up my first high school class schedule.  I pulled into the student parking lot and there they were:  Camaros, Firebirds, Trans-Ams.  Some were new and spotless, others beaten and spotted with primer.  Grown men who just last spring were boys leaned against them, and wrapped around them were the girls-now-women that I called The Untouchables.  The future football stars of  Boiling Springs High School and their sweethearts, the shit-hot kings and queens of all they surveyed as long as they remained on campus.    Curves and sex everywhere: Impossibly long hoods and fat rear ends with flared fenders; foaming heads spilling from beer cans onto floor mats; the pungent aromas of tobacco and pot.

Some of the football players smirked and their girls giggled at a barely audible “faggot car.”  I walked past them in my Ocean Pacific shirt and my Levis, hair feathered and Goody comb handle protruding from my back pocket.  I threw the guys “what’s up” half nods and tried to wordlessly demonstrate my approval of the Scorpions, Judas Priest, and Van Halen blasting from their tape decks.

In the school office a lady with ceramic hair handed me my schedule:

School did not start for another week and I hated it already.