From The Stacks: Open Up And Say…Ahh! 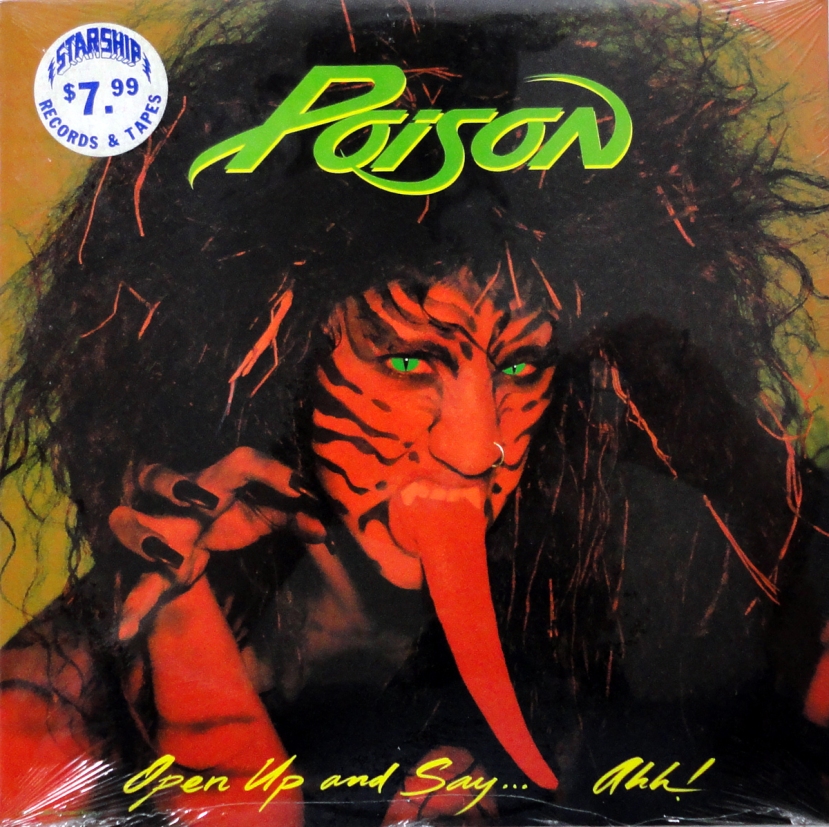 This is a dangerous album cover.  When it was released in 1988 various churches and parent groups got all bent out of shape.  Oddly this was because they assumed that the there was devil worshippin’ a-goin’ on when what they should have been protesting is that it’s ass-ugly.

See that “Starship Records and Tapes” sticker up in the corner?  That’s the record store where I worked when this album came out.  The next door down was Wal-Mart’s.  They refused to stock this record because of the dangerous album cover that scared various churches and parent groups.  As a result the record label censored the cover by tossing a couple of black bars across it and making it even uglier:

This made Wal-Mart happy, so they and other easily brow-beaten retailers went back to stocking the album, which went on to sell several million copies.  People didn’t buy the censored version for the album cover but for hit songs like “I Could Care Less” and “Stick An Ice Pick In My Ear Rather Than Make Me Listen To This” and “For The Love Of God Please Make It Stop.”

I, on the other hand, bought my copy solely for the album cover, which explains why it still has the Starship Records sticker on it.  See, I had no need to open mine.  As long as it remained sealed the awful music could never leak out, and on top of that someday I could sell my rarity for thousands.  Surely this was my generation’s “Butcher Cover.”   With employee discount and sales tax I invested six bucks in my future.

A copy of the uncensored cover still in the shrink wrap recently sold on eBay for $25.00, which means that I’ve dragged this hunk of plastic all over the country with me for the last twenty-five years in order to make nineteen dollars.  So to recap:

And on that note I officially declare Blame Music Week over.