79. No One Will Guide You Through Armagideon Time 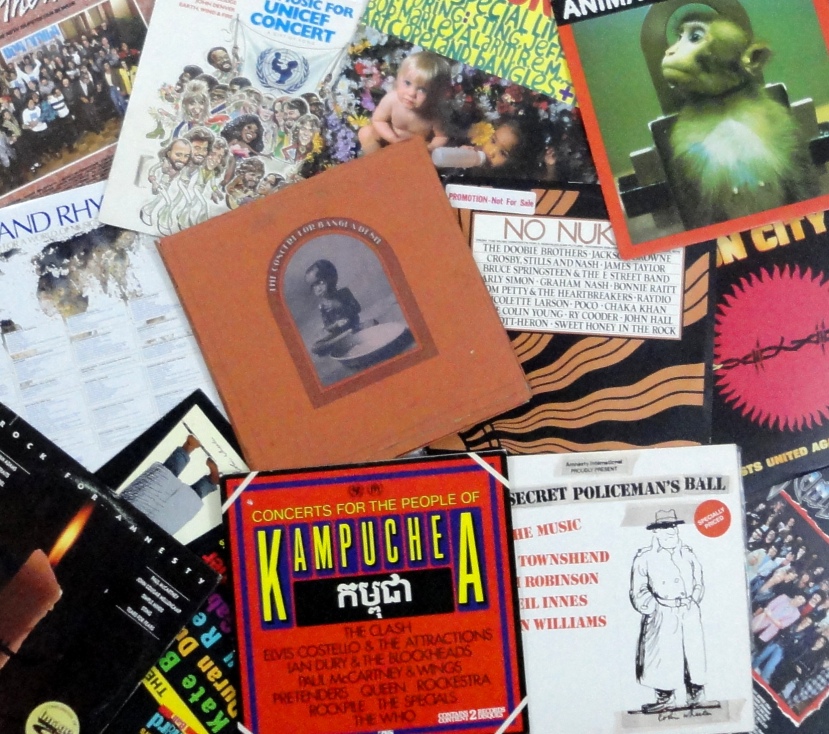 “Why, what’s wrong with them?”

“Nothing.  I’m just not into this stuff anymore.”

“Yeah, I guess.”  He took the box and I racked up a game of eight ball on his father’s pool table.  I heard the turntable needle drop folllowed by the swell of synthesizers.

“This sucks.  Put on something else.”

“If it sucks then why do you play ‘I’ll Wait’ every time you come over?”

“Fuck you.”   I tossed my cue stick onto the table and went to find Sherri.  She was curled up in her father’s chair in the den, watching MTV.  I wriggled in beside her and she wrapped herself around me.  “How long before we need to leave for the dentist?” I asked.

“Shh, hold on.  I love this.”  On screen Professor Lionel Richie was teaching the fine art of sculpture to a class of undergraduates, but more specifically to a hot blind girl with Lionel Richie hair.  He followed her like a stalker, repeatedly asking “Is it me you’re looking for?”  I hoped she’d reply, “No, I’m looking for the bathroom,” but that wasn’t in the script.

This was supposed to be a love story in which it was perfectly acceptable  for the authority figure to obsess over the disadvantaged girl who was half his age.  In the end, though, we learn that the attraction was mutual.  The blind sculptress unveils the hydrocephalic Lionel Richie pinata head that she’s been working on, and Professor Lionel swoons through his Soul Glo.  “Oh, it’s so romantic,” Sherri squealed.

The three of us piled into Sherri’s car and I drove them to their dentist appointment.  I popped Concerts For The People Of Kampuchea into the tape deck and cranked it.

Benefit albums and all-star fundraisers are ubiquitous now.  Sir Bob Geldof may have done it biggest with Live Aid, but he wasn’t the first.  In the interest of time let’s not go all the way back to the 1791 benefit show for Mozart’s survivors.  What we think of as the benefit gig dates to George Harrison’s 1971 Concert For Bangledesh, which if I’m not mistaken was a concert for Bangledesh.  The triple album documenting the event was huge, and it paved the way for other Seventies classics like The Secret Policeman’s Ball and 1979’s No Nukes concerts.

What made Bangledesh, of course, was the presence of the quiet Beatle.  All due respect to Ravi Shankar, but the overwhelming majority of people bought that album for George.  Good on him for using his fame, his gifts, and his kindness to help the less fortunate.  That one not-so-random act of kindness didn’t just raise money for suffering Bangledeshis, it established both a template and a precedent that survives to this day.  If we accept George Harrison as the spiritual father of the modern benefit concert, he is indirectly responsible for tens if not hundreds of billions of dollars flowing from decent people like yourselves to those who need help.  Also, he helped to keep Ringo employed for eight years.

Anyway, in 1979 fellow Beatle Paul McCartney found his own Asian country to help, and truth be told he put together a more fan-friendly lineup.  Brits lucky enough to attend the three nights of shows at London’s Hammersmith Odeon witnessed sets from Queen, The Who, and Wings.

Queen only gets a single cut on the Concerts For The People Of Kampuchea album, though they played a full night by themselves.  The version of “Now I’m Here” on Kampuchea might be the finest official live recording of the band. Freddie is in amazing form, reaching through the speakers with his call and response.

McCartney’s three cuts — not including the all-star Rockestra closers — find The Cute Beatle in fighting trim, though “Every Night” and “Coming Up” aren’t exactly indispensable Macca tracks.

The Who, though — I need to be careful.  I’ve abused your good will too often swooning about the brilliant Who, but this is a special performance.  Mooney was gone barely a year when his bandmates strode on stage with ex-Faces drummer Kenny Jones and tore the shit out of “Baba O’Riley,” “Behind Blue Eyes,” and “See Me Feel Me.”  The weak link here is “Sister Disco,” but who cares — the other three tracks are must-haves.

What was really cool about Concerts For The People Of Kampuchea was that the mighty titans mentioned above were gateways for the exponentially cooler artists on the record.  I may have come for The Who but I stayed for The Clash’s “Armagideon Time,” the Pretenders’ “Precious,” and The Specials’ “Monkey Man.” Go listen to that ska-tastic jam right now, I’ll wait.  If after listening to that cut you don’t want to poke Gwen Stefani in the eye then we don’t have anything left to talk about.

Elvis Costello, Nick Lowe And Rockpile featuring Robert Plant, Ian DuryAnd The Blockheads begging us to to hit them with our rhythm stick, hit me hit hit m–

I looked at her and all I could see was that giant, misshapen terracotta Lionel Richie head.  “We need to talk,” I said.  I didn’t know who she was looking for, but it obviously wasn’t me.