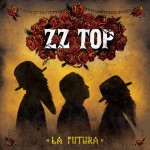 ZZ Top’s new album, La Futura, drops on September 11, 2012.  I know what you’re thinking — you haven’t cared about ZZ Top since Eliminator, if at all.  Some of you (like me) go back even farther than that to the era when they were the greasiest, nastiest, blues rockers this side of the Rio Grande.

I haven’t heard the whole album, but if lead off single “Gotsta Get Paid” is any indication this is the Little Ol’ Band From Texas’s comeback.

Producer Rick Rubin has a gift for bringing the best out of legends, and this is no exception.  The big surprise here is that it wasn’t Rubin who hooked up ZZ Top with DJ DMD’s hip hop track, but rather guitarist Billy Gibbons.  Apparently he heard the cut years ago, zeroed in on the line “gotsta get paid,” and spent a decade or so noodling how to turn it into a ZZ Top classic.  Listen for yourself – this more than makes up for musical crimes committed by Vanilla Ice and Puff Diddly Doodly.