From the Stacks: A Christmas Adventure in Disneyland 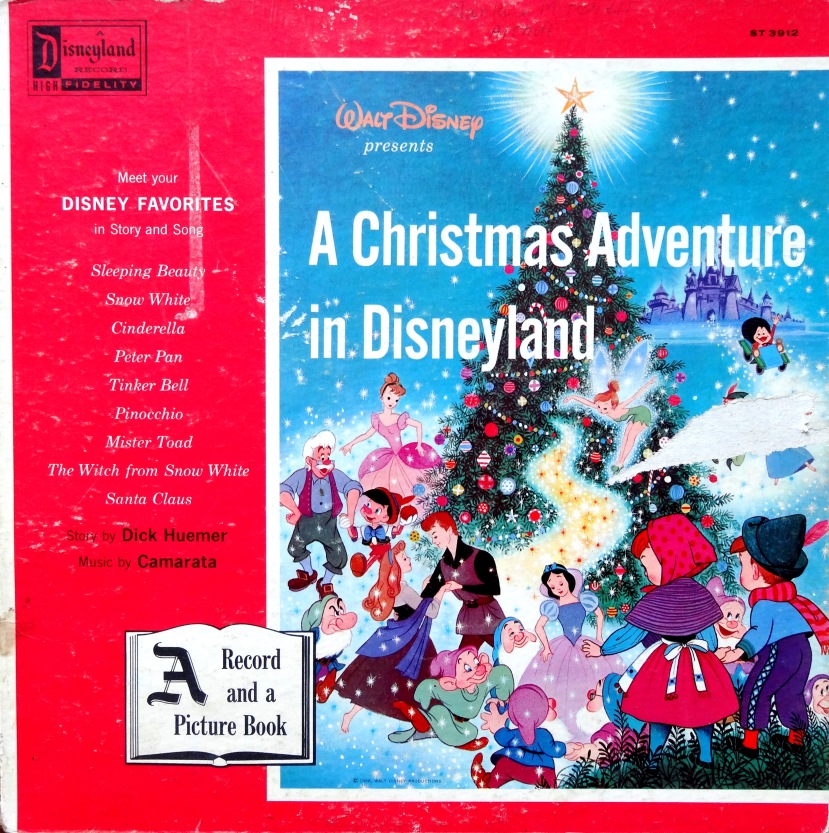 We all collect something: postcards, records, comics, celebrity fingernail clippings, Virgin Mary water stains.  My mother’s childhood collection wasn’t extravagant because she didn’t come from an extravagant family.  She was raised in poverty, and I don’t mean “one iPhone behind” poor, but rather “don’t tell anybody daddy poached a deer so that we can eat” poor.

Christmas looks extra bright and shiny under those conditions, so my mother chose to collect it into a binder.  How does one fit a holiday season into a notebook?  Well, my mother (long before she bore such a weighty title) meticulously clipped and saved the Family Circle Christmas story each year.  Where she got the magazines I don’t know, but I’m certain they were acquired on the up and up.  My mother is the most honest person I’ve ever known, and that’s no lie.

In December 1958 Family Circle published “A Christmas Adventure In Disneyland.”  The park was two and a half years old at that time; my mother thirteen. Snip snip snip, and the story was tucked away along with the rest.

In 1959 Disneyland Records released an LP version of the story with music by Camarata and narration from Gloria Wood, but we didn’t know that.  The only version that my sisters and I knew was the one read by animated mother, who played all parts from witch to toad with equal verve.

We could barely overcome our excitement when the blue Family Circle binder made its annual appearance.  Each night one of us three children would pick a story for our mother to read, and two out of three nights it was this one.

It’s easy in retrospect to be cynical about the blatant product placement, but Christmas and Disney were the chocolate and peanut butter of childhood in the sixties and early seventies.  The idea of going on a wild ride with Mr. Toad or escaping that creepy witch was pure magic, but for me it was all about taking a ride in that tree-shaped spaceship.

Anyway, the record.  There are two versions out there: The 1959 original, which includes the ten page story, and a 1973 reissue without.    It’s one of those cross-collectibles that appeals to both record collectors and the Disneyana people, so prices are a bit higher than you might think.  Expect to pay in the $10-15 range, and since it’s a kids’ record pay close attention to condition.

And don’t be disappointed that Wood’s narration isn’t as good as my Ma’s.  That kind of lightning strikes but once.