On My Turntable: Conspirator – Unleashed 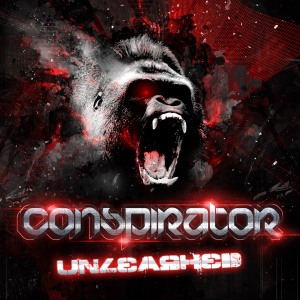 The problem with electronica  is that the music is so rarely interesting, reduced to a doom-doom-doom rhythm measured in beats per minute rather than groove.  But when it’s good it’s really good, and  Conpirator’s Unleashed falls into that category.

Aaron Magner and Marc Brownstein from The Disco Biscuits formed Conspirator as a side project, a safe haven for their electronic jones.  Guitarist Chris Michetti and Pendulum tour drummer KJ Sawka round out the band.

What sets Conspirator apart from the bleats and bloops of most electronica is that they haven’t foregone songs for aural textures.  Lead single “PowWow” is a great example, merging dubstep, tweedles and doodles, and a blistering guitar solo from Michetti.

They have a sense of humor, too.  “The Commish” reads like a parody of a Mike Post television theme.  It’s hooky, melodramatic, and funny as hell.  I dare you not to run around the house creating your own main title sequence while this track is playing, index finger pistols cocked and loaded. Don’t forget the freeze frames.

The tastiest cut on the album is “Hammer Down,” which would be right at home on a Trent Reznor production, but without all of that mopey self-loathing.  I do enough of that on my own, Trent, so it’s nice to hear that level of musicianship without the hand-wringing.  (Full disclosure:  I like Nine Inch Nails, I’m just busting chops.  Oh!)

Conspirator is taking the show on the road, and if you catch them early in the tour you’ll get a double bill with Break Science.  Get on it!

Learn more and score some downloads at http://www.conspiratorband.com/