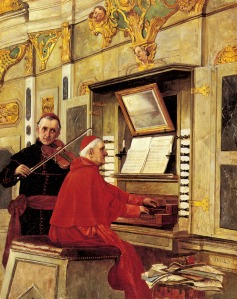 My kids run across a crusty old song now and then that for them is a revelation.  “Dad, have you ever heard this?” they excitedly ask. “Do you like it?”

Usually my response is, “That’s a very well made song, but it’s completely fucked out.”  I say this for two reasons: 1) It’s true, and 2) I’m gunning for that Father of the Year award.

But you know what?  It’s not those poor songs’ fault that they have been beaten to death by unimaginative program directors, marketers, and action movie producers.  Sometimes if you’re lucky one of these wrung out songs will sneak up on you and you’ll hear it with fresh ears and remember why it was so great in the first place.

You can’t count on those kind of moments, though, so I’m here to help.

When we watch sports we follow the ball, but often the most interesting parts of a game happen away from the ball.  That’s where the strategy unfolds, the cheating happens, all that subtle nuance that goes unnoticed but drives the ball down the court or field.

The same is true in music.  We tend to follow the lead instruments, usually the voice and the guitar, and after 50,000 plays of “Freebird” the song doesn’t even exist anymore.  This is my other comment to my kids: “It’s a good song, I guess.  I don’t even hear it anymore, it’s just like wallpaper or something.”

So today’s exercise is intended to take your eye off the ball.  I’ve selected a handful of classic rock nuggets worthy of The Stink and the Morning Zoo Crew (or whatever the hell your childhood DJ was named) along with one ringer from X.  Here’s what I want you to do:  Focus on the organ when you listen to these songs you can’t hear anymore.  You might be surprised how fresh they sound when you focus your ears on a single instrument.

“Roll With the Changes,” REO Speedwagon.  Oh how it pains me to say something nice about REO Speedwagon, but that’s a bad ass little organ break.

“Foreplay/Long Time,” Boston.  Organ in the “Foreplay” portion is the lead instrument so it’s not too interesting in this exercise, but focus on it in “Long Time.”  Tasty.

“Nausea,” X.  And now I have to say something nice about Ray Manzarek.  His noodling on Doors tracks bores me, but it fits so nicely here.

“With A Little Help From My Friends,” Joe Cocker and The Grease Band.   Take off your hat, we’re going to church:

“Get Back,” The Beatles.  Of all the fifth Beatles, Billy Preston is the fifthiest.

“Renegade,” Styx.  This cut got a lot of 8-track time during my elementary school years.

“Smoke on the Water,” Deep Purple.  If focusing on Jon Lord’s organ riffs can wake this song up then you know there’s something to this “keep your eye off the ball” business.

“ABACAB,” Genesis.  This is a really good example of what I’m talking about.  Not a completely different song, but a different experience setting the ears to “organ.”

“No Quarter,” Led Zeppelin.  The mighty Zep.  Five songs have been beaten into pop culture submission, leaving an almost entire catalog unexplored by most ears.  Sure, you know Bonzo’s big drums, Robert’s golden god voice, and Jimmy’s guitar heroics, but Led Zeppelin’s secret weapon is multi-instrumentalist John Paul Jones.  There are lots of tasty nuggets like this one waiting for you.  Check out JPJ on the keys here:

Well, how did it go?  Did you hear anything new?  I’m listening.