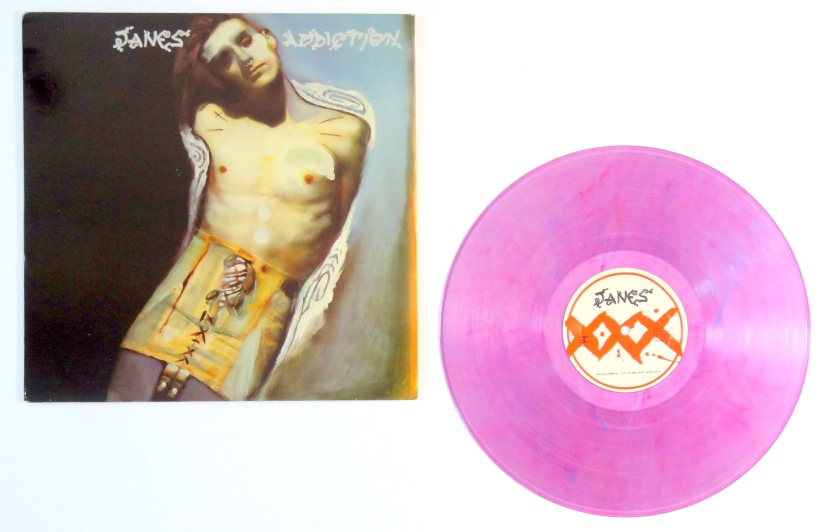 I have a lot of Jane’s in my stacks, but oddly in terms of vinyl I don’t have “normal” copies of any of their official albums.  Take their eponymous Triple X debut, for example.

The label pressed versions of this album in clear, white, green, red, blue, and purple.  I was much too poor at the time to buy all six copies, so I picked up the purple one, which my buddy at Green Hell records just off of Hollywood Boulevard swore was the rarest of the six.

Aside from the sweet, sweet vinyl the color copies also included the original lyric sheet, which would be cool enough for framing if I wasn’t so against breaking up the set.

My wild guess on value would be around fifty bucks, but that’s based on a recent auction price for a red vinyl copy.  I can’t even verify that purple was the rarest of the group, but who cares — I got one.  Happy hunting. 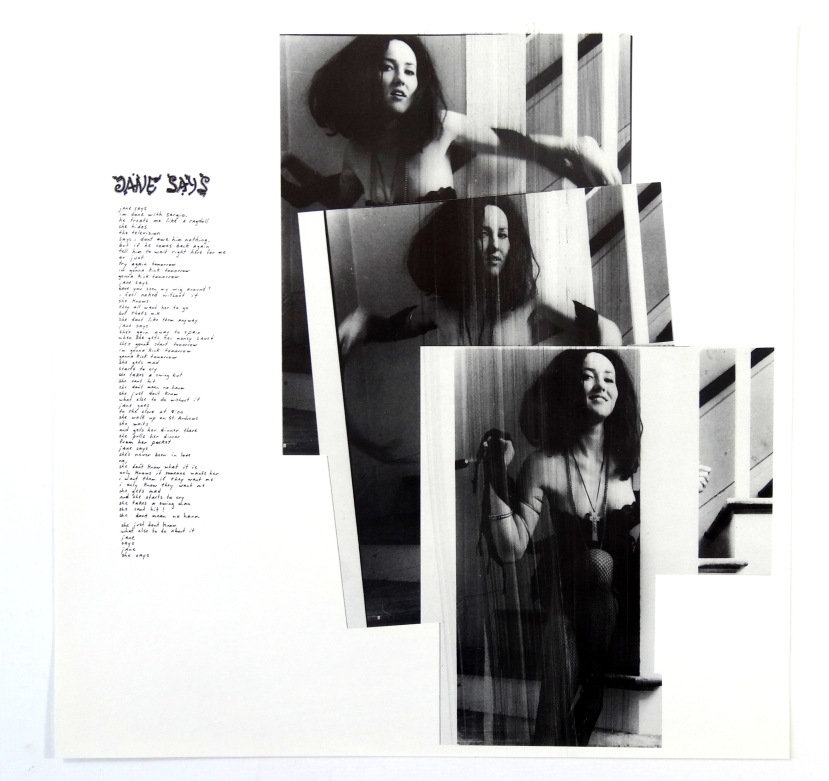 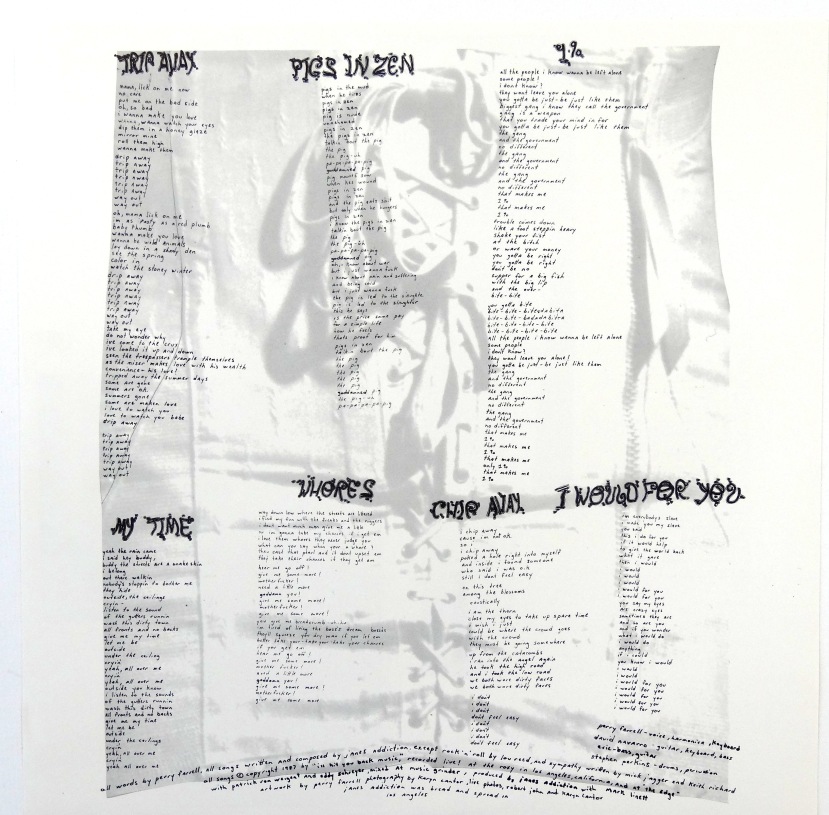