From the Stacks: The Rolling Stones – Sticky Fingers 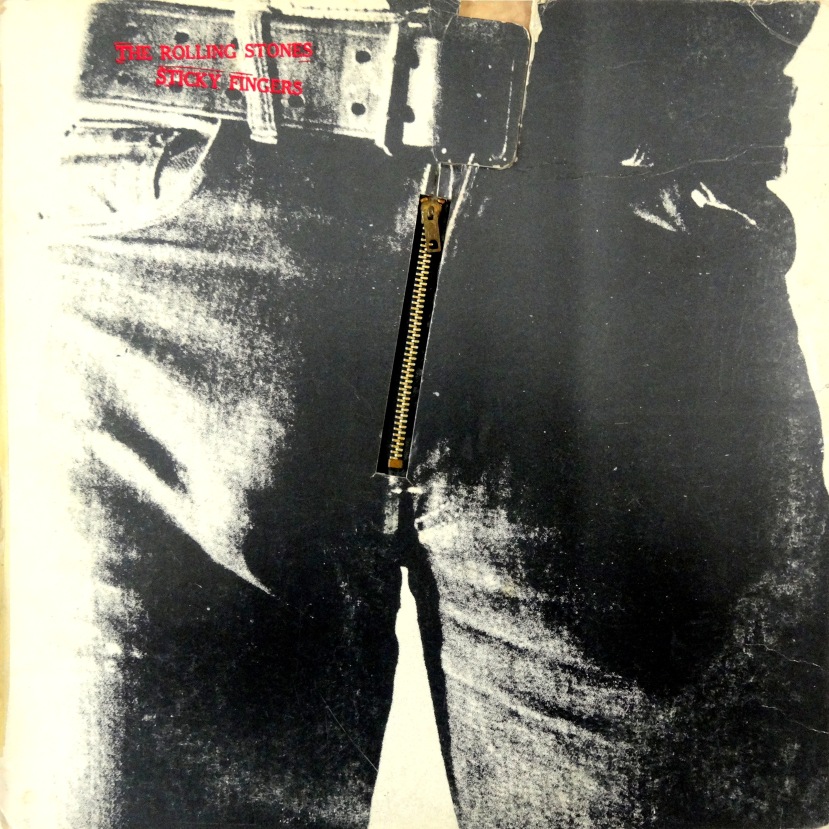 Another classic Stones album cover, this one designed by Andy Warhol’s Factory.  Sticky Fingers was the Stones’ first album of the seventies, the first album cover to feature a working zipper, and a blind alley  for those who wanted to believe that was Mick’s enormous hog in those jeans.

No, the real owner of said penis giganticus remains a matter of some conjecture, but I think we can safely say that it belonged to one of Warhol’s stable boys or hangers on.

The zipper was a bit of a nightmare for both retailers and the record label, as when a stack of Sticky Fingers was boxed up or smashed together in an album bin the little zip/unzip tabby would damage the album.  This was later resolved by shipping the album with the zipper down so that the tab was only rubbing against the center of the album, where no music was contained.

Eventually the real zipper was omitted, replaced by an image of a zipper.

A couple of alternate covers of this album were designed for overseas markets, but unfortunately I don’t own them.  You can find these curiosities readily on the intergooglewebtubes.

This is a tough one in terms of value.  Sticky Fingers is a very common album, even with a working zipper, so you can find a specimen in the $10-$20 range; however, first UK pressings and white label promos sell in the hundreds.  If you really want a collectible copy, I recommend finding a reputable dealer rather than trusting auction sites.  Much like thinking that’s Mick’s wang on the cover, what you see isn’t always what you’ll get.  Happy hunting. 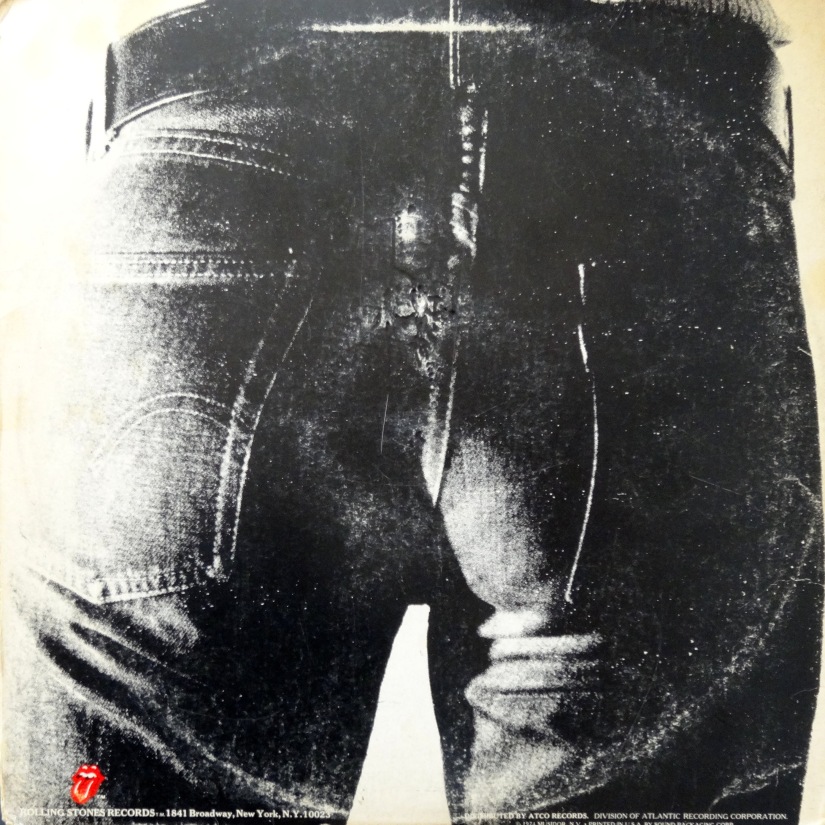 Tagged as: The Rolling Stones