From the Stacks: David Bowie in Bertolt Brecht’s Baal 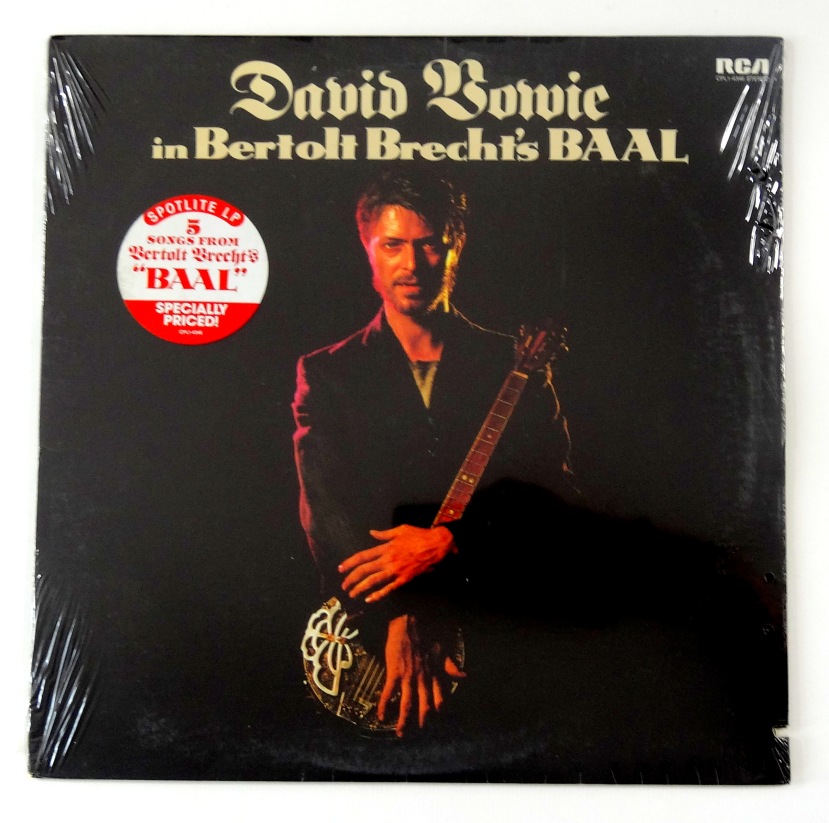 The Dame teamed up with long time producer Tony Visconti for this record, which is one of only two Bowie albums that were racked in the classical rather than rock section of most record stores (the other: David Bowie Narrates Prokofiev’s Peter and the Wolf).
This is also the last album that Bowie made for RCA, his home for the duration of the seventies.

Is it good?  Yes, especially if you’re fond of Bowie’s takes on Brel’s “Port of Amsterdam” and Brecht/Weil’s “Alabama Song.”  Although I can’t find numbers, I’m confident that this is Bowie’s worst selling record since his Deram debut, and yet it is still quite affordable.  You should be able to find a copy in the five to fifteen dollar range, maybe a little bit more if like mine it’s still sealed.  Happy hunting.