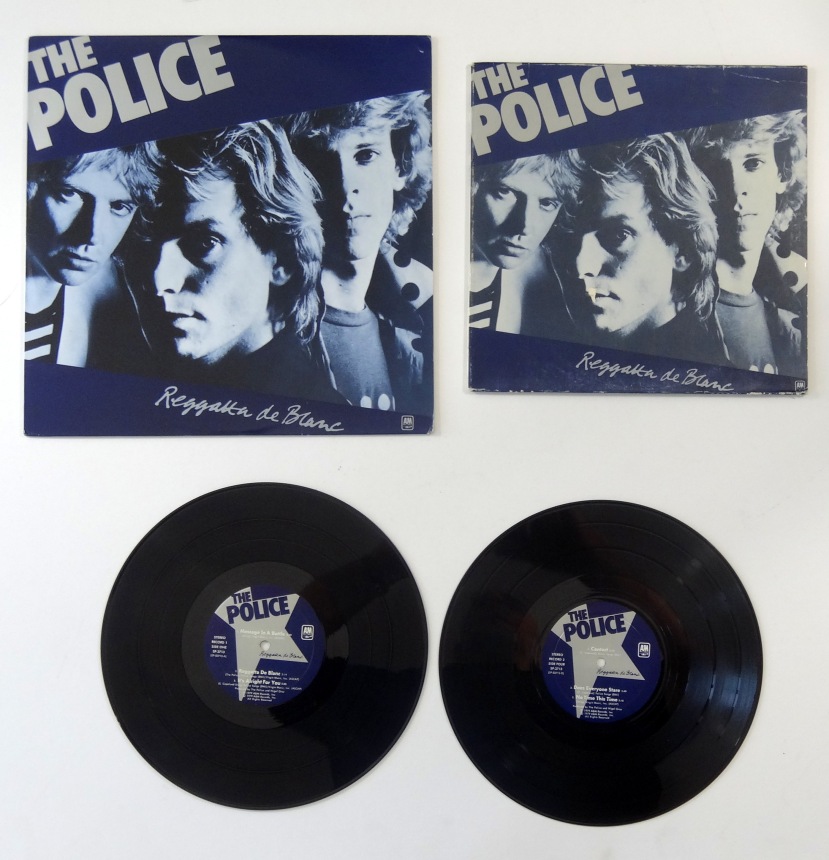 This one is a bit of an oddity.  For reasons that I still don’t really understand several albums were released in 10-inch versions along with their standard 12-inch counterparts (both pictured above).  We’re not talking EPs here, but regular long players repackaged.

Maybe it was a nostalgia thing — a throwback to the fifties when the 10-inch was king.  More than likely it was no more than a way to get suckers like me to buy an album again.  Spoiler alert: It worked.

Regatta de Blanc might be my favorite Police album, but it’s a tough call.  To my ear the trio made five perfect albums.  There are some other nice Police oddities out there — badge-shaped picture discs, that sort of thing — but if you’re not interested in collecting just pick up those five studio albums and enjoy.

Expect your mini Regatta to set you back about twenty bones.  Happy hunting.

Tagged as: The Police