From the Stacks: Madhouse – 16

I’m pretty sure Prince didn’t sleep between 1978 and 1990.  I’m not even sure that he sleeps now.  Eighties radio was dominated by the unholy alliance of Michael, Bruce, Madonna, and the Minneapolis Genius, but of that gang of four nobody made more hay during the decade than Prince.

That guy was everywhere.  Not only did he have his own thing going on, but Chaka Khan, Sinead O’Connor, and The Bangles had hits with Prince songs, too.  That’s not even close to a complete list, either. He remade “Morning Train” Sheena Easton into that sexy “Sugar Walls” lady, to name another.

And then there were the related acts: The Time, Vanity 6, Appolonia 6, The Family, Jesse Johnson’s Revue.  When did the guy find time to buy new blouses and crawl through rose petals to his claw foot bathtub?

But that’s all hit record stuff.  You might not like the hits (I don’t like most of them, honestly), but Prince remains one of the most ridiculously talented musicians ever to put on a pair of curtains and dance like James Brown.  And as a musician, the guy couldn’t or wouldn’t be constrained to a single genre.

Madhouse was essentially Prince incognito playing a sort of pop-funk-jazz fusion.  He had a little help: Eric Leeds played the sax; Sheila E. knocked out some percussion; and Matt Fink from The Revolution laid down some keyboards, among other guests.  Only two Madhouse albums were made, 8 and 16, together compiling 16 numerically named tracks.
Truth be told they’re a little dated, but that’s solely because Prince owned the eighties.  It’s a little like calling early Beatles dated — true statement, but when you define the decade you get a pass.  Regardless, I still pull both Madhouse albums out now and then and give them a spin.  Lord knows if you don’t like the music there’s plenty to love about the album covers.
A good median price for this one is around $20.  You can expect $10 wiggle room either direction based on condition and whether the seller knows what they have. Happy hunting. 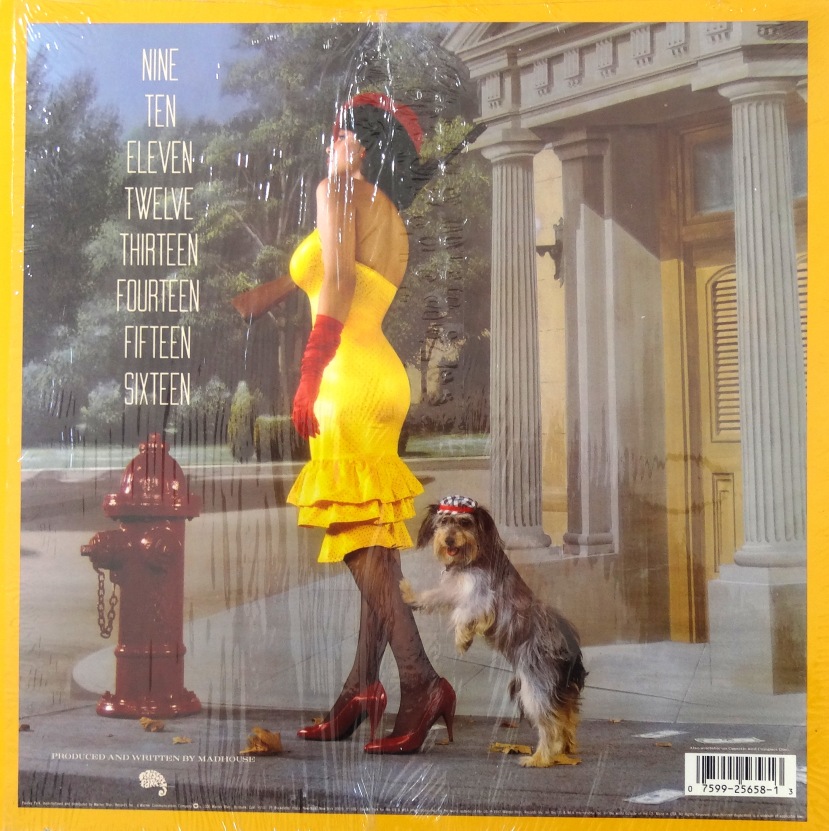