Deep Cuts: Eighties Songs I Was too Cool to Like (But I Really Did) 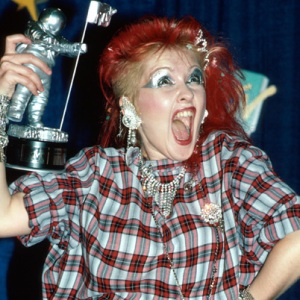 The bad thing about being a teenager in a Black Sabbath t-shirt or gazing at your Capezios through lumps of eyeliner is that you have to hide in the closet all of the music that doesn’t fit your image.  Next thing you know you’re having nonsensical conversations about “Word Up” when you should just be waving your hands in the air like you don’t care.

In the interest of full disclosure, not only was I an eight year old Barry Manilow fan and a lover of “Word Up,” but throughout the eighties there were many Billboard Top 100 hits that I secretly enjoyed.

And so from the decade that saw me grow from age 12 to 22, here are some songs that I was too cool to like (though I really did) along with their year-end Billboard ranking. By definition none of these are really deep cuts since they charted, but my need to confess outweighs my need for semantic precision.  May God have mercy on my soul.

1980, #69: “Into the Night,” Benny Mardones. At age 12 this yacht rocker sounded like adulthood to me, and it kind of still does.  If I had a pair of Angel Flights and a Cordoba I’d drop this in the 8-Track and we’d go for a cocktail. And then I’d show you a love like you’ve never seen.

The bad news: I hear Benny Mardones is dealing with Parkinson’s.  I hope he’s doing well.

1981, #18:  “Just the Two of Us,” Grover Washington, Jr. and Bill Withers. No song featuring Bill Withers should ever be a guilty pleasure, but such is the mentality of a 13-year-old with a stack of KISS records. I’ve mentioned it before, but check out the Withers documentary Still Bill.  It’s mandatory viewing for music geeks.

1983, #88: “What About Me?” Moving Pictures. This one shouldn’t be a surprise to regular readers: It’s a story song and a climbing song.  That’s two for two on the “things that sucker in James” checklist.

1984, #17: “Time After Time,” Cyndi Lauper. I think I’ve said this before, but if so it’s worth repeating: “Time After Time” is the greatest pop single to come out of the eighties. Everything about this cut is great: The performance, the lyrics, the production.  Seventeen-year-old me couldn’t resolve how a song so brilliant came from the “Girls Just Wanna Have Fun” lady.

1985, #53: “The Boys of Summer,” Don Henley. The only Eagle one could admit to liking was Joe Walsh, but honestly I liked the first couple of Don Henley albums. This track in particular had a wonderful dreamlike quality that stood out above the rest of the Billboard chart.

Aside from “Boys of Summer” Henley and co-writer J.D. Souther also get a nod for writing one of the most profound pop lyrics of all time: “I think it’s about / Forgiveness / Even if, even if you don’t love me anymore.”

1988, #99: “Wait,” White Lion. By the end of the decade I had to work really hard to find a guilty pleasure in theTop 100. Popular music was at a Milli Vanilli low around that time, and besides that I think I was kind of over the “too cool for school” thing. Almost. I hated the whole glam rock movement, and nothing said Aqua Net excess like Mike Tramp’s White Lion mane.

But damned if this song isn’t a shimmering little gem.  I’d align this more with the power pop of bands like The Producers than the big dumb cock rock of Poison.