From the Stacks: Alice Cooper – From the Inside

I know I’m going to get grief on this one, but Alice Cooper’s 1978 From the Inside is my vote for Cooper’s masterpiece.

The album featured lyrics by Bernie Taupin,  and also on board from Elton’s camp were guitarist Davey Johnstone and bass player Dee Murray.  The roster also included Toto/session musicians Steve Lukather and Steve Porcaro, studio bass legend Lee Sklar and on and on.  The album is a who’s who of late seventies studio players.

So that’s all cool, but what really grabbed me was the autobiographical tone of the songs.  Alice was a fierce alcoholic, not a drinker but one of those dudes who literally was drinking himself to death.  He checked himself into an actual insane asylum to dry out, and upon release wrote this record based on the people he met inside.

Sure, it’s produced by David Foster and it isn’t as hard as the early Alice albums, but there’s an honesty and a vulnerability to From the Inside that rarely finds its way onto commercial records.

And the packaging was outrageous.  The cover featured “asylum doors” that opened to reveal the lunatics aside, also reflected in Alice’s eyes.

Luckily for you this one is available cheap because the record collectors haven’t caught onto what a great piece of visual art this sleeve is.  You can find a nice copy for under five bucks.  Happy hunting. 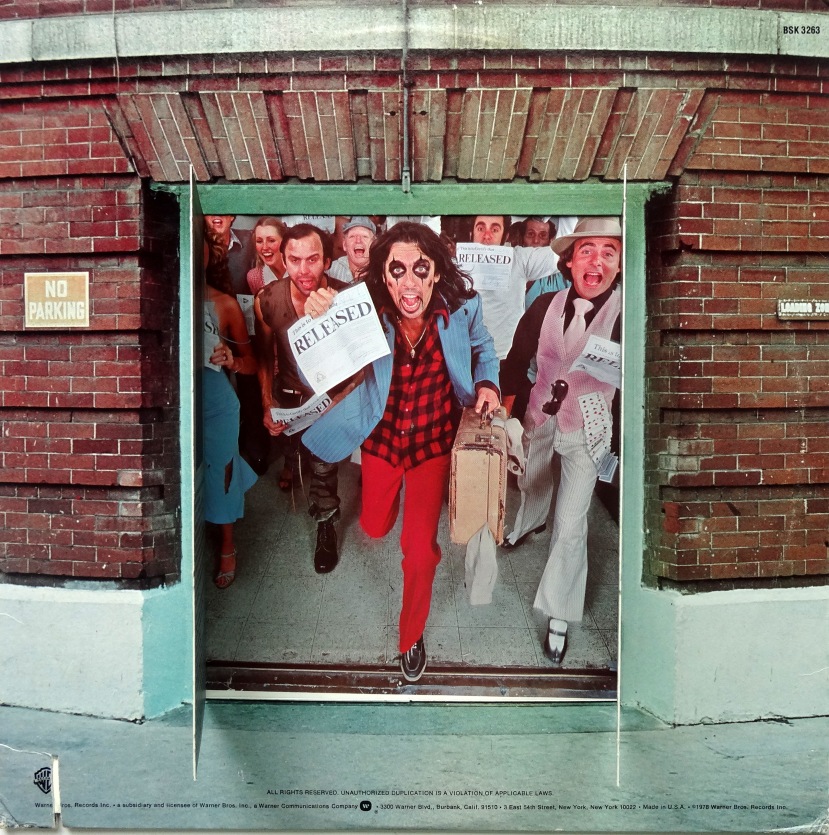