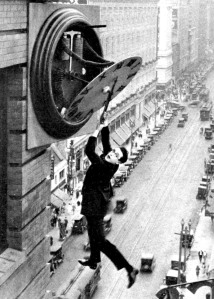 Sometimes we find ourselves in those situations where we can do no right, or at least that’s how it feels. I say the world is round, you say it’s flat. I agree that it’s flat, and suddenly it’s round.

The worst is when we try so hard to make another person happy, and they keep kicking us in the teeth. I guess sometimes they don’t know that’s what they’re doing. Maybe they just can’t handle a little kindness, or maybe they’re embarrassed or don’t know how to show gratitude.

Regardless, eventually all of that “this is the best you could find?” builds up into an overwhelming feeling of “I just can’t do anything right.”  Here are a half dozen songs about never getting it right and perpetual dissatisfaction:

“Couldn’t Get it Right,” Climax Blues Band. Nope,not a deep cut, but the youngsters may not have heard it. For a middle of the road band these guys could really funk it up.

“Unsatifsfied,” The Replacements. This song is a treasure and so is the album on which it appeared, Let it Be.

“Never Satisfied,” Living Colour. Stain marked the end of Living Colour’s first wave of success, but I really liked it. “Emptiness” alone makes that album worthy of a place in your stacks.

“I’m Unsatisfied,” The Godfathers. Hey, weren’t we just talking about these guys?

“I’m Not Satisfied,” Frank Zappa. Frank’s son, Dweezil, has the Zappa Plays Zappa show back on the road. This time they are playing the Roxy and Elsewhere album straight through. You don’t want to miss that.

“(I Can’t Get No) Satisfaction,” Otis Redding. You knew it had to be on here, and you knew it wasn’t going to be the Stones version. You probably thought I was going to go with Devo. Sigh. I guess you’re never satisfied.

What Sexy Sounds for Screw-Ups have I missed? I’m listening.