When You Lose Control and You Got No Soul 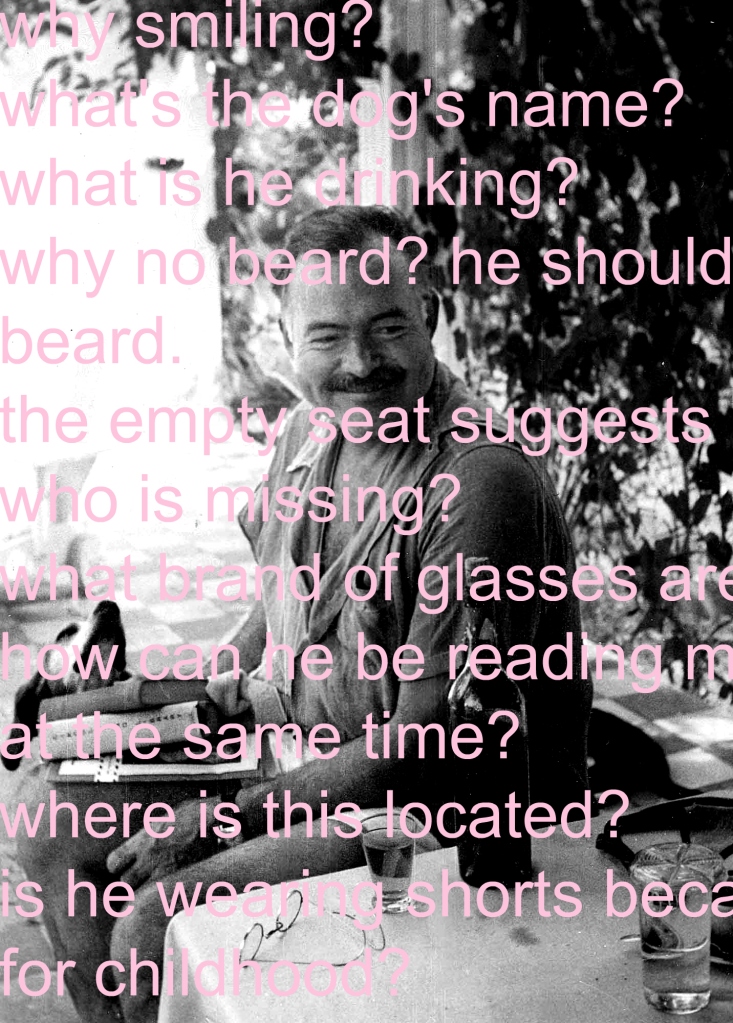 Let’s get this out of the way: I’m a hack. Nothing I scribble is so precious that it cannot benefit from good editing. In the recent Salinger documentary much is made of the great author’s perfectionism. He ended a friendship over a title change, for example. This is not me.

I assume that when I submit a piece for publication they’ll want some changes if they’re kind enough to accept the story. Maybe my butchery of proper syntax is too cute or unclear, or maybe “Olive Garden ass rapes Italian food” is a bit too strident for their magazine. I get that. The editor’s job is to put together a cohesive publication, and if I can tweak things to help with that then I should.

Putting together that unified magazine starts with selecting material. Editors trudge through the slush pile, those faceless, eager submissions, looking for work that fits their style, vision, theme, etc. This is why Men’s Health, The Economist, and Juggs are easy to distinguish from each other.

When I write fiction I shoot for sparse prose. I’m no friend to adjectives or adverbs. My goal with a story is to provide just enough, a pencil sketch rather than a hyperrealistic painting. I write this way because that’s what I enjoy reading. A story with just enough engages me because as the reader I get to complete the sketch.

Whether one considers my prose good depends partially on whether one wants to complete the sketch. Simple lines aren’t for everyone; in fact, many readers enjoy Baroque descriptions that run on for line after line, all the while congratulating themselves for their intricate beauty. If that’s your thing you know where to find it, but me? I’m a “Jesus wept” kind of guy.

Sparse or ornate, a finished story is a unified system, a machine. A story is like that Mousetrap board game you played as a kid: When it’s all put together the thing makes sense in its own context, impossible as that may be. Writers accomplish this not by addition so much as subtraction. The first draft inevitably is heavy on details because the author is meeting his or her characters for the first time, learning where they are and where they’re from. He or she is finding the story. The first draft is a fat, shapeless lump.

That’s when the fun begins. Hemingway suggested something along the lines that if the writer knows a fact there’s no sense putting it on the page, so all of those little details are the first to go. Characters that don’t reveal anything about the protagonist or drive the plot are banished. Settings are simplified and irrelevant dialogue is removed. The process is like chipping at marble, only writers have to start by creating their own blocks of stone.

We keep chipping away, refining, choosing words more carefully. Recently I wrote a scene set outside of a memorial service. In the rough draft one of the characters takes a drag off of his cigarette; in the final, he flicks his ashes. It’s a tiny change, but it reinforces the scene. Ashes to ashes, dust to dust. When it’s done a short story should be wound tightly, like a guitar string: Pluck it and it will make a sound.

Anyway, back to my bad thing: I recently received an email asking whether a short story I submitted was still available. “Sure,” I said. Can we include it in our next anthology? “Sure,” I said. Great. Our editor will be in touch with you soon to discuss your story. “Sure,” I said. “And what’s your address so that we can send you a token payment?” “Oh boy,” I said.

Weeks passed with no word, and then the next email arrived: Sorry so late getting back to you. Here are the editor’s notes, and by the way we’re trying to get this out tonight. This hit my responsibility button. I accepted a few shekels in exchange for the right to print my story, and now the publisher was fighting deadline. I couldn’t leave her hanging.

The first comment was a good one: My opening could use this and that to reinforce the ending. Done and done, but then they devolved into “I don’t want this kind of Mousetrap, I want the other kind of Mousetrap. My editor was no fan of sparse prose: Is this character black? Describe the sandwich. What does he see in the magazine? What does the father do for a living? What did the house used to look like? Where’s the mother?

What the editor saw as problems I saw as features: You, reader, get to imagine the sandwich however you want; you can ascribe whatever race you want to that character on page three. My job is to give you just enough. From there you make it your own.

I tweaked the opening a bit and sent back the draft. Within an hour I received another email. Did you read the notes? Maybe you forgot to turn on ‘track changes.’

“Yes,” I replied. “I read the notes and I made the structural changes. The other comments didn’t strike me as relevant. I can invent a job for the father, but it won’t have anything to do with the story. I can add a mother, too, but she won’t change things, and neither will a past description of the house. Also, notes X,Y, and Z are already addressed in the text.” I closed my laptop and went for a walk.

I was stuck between irritation and obligation. I wanted to retract my story, but I didn’t want to leave them hanging with a looming deadline. And inevitably what did it matter? They paid me a small gratuity and nobody was ever going to see the damned thing, anyway. Just give them what they want. And besides, maybe it was a mess of a story in the first place. Don’t be such a fucking prima donna. You’re a hack.

When I returned home I implemented every one of their changes, no matter how ridiculous I thought they were. It was like replacing the Mousetrap marble with a Hot Wheel and expecting the machine to still work. Unnecessary descriptions were jammed in. Readers would be stuck with a ham sandwich, a detail that would only matter if the character was a posturing vegetarian or Orthodox Jew and that somehow mattered to the story. The old simpleton on page three would be forever white because fuck you, racist assumption.

When I was done there was nothing left for the reader to do but ingest the words on the page. I sent it back, and they were happy.

But I was miserable. They sent me a link to review the final, and I replied “looks good” without bothering to look. The anthology went live, and I never even opened it. I didn’t promote it, either. I just want it to go away.

In retrospect, the right thing would’ve been to ask for my story back. “I’m sorry,” I should’ve said. “You mistook this story for a style that it isn’t.  I’m glad you asked the questions you did while reading. In my estimation that’s why we read. I’m sorry that you were expecting something else when you accepted this story.”

That’s not what I did, though. Instead I turned what I think was a pleasant enough homemade Italian dinner into a shitty Olive Garden entree. If by some bizarre coincidence you run across that story I’m sorry, and let me know if you’d like a copy of the original. It might not be any better but it’s mine, and I’ll dish it up proudly. Just don’t ask me for endless breadsticks.