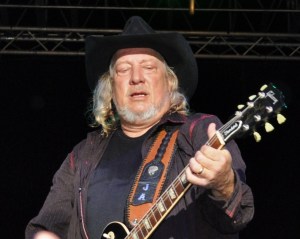 Have you ever heard a song you haven’t heard before and said, “Hey! That’s so & so.” Some singers just have a certain voice that sounds like nobody else. Sinatra, Elvis, Dylan, Willie. There are more, of course, but for me these are probably the singers with the most recognizable voices. Completing my top five is John Anderson.

Yes, John Anderson. Not a fan? He’s that guy who sings “Swingin”. Whether you’re a country music fan or not, you’ve probably heard of it. A Florida native, Anderson played in a rock band until about age 15. But after he heard George Jones and Merle Haggard he moved to Nashville. There he played clubs at night and took odd jobs during the day, one being a roofer at the Grand Ole Opry. In 1977 he landed a contract with Warner Brothers and his slow but steady following began. Already having several top ten singles on the U.S. country charts, it was “Swingin” that put him over the top in 1983.

I recently saw Anderson on his current tour celebrating the 30th anniversary of “Swingin”. Got to meet him too. Very nice guy. And the voice and his band are as strong as ever. If “Swingin” is the only song of his you’ve ever heard, and you like real country music with a good dose of twang, you owe it to yourself to at least grab up a few of his greatest hits compilations. “Swingin” is most definitely only the tip of the iceberg.