From the Stacks: Ian Hunter – Short Back n’ Sides 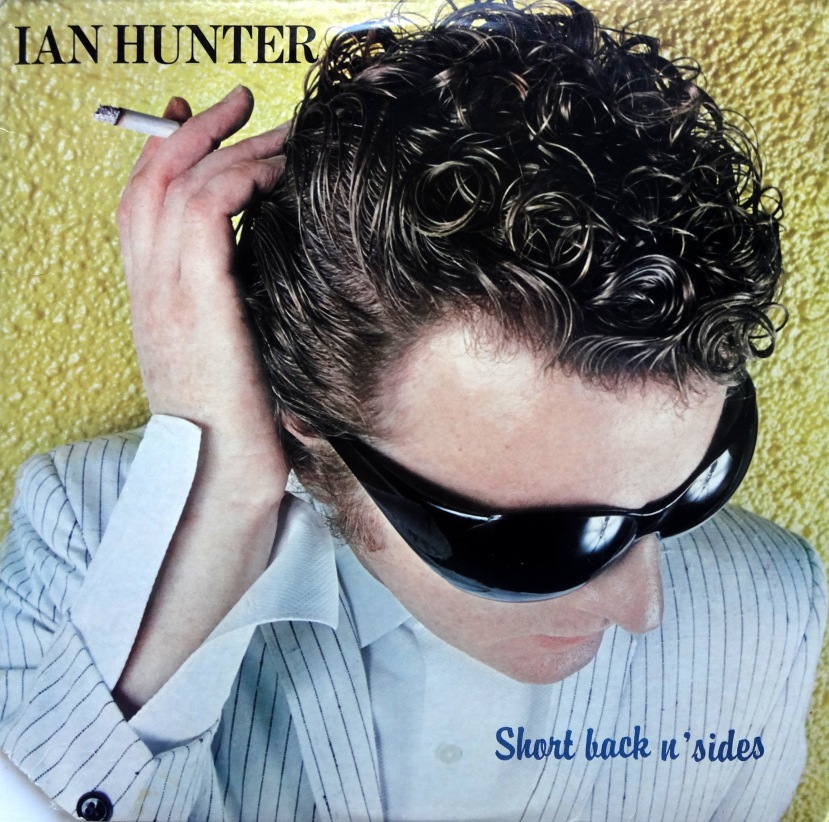 Down in the city just Hoople and me. That’s from Queen’s “Now I’m Here,” and it was my introduction to Mott The Hoople. That’s all they were to me as an elementary schooler, an obscure reference in a Queen song — and then I heard the glorious “All the Young Dudes.”

From that point I was a lifetime fan, not just of Mott but of their lead singer Ian Hunter. He left the band at the end of ’74 and kicked off a solo career that’s still going. Along the way he’s collaborated with Bowie guitarist Mick Ronson, written and recorded “Once Bitten Twice Shy,” which Great White later turned into a huge hit, and introduced “Cleveland Rocks” into the musical lexicon.

Hunter has released 21 solo albums, but my two favorites are Short Back n’ Sides and its follow-up, 1983’s All of the Good Ones Are Taken. These aren’t necessarily the canonical records in the Ian Hunter discography, but the power of nostalgia is strong.

Short Back n’ Sides is something of an all star album, featuring both Mick Jones and Topper Headon from The Clash (Jones also co-produced with Mick Ronson) and appearances from the great Todd Rundgren and Meatloaf foil Ellen Foley.

This one shows up all the time for a couple of bucks. If you’re in it just for the music look for the CD reissue with bonus disc. Happy hunting.