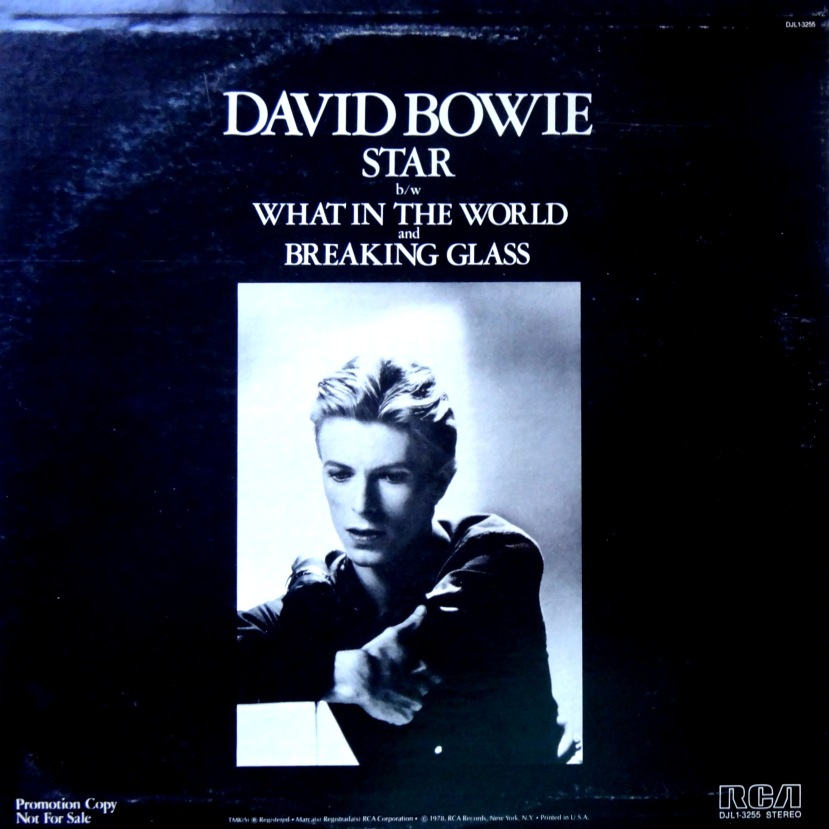 Bowie was both busy and not so busy in 1978. In terms of new material it was a dry year separating Heroes (1977) and Lodger (1979), two of the three brilliant Berlin albums. On the other hand, in 1978 he released Stage, a successful attempt to give the fans a better live album than 1974’s David Live!

He also released one of the two oddballs in the Bowie discography: David Bowie Narrates Prokofiev’s Peter and the Wolf (The other: David Bowie in Bertolt Brecht’s Baal). So what’s my point here?

My point is that this is a really weird promo. Normally a promo-only release references back to the album that the cuts came from: “From the upcoming album Stage” or something like that. Not in this case. 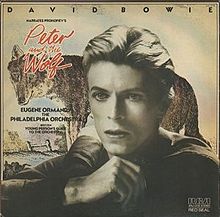 And the cover photo is from the same session as  the previously mentioned Peter and the Wolf album. Of course, it’s also the same session as the ChangesOneBowie sleeve from a couple of years earlier, so maybe that means nothing more than RCA always got their money out of a photo shoot.

And why white vinyl? From a collector’s point of view, colored vinyl is always cool, but what was the gimmick here? I don’t know.

I’ve read one suggestion that this promo was part of a marketing campaign that was canceled. That seems like a reasonable possibility. Another possibility is that it was RCA’s attempt to keep Bowie in the minds of radio programmers and record retailers until the next studio album was ready.

I really can’t say for certain, but I know that it’s one of my favorite additions to my stacks. Expect to pay 25-50 dollars, though I’ve seen them go for much more and much less. Happy hunting.