From the Stacks: Whirlwind – Blowing Up A Storm 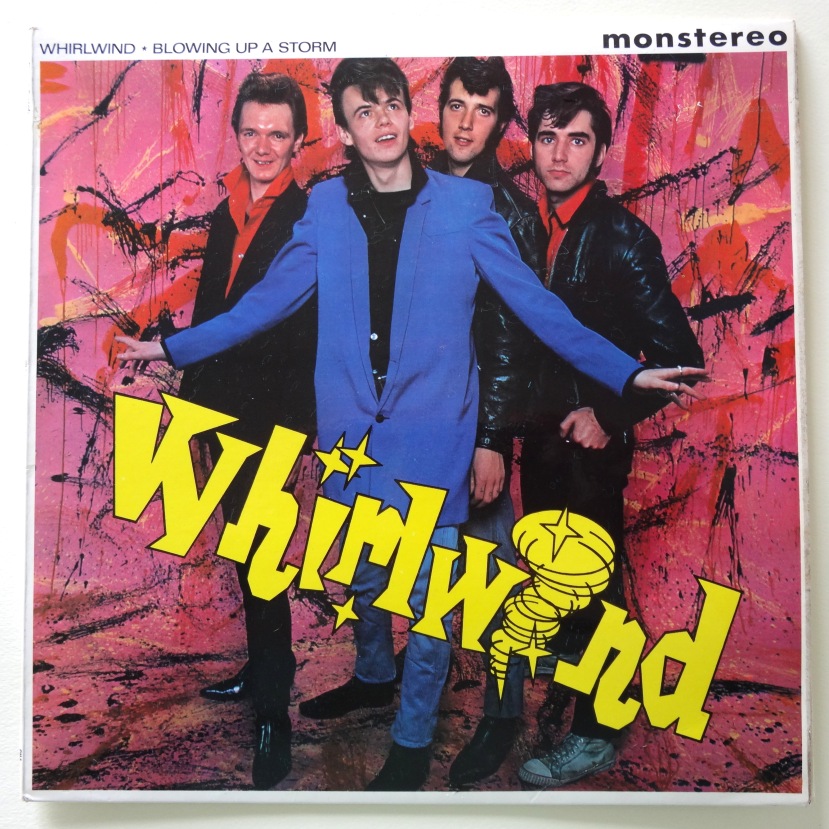 You are looking at one of the first rockabilly bands in the UK. During that breakneck 1976-77 era when the Brits were transforming the global musical landscape via the punk explosion, Whirlwind was kicking it back to its raunchy roots.

Blowing Up A Storm was their debut record, released in 1977. From there the story reads like a punk rock Forrest Gump: The band opened for Link Wray, Elvis Costello, Ian Dury and The Blockheads, Blondie, and The Clash. Come on!

And it’s no wonder. These boys laid down some solid rockabilly:

Their story has more twists and turns than a sock hop. You can read it all here, but suffice to say that a Whirlwind lineup is still out there getting it done.

Want a copy of Blowing Up A Storm? Expect to pay around 25 bucks for an original vinyl copy, but if all you want are those sweet rockabilly sounds you can pick them up on CD for less on the band’s website. Happy hunting. 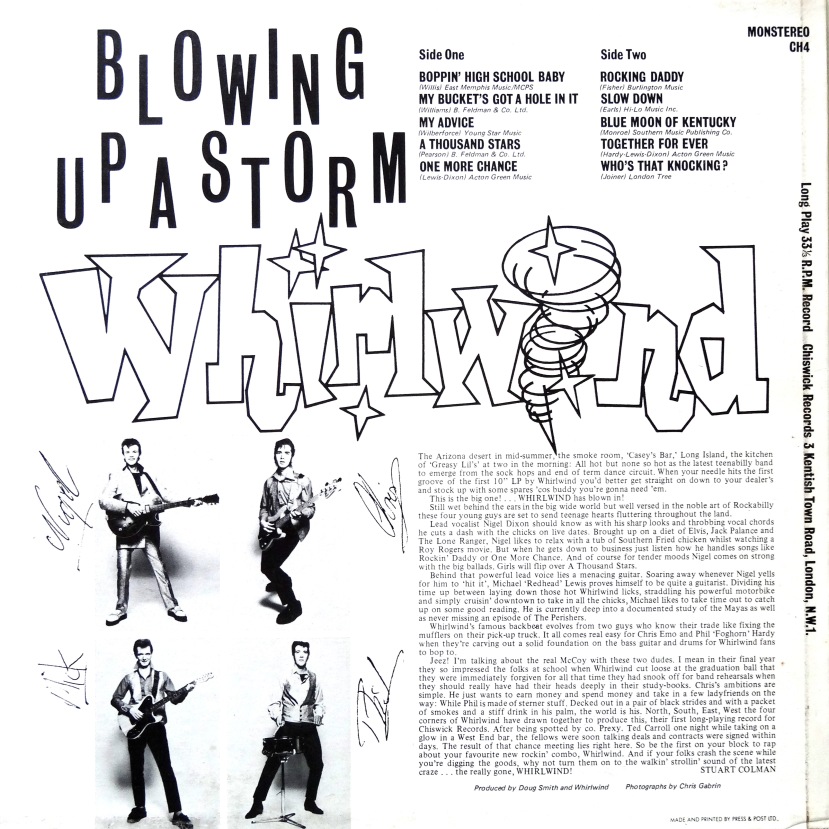