From the Stacks: Gong – Gazeuse!

Cool album cover, huh? There’s a gnarly story behind this one, so get comfortable.

Gong was a trippy, spacey, prog rock band formed in 1967 by former Soft Machine member Daevid Allen. They were one of those revolving door bands that changed lineups every time the milk spoiled, and as as a result some really great musicians did tours of duty as Gongoloids. King Crimson’s Bill Bruford had a run, for example.

In 1973 percussionist PIerre Moerlen joined the lineup while pulling double duty for Virgin label mate Mike Oldfield for Tubular Bells. At some point Moerlen left the band, but in ’75 he was back and sharing leadership. After a run of eight albums none of the original members remained, and shortly after rejoining the band was completely Moerlen’s.

Out went the prog rock and in came the jazz fusion. Moerlen brought guitar genius Allan Holdsworth on board, and a whole new Gong was born.

The band was now known as Pierre Moerlen’s Gong and Gazeuse! was retitled Expresso in America. Why? To make things as confusing as possible, I guess. 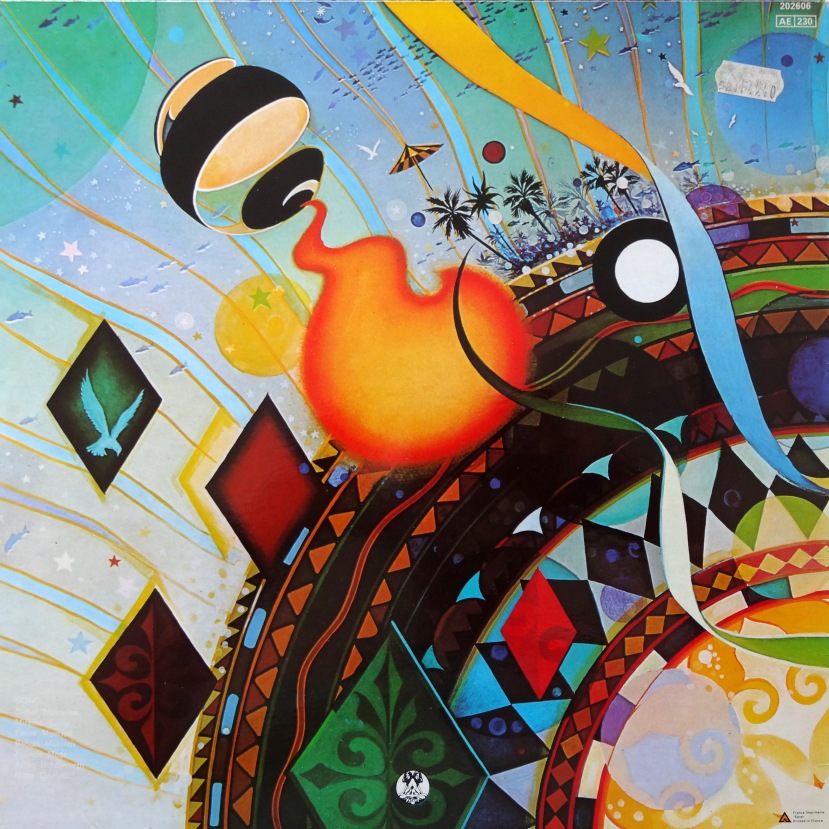