From the Stacks: The Best of the Goon Shows No 2

Oh, the comedy record. I loved them when I was a kid: Steve Martin, Richard Pryor and Monty Python in particular. That was my generation of comedy, but those guys had their favorites, too, and in the case of Monty Python and many other British comedians, it all begins with The Goon Show.

The Goon Show aired on BBC radio throughout the 1950s, launching the careers of its three stars: Peter Sellers, Harry Secombe, and Spike Milligan. Of the three only Sellers gained international fame, but Secombe and Milligan are national treasures in their native UK; in fact, all three were recognized as Commanders or Knight Commanders of the British Empire.

A copy of this one will set you back 10-20 bucks, but wouldn’t it look great in your stacks? Happy hunting. 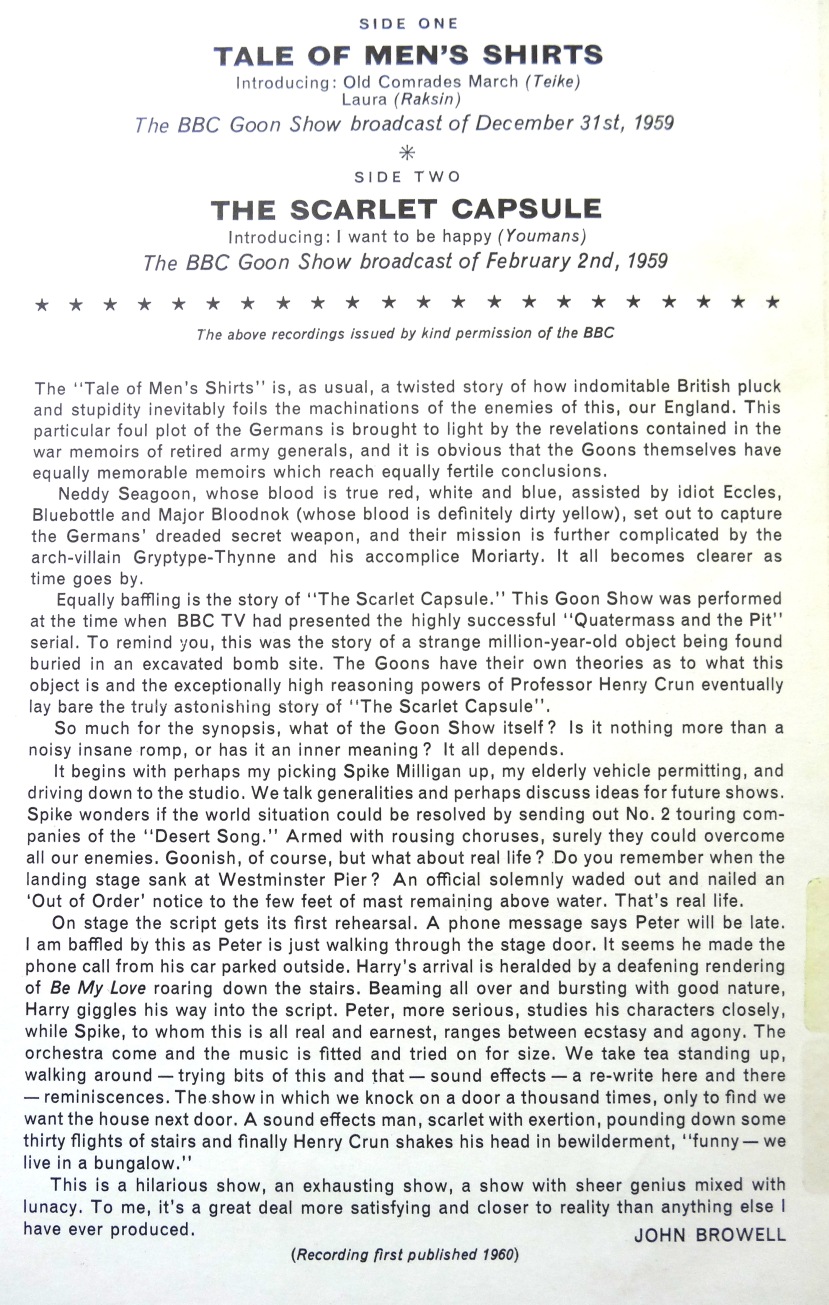