From The Stacks: The Kinks-Arthur (Press Kit) 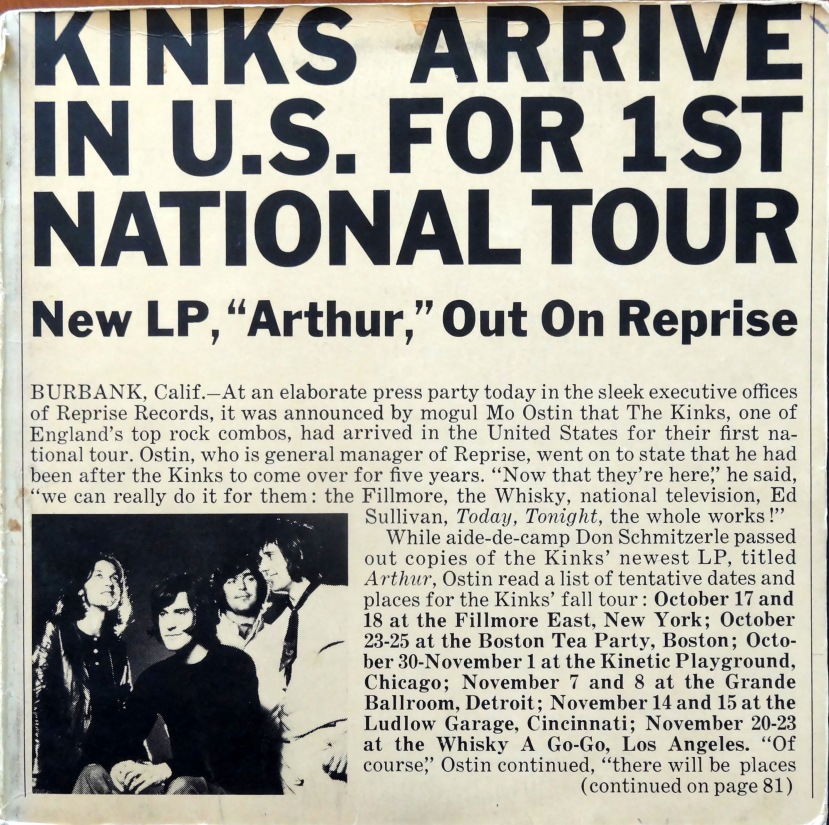 This might not be the coolest thing in my stacks, but if it isn’t it’s damn close.

By 1969 The Davies brothers’ British Invasion band wasn’t doing very well commercially—certainly not as well as The Beatles, The Rolling Stones, or The Who—but artistically? That’s another story. They were coming off of The Kinks Are the Village Green Preservation Society, which is now considered both a classic and a high point in their catalog, but sales were atrocious. So what did Ray Davies do to right the ship? He wrote a concept album about a carpet installer, of course. Kids love carpet installers.

And the move worked, kind of. Single “Victoria” charted, though it didn’t make the top 40. It’s a tasty cut, sort of a “Kinks Meet Canned Heat” joint:

From a sales point of view, Arthur (Or the Decline and Fall of the British Empire) teed up 1970’s Kinks comeback, still spelled L-O-L-A Lola. Creatively, Arthur remains one of my favorite Kinks albums, which is saying something: I really enjoy my Kinks records.

What’s special about this particular edition, though, is that it’s the promo to end all promos. Press kits today are often referred to as “EPKs,” or electronic press kits. They usually include some text, a few photos, maybe a video, and a link to downloads. Back in 1969 the press received similar packages, but Sweet Lennon’s Spectacles were they cooler. The press kit for Arthur includes all sorts of goodies—all photographed below—along with a white label promo. The album itself is no different than the commercial release but that white label makes this edition rarer, and music geeks love rare.

So what’s this one worth? First you have to find one, but let’s say that you do and that it’s complete and the album is in great condition. Expect to pay anywhere between 100 and 200 dollars. Happy hunting. 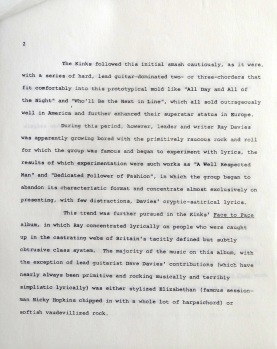 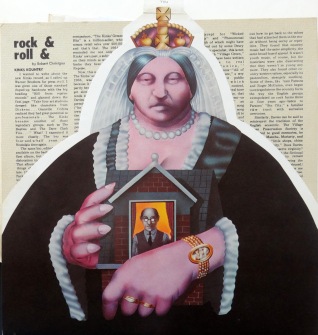 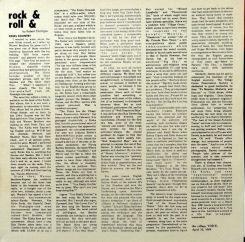 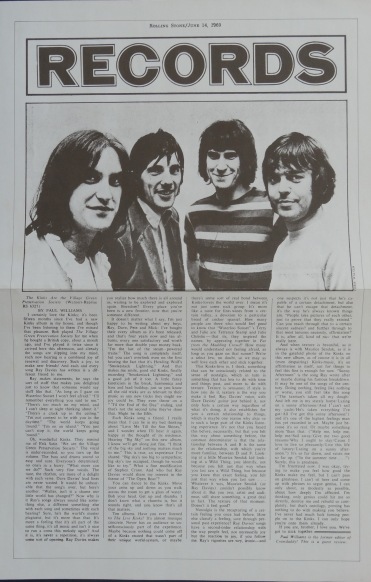 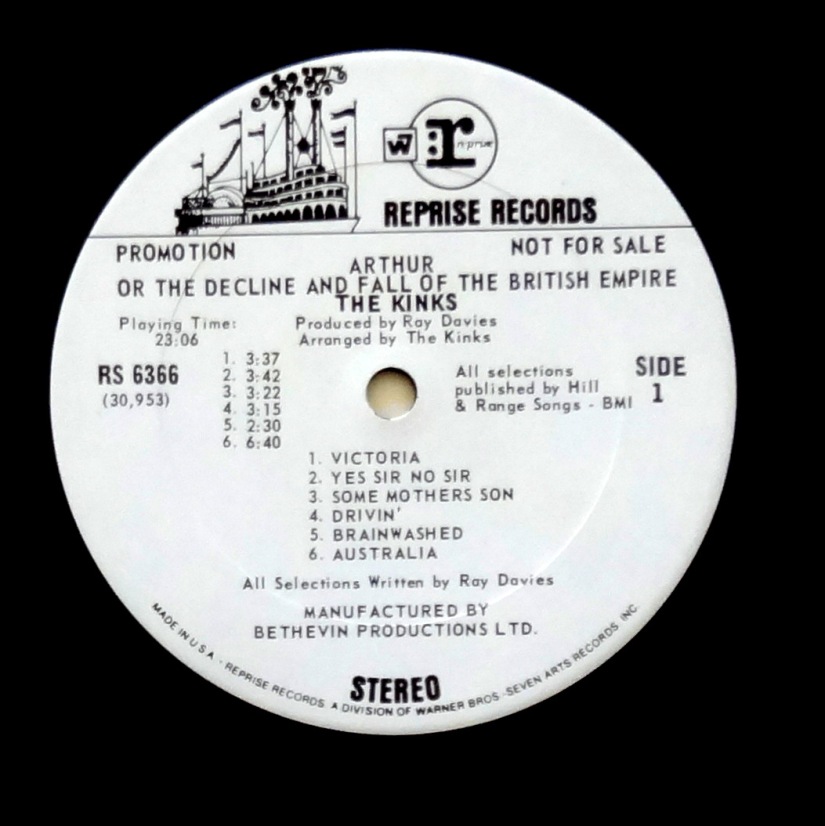 Tagged as: Dave Davies, Ray Davies, Rolling Stones, The Beatles, The Kinks, The Who