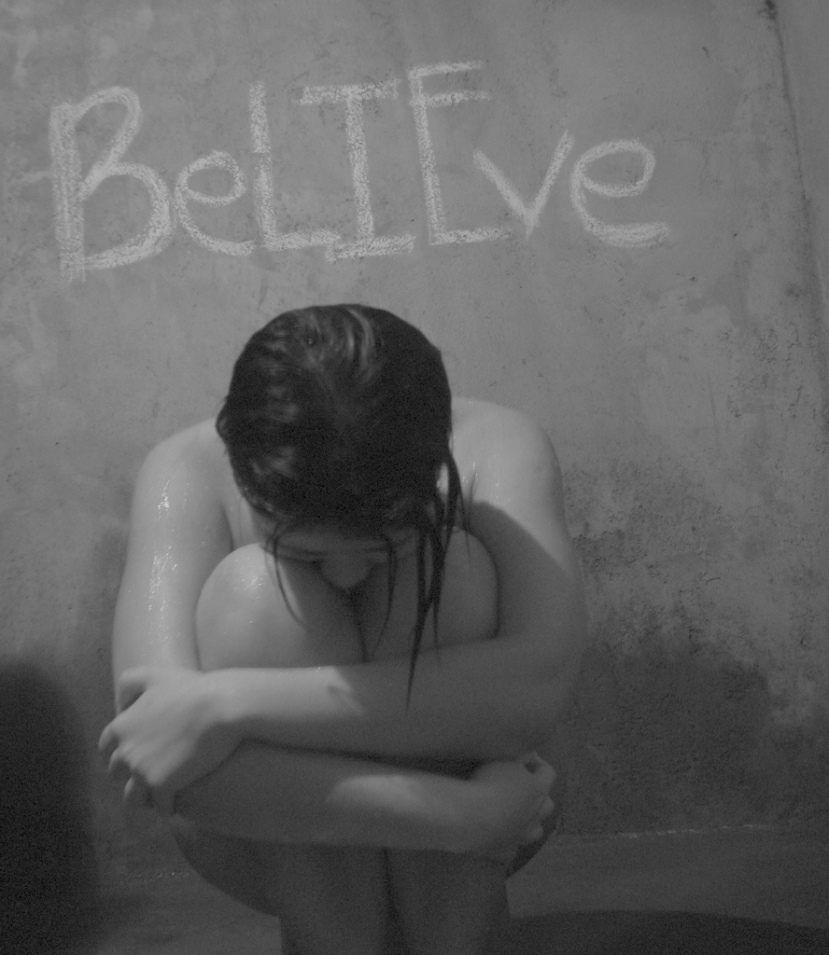 The graphic design firm where Michael worked was located on downtown Los Angeles’s Traction Avenue. I’d never ventured downtown, much less on a Friday night. On the way I passed the Atomic Cafe and Al’s Bar, two famous hangouts from the original L.A. punk scene. I passed the Museum of Neon Art, too.

Traction Avenue was quiet but for a single parked car. A guy sporting a mullet and a bola tie leaned against it, talking to a large bearded man with a rat tail and pajama pants. I backed my motorcycle against the curb and shut it down. “Hey, do you know where Sniper Design is?” I asked.

“Who are you?” Rat Tail asked.

I checked my watch. Mickey showed that I was right on time. “I was told 8:00,” I said. Mullet snickered.

“Who invited you, and who are you?” Rat Tail  asked.

“I work at Music Plus in Hollywood.”

“Oh, you’re in the music business, James? Have I got a job for you,” Robert said.

“Unload those boxes of records from Marty’s trunk.”

I smiled and said, “Sure,” and then I updated my shit list. It now read:

After I helped Marty The Mulleted DJ unload his vinyl and his gear, I walked around Robert’s loft a bit. It was my dream apartment: several thousand square feet of open space with high transom windows, wide plank floors, and brick walls. The back third was partitioned into Robert’s bedroom and the Sniper Design office; the front was kind of a communal gathering area.  “I was going to paint Elvis on the floor over there for the party, but I ran out of time,” Robert said. He coiled his rat tail around his finger while he spoke.

“That would’ve been cool,” I said.

“Yeah. James, I’m going to the back to get ready. People should start showing up in a half hour or so.”

“Okay.” Mickey waved 8:30 from his perch on my wrist. I sat alone in Robert’s loft for the next 30 minutes.

“Did Frank show up?”

“Miller. He lives across the street. Maybe he’s out of town. What about Doug?” I shrugged my shoulders. “Lives next door. Come on, I’ll introduce you.” We walked next door and knocked. Doug let us in and we talked about nothing. His loft looked similar to Robert’s, but it was packed with clutter.

“Hey, Doug, what’s all that stuff in the back of your space?” I asked.

“Oh, I just live in the front. I rent the back to New Line. Those are props from Nightmare On Elm Street.”

We walked back over to Robert’s loft. The party was picking up momentum. Michael walked me back to the office area. Rows of albums weighed down steel shelves. Robert owned lots of great bootlegs, mostly on the Trademark of Quality label. He had a copy of Pete Townshend’s legendary Happy Birthday, some great Zeppelin and Stones shows, and, “Whoa.”

“What did you find?” Michael asked.

“A clear vinyl copy of Tangerine Dream’s Force Majeure. I love this album.”

“I can’t steal his records.”

“Fuck him. That’s a fraction of what he owes me.”

A VP from Rhino Records showed up. Michael introduced him to Robert, who rocked back and forth and twisted his rat tail around his finger while the three discussed making a television commercial for some ’50s compilation record. When they were through, Sniper Design had a gig and Michael was the producer. “Want a job, amigo?” he asked.

“We’ll find something. How does assistant director sound?”

Jody was lucking into opportunities, too. She took an office job at a talent agency on Sunset Boulevard. They represented a couple of the actors on a hit sitcom set in a high school, so the agency received lots of scripts that were perfect for her age and look. None had turned into jobs yet, but she was one step closer. Her social life was picking up, too. She was going to parties with Regina, meeting all sorts of people from Axl Rose to Tony Curtis. Regina had lots of industry friends, most of them older actors.

Jody made friends with a guy named Biker Danny who hung out on Hollywood Boulevard. He was a weathered but stout fifty with arms as big around as my thighs and a salt and pepper ponytail that almost reached his belt. Biker Danny sat all day in the Hollywood sun on his beat to shit Harley, waiting to give his female friends rides to wherever.

All manner of older men wanted to be Jody’s friend. One afternoon while walking home from work, a gold Rolls-Royce convertible stopped next to her. “Hi, I’m Gene,” the driver said. “Need a ride?” If she didn’t hate KISS before, she did after that. It wasn’t just her, though. Hollywood was filled with aging vampires trying to suck a little youth. A famous old fifties crooner tried to hustle me at a gas station, for example. I was torn between telling my mother that I met one of her favorites and breaking her heart with the rest of the story.

Not everyone was old, though. Jody met a fashion photographer who offered to shoot her for free in exchange for some prints. She came home with a bunch of beautiful black and white photos of her nude, holding a handful of dead fish like a wilted bouquet. That was pretty cool.

Anyway, between day jobs, nights with the Music Plus crew at Bob’s Frolic Room, and networking, we were seeing each other less and less. One of us getting back to the Su Casa Apartments at three in the morning was commonplace, but early one morning when the intercom woke me up but no one answered I panicked. I ran to the lobby and jerked open the door. Jody lay balled up on the front stoop. I carried her to the apartment. She shivered, but she couldn’t answer me. After a few hours she progressed to moaning. By midday we were talking about food poisoning courtesy of bad sushi.

By evening the story was that Jody went to a party with Regina, which just happened to be at the fashion photographer’s house. Drinks were served, she felt strange, and then she called Biker Danny to pick her up.

“I’m going to kill that motherfucking photographer,” I said.

“Oh, stop. Nothing happened. Besides, Danny took care of it.”

Not long after that, I had a day off and a couple of bucks to spare, so I walked up to Hollywood Boulevard. I walked around and looked at the street kids, sneered at the Scientologists, and shot Biker Danny a “what’s up” head nod. The Chinese Theater’s broken down cousin, The Egyptian, showed dollar movies in a run down, wood-paneled mini-theater around back. I ducked in and watched a scratched and spliced print of The Accused, and then I walked home.

Jody was waiting for me in the living room. “Hey, baby. What are you doing home from work so early?” I said.

“I walked up to Hollywood Boulevard.”

“What were you doing there?”

My mouth dried out and my heart beat accelerated; nausea, fear, shame. I felt like I was eight years old and my mother caught me stuffing wet sheets under my bed, only this time I didn’t know why I was bad. “I just hung out,” I said.

“You just hung out?”

She lunged toward me, eyes fierce, body tensed. “You are a liar. You’re a fucking liar. Fuck you. Fuck you ’til you bleed,” she screamed. “You went to the movies.”

“I know everything.  I see everything. I am everywhere, all the time. Don’t you ever lie to me.”

That night Jody wrapped herself around me as we laid on our thin foam mattress. “Do you love me?” she asked.

“You’re everything,” I said.

She lay still and quiet. “I miss home,” she said.

“Do you really love me?”

“I do. I love you, Jody.” I wrapped my hand around the back of her neck and pulled her face toward mine.

“No, I don’t want to do that,” she said, and she rolled over and pulled the sheet around her shoulders. I listened to the neighbor’s television through the thin wall until I finally fell asleep.