Throw Beck Thursday: Are You The New Serial Killer Target? 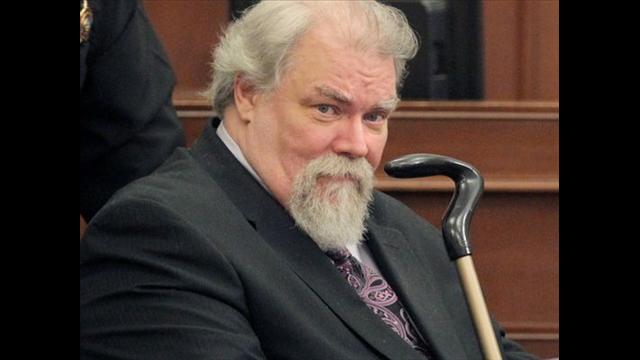 And even if so, does it actually matter? Thinking about risk and death. 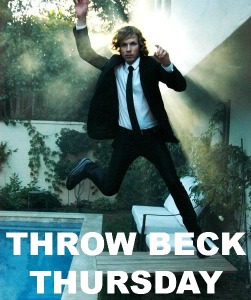 The September 2013 issue of The Atlantic features an outstanding piece by Hanna Rosin about a Craigslist killer who lured his victims to rural Ohio with the promise of free rent and the “job of a lifetime.” Rosin asserts that the murderer, Richard Beasley, meticulously crafted the ad to lure middle-aged, unemployed, unattached white men looking for ways to bring a little meaning to their lives:

Wanted: Caretaker For Farm. Simply watch over a 688 acre patch of hilly farmland and feed a few cows, you get 300 a week and a nice 2 bedroom trailer, someone older and single preferred but will consider all, relocation a must, you must have a clean record and be trustworthy….

To broadly paraphrase (really broadly), the gist is that the killer assumed that the Great Recession rendered white working-class men as disposable as other popular spree killer targets: prostitutes, immigrants, the homeless. No job, not much in the way of stuff, no family – who’s going to miss the deadbeats, right? Rosin’s piece takes an unexpected sociological turn that is well worth your time, and you can read the whole thing here: http://www.theatlantic.com/magazine/archive/2013/09/advertisement-for-murder/309435/

I reacted as expected: Oh my God, I’m a middle-aged white guy! That could’ve been me! What if I find myself out of work and desperate? Damn you, Great Recession! And of course it could be me. We’re all vulnerable to one hustle or another, be it a phishing email or a padded bra that adds two cup sizes. We see what we want to see, and that’s what Richard Beasley was counting on.

It’s also what The Atlantic and the news networks and the radio loudmouths count on[1]. If we’ve learned one thing during this Millennium it is this: fear sells. When it comes to selling news, wars, guns, reforms, childproofing, pharmaceuticals – pretty much anything — fear is the ultimate hustle.

That’s more ground than I’m able to cover in a short essay, so let’s limit this conversation to a single question: Should you immediately log off of Craigslist before the “New Craigslist Killers” get you? For those four unfortunate souls the answer was a resounding “yes,” but what about the rest of us? What we really need to know in order to assess what we should be most afraid of is this: What is most likely to kill me?

Fortunately, that information is quite easy to find. The Centers for Disease Control publish the data toward the end of each year for the previous year, so currently we have 2011 readily available online.[2] During that year 2.5 million Americans died, which is a fraction of the number of people who watched Rebecca Black’s “Friday” on Youtube that year and subsequently prayed for death. Here are some of the common causes of death in 2011:

I can’t stress this enough: 16,000 homicides is 16,000 too many, but in terms of stories whipping us into a fearful frenzy the reality is that lard and cigarettes killing us is a coin toss, a bad flu or pneumonia is going to bite us 5% of the time, and we have just a little over a ½ of one percent chance of being murdered in this country. We’re twice as likely to intentionally kill ourselves as be killed, and on the unintentional front the statistics demonstrate we should be as terrified by those “stay thirsty, my friends” commercials as we are by the myriad true crime stories we see every day.

The impact of our focus on fear struck me on the same train ride in which I read Rosin’s article about the Craigslist killers. I overheard a middle-aged Australian telling his seatmate that he never wanted to visit the United States because he was sure he’d be shot. “You people are so violent,” he told his neighbor, and I don’t think my handy CDC data would have convinced him otherwise.

I guess what I’m saying is simply this: Read wisely, watch wisely, listen wisely. Yes, there are bad guys in this world, but we are overwhelmingly good – 99.4% good based solely on murder rate. Stories like Hanna Rosin’s about Richard Beasley are the exceptions to normal human behavior, which is what makes them interesting. It’s a survival mechanism: Our animal instincts kick in when something is out of place. But unlike other animals we have the ability to reason, and if you offered me 99.4% odds on any other deal I’d take it in a heartbeat. You would, too.

So pity the victims and hate the crimes when you’re told about the latest threat to your well-being, but let go of the fear and paranoia. You’re safe. Just put down the bacon and the cigarette and you’ll be fine.

[1] I do, too. That’s why I suckered you in with a sensational title.