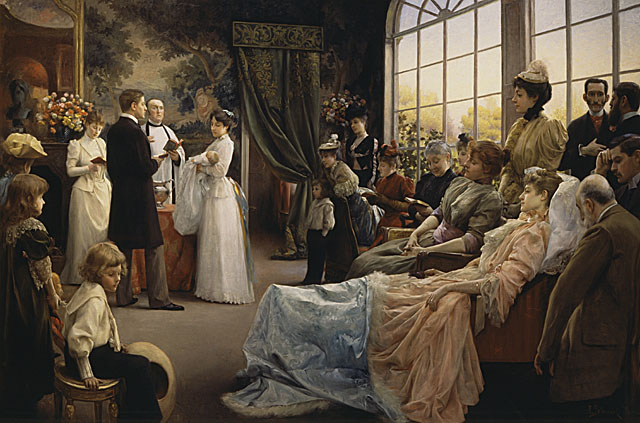 Theresa and I immediately became work buddies. We’d stock the cassette wall together or straighten the video shelves, and time melted away like clocks in a Dali painting. I pissed away the work day behaving like a cartoon character and Theresa laughed. It was a perfect friendship.

She was so California: laid back, easy going, confident, not easily impressed. Paul Reubens came into the store, not impressed. Thomas Dolby visited: not impressed. Nicolas Cage: unimpressed.

But I was, especially by Nic Cage. Since Valley Girl, Nicolas Cage was my celebrity lookalike: “You know who you look like? That Valley Girl dude.” I heard that question so often that eventually I developed a sort of career pride by proxy. But beyond the celebrity doppelganger-ness of it all, what was so fascinating about Cage’s early characters was that I could almost see the back stories. In another actor’s hands, Racing With the Moon’s Nicky may have been no more than a boisterous jerk, but Nic managed to interject some unspoken pain into the character. Smokey in Rumble Fish, Birdy’s Al, the great one-armed Ronny Cammereri in Moonstruck: All had something going on beneath the surface if one looked past the story on the screen.

Even Nicky’s much-maligned, goofy-toothed performance in Peggy Sue Go Married had more going on than met the eye, but early Cage’s masterpiece was H.I. McDunnough, Raising Arizona’s somewhat reformed convenience store robber. In the midst of the primary-hued cartoon madness of the Coen Brother’s funniest movie, Nic managed to ground his Wile E. Coyote with some kind of unspoken back story. The guy obviously worked hard on creating a foundation for his characters.

All of those wonderful performances, but even during his late-80s creative peak, Nic was taking it on the chin from the haters. On the day he walked into Music Plus in his purple velvet sport coat he didn’t look too happy.

“Can I help you find anything?” I asked.

“Hey, I really like what you tried to do in Peggy Sue.”

“Yeah? You’re the only one,” he said, and he stared into the distance and walked away.

I ran over to Theresa. “Did you see that? Nicolas Cage!”

“What time do you work tomorrow?” I asked.

“Probably just hang at home. What about you?”

This was my first visit to the LA County Museum of Art; in fact, it was my first visit to any art museum of note. The only known painting I’d ever seen in person was an Andrew Wyeth, and here I stood in front of Warhol Brillo boxes, Hockney swimming pools, and Pollock splatters. The LACMA housed Dalis, Picassos, Rodins, and Remingtons; Riveras, Riverses, and Lichtensteins. To hell with SCAD: Each painting held secrets if I just looked past the surface. I’d finish art school by myself, decoding their mysteries alone—just a sketchbook, a room filled with masterworks, and me.

I sat on the bench facing Julius Stewart’s The Baptism, an enormous painting of an ill woman attending a child’s baptism. Or was she ill? Perhaps she was just the mother, enjoying a Victorian recovery from her recent labor. Whatever the story was, it was dense. Stewart was a master realist, the canvas packed with drapery and portraiture.

I took off my glasses. With the details blurred I could block out the big shapes without my monkey mind obsessing over details. A line emerged like a footpath through a dense forest, leading me around the canvas and out. Painting was a magic trick: Busy the viewer with a story but hide the real work, the unsettling diagonals; the repeating shapes and colors, the carefully laid path across the crowded canvas.

Foundational work, underpinnings: The carefully constructed armature upon which stability depended. Life and art, Nic Cage movies and masterpieces. There wasn’t any difference.

I spent and hour or so reading Stewart’s painting, and then I went outside to find a pay phone.

“Hey, what are you doing?” Theresa said.

“What are you doing?” I asked.

“Yeah. I’ll probably just hang out here until three or so.”

“Okay. See you at work tomorrow,” she said.

I hung up and walked over to the La Brea Tar Pits: prehistoric Los Angeles near the corner of Wilshire and Fairfax, the great city’s foundation. From the observation deck I watched the black muck bubble and ooze, the fiberglass mastodons indifferent to their fates. Inside the museum I walked past the bones of thousands of clueless animals once trapped in the sticky mess. Dire wolves stared at me from empty sockets. I watched the clock melt until 3, and then I went home to Jody.