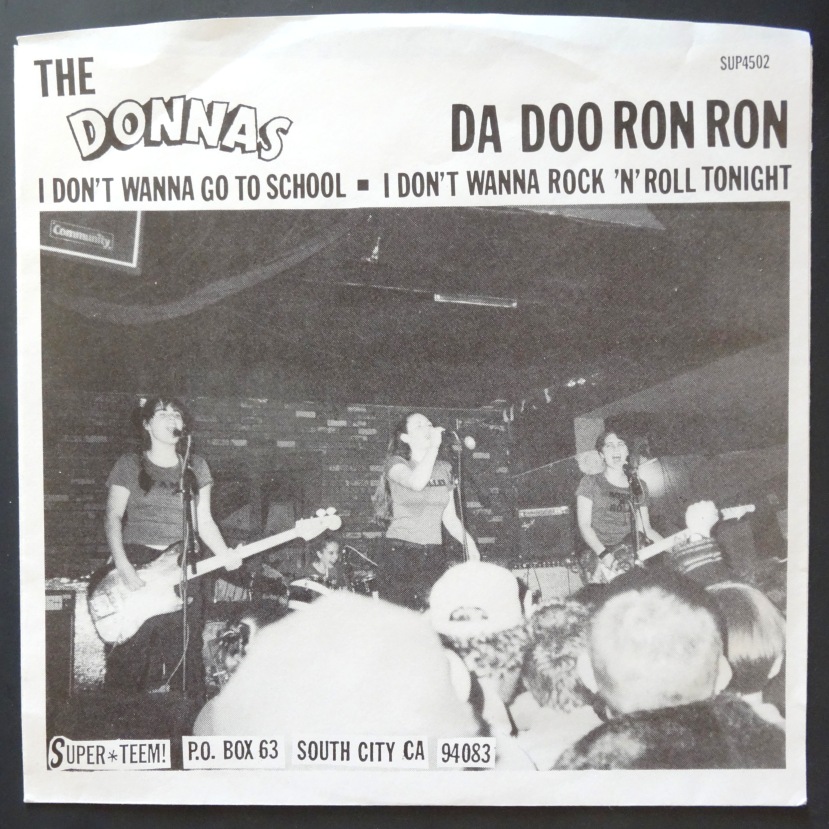 Now this is cool. If all you get out of listening to The Donnas’ cover of “Da Doo Ron Ron” is an “oh, now I see how the Ramones connect to the ’60s” vibe, then good enough. Check it out:

So that’s awesome, but what’s really cool here is that we’re looking at The Donnas’ third ever single, and on red vinyl no less. If I’m not mistaken, it’s only the second record Super*Teem released, too, so double awesome points.

Of course The Donnas didn’t stay indie. Eventually they were picked up by Atlantic, and for a short while they were everywhere. They covered a KISS song on the Detroit Rock City soundtrack, for example, and achieved video game immortality in Guitar Hero:

There are few things cooler to a record geek (or at least me) than some little oddity on a strange label from before a band hit the big time. This one is readily available online for about 40 bucks if you want it, but wouldn’t it be cool to find this in the bins at your local record store? I did. Happy hunting.

Tagged as: KISS, The Donnas, The Ramones