The Two Rules of Writing for Online Publications 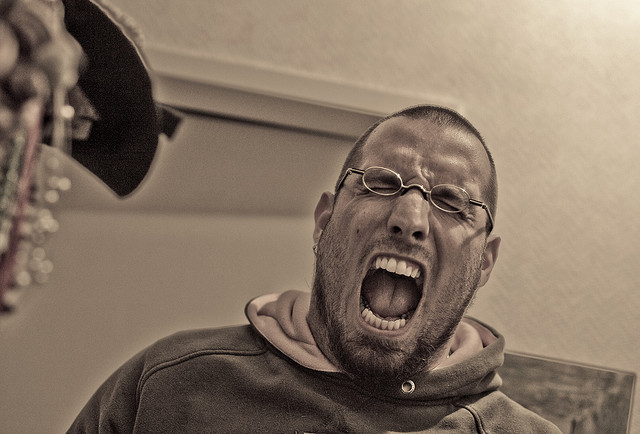 You like to write. Perhaps you keep a journal where you write your thoughts down, take a stab at a poem now and then, or even tinker with a short story or a novel.  When you’re done you stick the finished product in a drawer, or if you’re feeling really brave you show a friend.

Those first few times feel like such a gamble, even with the closest of friends. Writing (good writing, at least) requires a lot of vulnerability, a lot of honesty. Sharing those pages with a buddy feels a bit like the “naked in class” dream, but you get through it because friends are supportive. They tell you what you hope to hear. They support you.

Maybe that’s where you are right now in your writing career. You’ve passed some pages around among your peers, and they liked them. Your confidence is climbing. Maybe now you’ve realized that the intergooglewebtubes is a ravenous beast, always hungry for content, and you’re just the person to provide it.

You’re right. I don’t know if there’s ever been a better time in human history for the average Joe to take a crack at writing. No matter what your interest, there’s a website interested in your article. You can be a sports writer, a music writer, a pundit, a poet, a beggar man, or thief. Whatever you want to write about you can, and you can find an online outlet for your work.

Here’s the caveat about online publishing: You will no longer be among friends. The intergooglewebtubes brings out the worst in some people. We all know the term “troll,” but as an online writer you’ll experience things you never expected. You’ll put hours into research only to be called an idiot. You’ll painstakingly proofread only to have Mr. Helper slam you for an errant comma splice. You’ll be called names that you didn’t even realize existed because you prefer Hunts to Heinz. For whatever reason a keyboard and a comments section bring out the worst in some people.

Intellectually you’ll know it has nothing to do with you, but it will hurt nonetheless and you will wonder why you ever left the comfort of your supportive circle of friends and invited such vitriolic hatred. You will question whether you are really a writer. I can’t answer that one for you. Maybe you really are just a hobbyist who is better off sticking your unread pages in a desk drawer. That’s okay, it really is.

But if you really want to build a writing career in the 21st century you will have to publish online, and if you post online you will attract some very rude people. I can’t explain why a small percentage of the population will choose to come after you with verbal guns-a-blazing but they will, and it won’t change the fact that you’re a writer. Just keep doing the work. Keep writing and submitting, and once they’re published never forget the two rules of writing for an online audience:

Write them, place them, and then move on. It’s the only way to maintain your sanity in the Land of the Trolls.