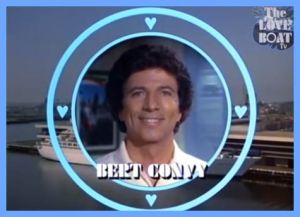 Special guest stars make everything better, right? It’s why I always invite Bill Bixby to my holiday dinners. Don’t give me that “I’m dead” crap, Bill, it never stops my uncle Steve from showing up.

Guest spots are a longstanding tradition in music, probably because it’s such a collaborative art. Jimi was known for sitting in whenever and wherever he could, for example.

But just because it happens doesn’t always mean it’s successful. Here are some special guest stars from my personal stacks that I think are pretty good, but come on — there are so many guest appearances on albums that a definitive “best of” playlist is impossible. Guest stars on Beatles records alone would blow away this piddly little list, but here it goes:

“I Make My Own Rules,” LL Cool J with Flea, Dave Navarro, and Chad Smith. During the Dave Navarro era of the Red Hot Chili Peppers, mama said knock this one out with LL for the Private Parts soundtrack.

“Pictures of Matchstick Men,” Ozzy Osbourne with Type O Negative. Also from Private Parts. Quick — who did the original version. No Googling!

“Little Sister,” Rockpile with Robert Plant. One of my favorites from Concerts for the People of Kampuchea. I always feel bad for the one dude who thinks there’s one more chorus.

“The Wanderer,” U2 with Johnny Cash. This one comes from the Faraway So Close! soundtrack.

“Some Kind of Nature,” Gorillaz feat. Lou Reed. Gorillaz is kind of a guest star band. It’s interesting hearing Lou in this context.

“Kick Out the Jams,” Bad Brains feat. Henry Rollins. What? You need another soundtrack cut? This one comes from Pump Up the Volume.

So there you have eight special guest stars. Whaddya got for me? I’m listening.